Auto Brands And The Value Of Toyota

Toyota continues to be the world’s most valuable auto brand, according to a recent study. But is it the most powerful brand? 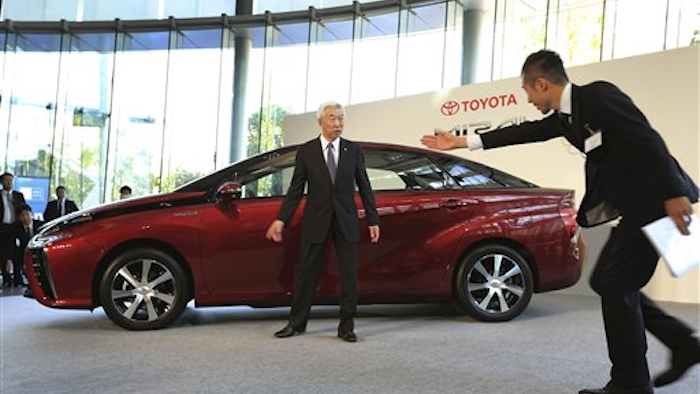 According the Brand Finance, Toyota has solidified its status as the world’s most valuable auto brand even among problems at the company. The impressive growth of 34 percent means Toyota’s brand is now worth U.S. $34.9 billion ahead of BMW (U.S.$29B) and Volkswagen (U.S.$27B).

Looking ahead, Toyota must negotiate the potential pothole of a 1.9 million unit recall of its Hybrid Prius model and the resulting loss of consumer confidence. Toyota has faced similar challenges in recent years. While brand value took a hit in the short term, it also rebounded quickly, suggesting that Toyota’s brand is powerful and resilient enough to see it through the latest issue.

Car companies have been causing a stir at the Geneva Auto Show. For instance, the brand value of Audi, which has just revealed its new TT, is up 30 percent to U.S. $7 billion. Jeep’s brand value is up to over U.S. $2.5 billion. Brands valued for the first time include Maserati (U.S. $693M), which presented its Alfieri coupe concept, Lamborghini (U.S. $677M) which unveiled the Huracan, which will replace the outgoing Gallardo and Tesla (U.S. $1.2B) whose share price is soaring as it forges a reputation as perhaps the only credible electric car brand.

Although Toyota is the world’s most valuable auto brand, Ferrari is the world's most powerful auto brand — in fact the most powerful brand from any industry. It scores highly on a wide variety of measures on Brand Finance’s Brand Strength Index, from desirability, loyalty and consumer sentiment to visual identity, online presence and employee satisfaction. Ferrari has made the strategic decision to cap production at 7000 to maintain the brand’s exclusivity.

Ferrari’s latest branding coup is its involvement in the launch of the ‘CarPlay’ system, which integrates a user’s iPhone into an onboard display. This collaboration between Apple, the world’s most valuable brand (worth U.S. $105B) and Ferrari, the world’s most powerful, could be the start of the ultimate brand partnership.

Overall, the auto industry performed strongly last year, thanks to a combination of global economic recovery and increased demand in both the United States and Asia. The brand value of the top 50 brands rose by $55 billion to $346 billion, and the gross margins of the five biggest manufacturers are the highest they have been for 10 years.

It’s certainly telling of Toyota’s influence that it has been able to endure a lot of bad press and still remain at the top of brand value and sales.  But with major changes in the automotive industry like GM’s new CEO and the formation of Fiat Chrysler Automobiles NV, we could be seeing the dawning of the automotive industry’s next generation.

You can check out an explanation of the methodology Brand Finance uses at brandirectory.com/methodology.