Since Detroit pleaded bankruptcy, we have been hearing all kinds of things about what killed Detroit. For one thing, high labor rates in Detroit have been touted. Volkswagon is opening a plant in Tennessee. But there are other theories. One is that engineers killed Detroit. 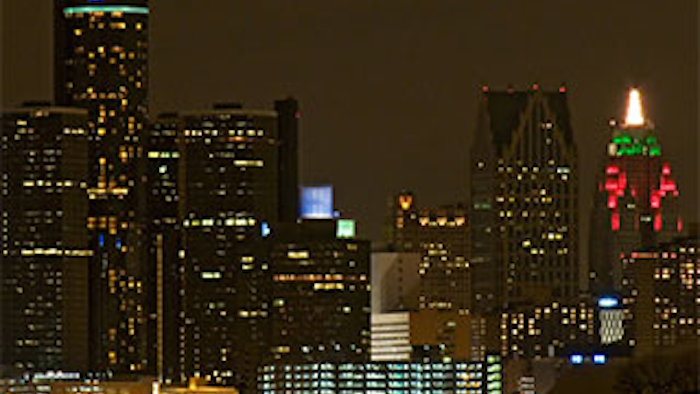 Since Detroit pleaded bankruptcy, we have been hearing all kinds of things about what killed Detroit. For one thing, high labor rates in Detroit have been touted. Volkswagon is opening a plant in Tennessee.

Located near Chattanooga, Tenn., the plant will pay starting workers about $27 an hour in wages and benefits, according to estimates by industry analysts. That's roughly half the $52 an hour cost of labor at the Detroit.

Well, that is going to hurt Detroit for sure. But there are other theories. One is that the government of Detroit killed Detroit.

Detroit, for example, can no longer go on borrowing, spending, raising taxes, and dangerously cutting such essential services as street lighting and police protection. So it stops. It goes bust. Cause of death? Corruption, both legal and illegal, plus a classic case of reactionary liberalism in which the governing Democrats — there’s been no Republican mayor in half a century — simply refused to adapt to the straitened economic circumstances that followed the post-World War II auto boom.

Well, that is a pretty good theory, and it fits in with my grandpappy's conception of government, "They are all crooks." Republican, Democrat. Don't make no difference. But the theory I like best is that engineers killed Detroit.

Those who rent cars are increasingly aware of the high quality vehicles manufactured by wrongly bailed out U.S. automakers. More on the bailouts later, but the fact that American cars drive so well today paradoxically helps explain why Detroit filed for bankruptcy last week.

If so many big names were so incapable of manufacturing cars that started each day, then it was certainly true that there was a market for carmakers capable of producing that which was stylish, and that would start. The Japanese proved particularly adept at the latter by virtue of manufacturing reliable, high gas mileage cars, and the Europeans proved skilled at the former while also producing very reliable autos for the upper end of the market.

Fast forward to the present, and seemingly all cars are good. No doubt some can point to outliers, but in general if you buy a car today you can rest assured that it will start tomorrow, a year from now, and five years from now. Those who purchased new cars in the last five years know this intimately, that the modern auto generally doesn’t break down all that often. In short, cars are simple, prosaic, and easy in a modern sense to manufacture well.

But because they’re easy to produce, there’s little advantage to be had in manufacturing them for the middle market.

The big profits of scarcity and few competitors is gone. And labor? Well, the demand for that is declining. Do you recall the problems the Chinese company Foxconn had with exploiting student labor that was building Apple appliances?

Foxconn has acknowledged using student “interns” on manufacturing lines, but says they are free to leave at any time. But two worker advocacy groups said Monday that they had spoken with students who said they had been forced by their teachers to assemble iPhones at a Foxconn factory in Zhengzhou, in north-central China.

Additionally, last week Chinese state-run news media reported that several vocational schools in the city of Huai’an, in eastern China, required hundreds of students to work on assembly lines at a Foxconn plant to help ease worker shortages. According to one of the articles, Huai’an students were ordered to manufacture cables for Apple’s new iPhone 5, which is expected to be introduced on Wednesday.

Well, Foxconn is in the process of fixing the problem. They are automating as much human labor out of their process as they can.

Foxconn Technology Group, the electronics manufacturing giant, has halted recruitment at one of its key plants in Shenzhen, due to plans to further automate its production processes, and a higher-than-expected return rate of workers after Spring Festival.

Liu Kun, a spokesman for the company, which makes various kinds of Apple products including the iPhone and iPad, said it had been on a steady course for a while to replace manpower with robotic systems.

"We have canceled hiring entry-level workers after Spring Festival, a decision that is partly associated with our efforts in production automation."