Too Big To Fly: Why Engineering Should Stay Small

Everybody has heard the now-clichéd term, ‘too big to fail’, and all of the negative connotations that are associated with said title. Also, I’m sure most, if not all, of you have heard or read something about the recent problems Boeing is experiencing with the Lithium Ion batteries. 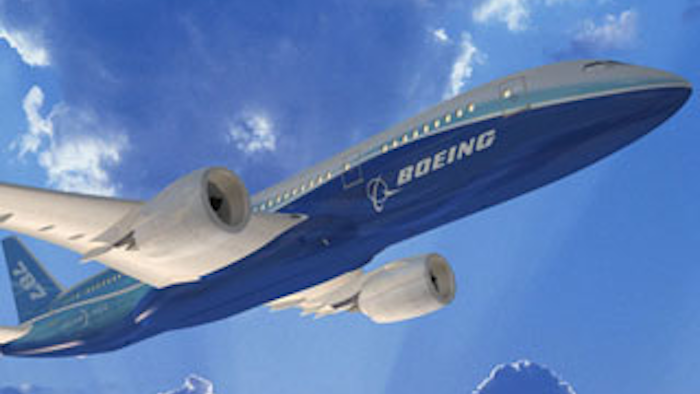 Everybody has heard the now-clichéd term, ‘too big to fail’, and all of the negative connotations that are associated with said title. Also, I’m sure most, if not all, of you have heard or read something about the recent problems Boeing is experiencing with the Lithium Ion batteries. It is also quite apparent, by the many responses and comments, that many of you have a thorough knowledge of Boeing’s engineering practices, the disadvantages (as well as advantages) of Li-Ion batteries, and the fiscal tragedy that has and inevitably will continue to hit Boeing.

This isn’t a jab at Boeing, rather, it’s an exploration of a flawed (or somewhat flawed) design process. All things considered, there is a lot to weigh in any design. We’d all like to imagine a world with unlimited budgets and no time constraints, but in reality, compromises in design are made with every concept. So, what did Boeing do wrong? That’s a trickier question.

Blame is being sloshed around in many different directions as to what caused the two incidents in Boston and Japan, but the deeper question is based on precautionary measures that were or weren’t taken, considering the somewhat more volatile nature of lithium batteries. The heavy question here is: what are the outlying problems that caused flaws, inaccuracies, or capability misconceptions to fall through the cracks, or even be outright ignored.

As with many safety and health issues, when the regulators catch wind of a problem, you can bet that it will be an expensive, drawn-out fix; whereas, some problems that could present major issues go by unchecked, simply because something hasn’t gone wrong yet. There are varying discrepancies on both sides of the Boeing argument in this regard. I’ve read about engineers saying that they had voiced concerns over the battery usage to no avail, but I’ve also seen news feeds from the National Transportation Safety Board (NTSB) that say the batteries are safe, or rather, not necessarily unsafe. Though, in the same article it was said, “lithium batteries are more likely to short circuit and start a fire than other batteries if they are damaged, if there is a manufacturing flaw or if they are exposed to excessive heat.”

So, after weighing the pros and cons of a clear flaw with lithium batteries, it was decided that lighter weight was more important than a potential flaming wreck. I’m being a little dramatic there, but I’m sure you see my point. Part of the issue here, is the size of a design team from a company like Boeing. From an objective approach, this major company has too much on one plate. Though there was confusion amongst the news media regarding what exactly caused the smoking batteries, many in the engineering community knew exactly what happened as soon as the incorporation of lithium batteries were mentioned.

While I’m not privy to Boeing’s exact engineering practices, and I hesitate to speculate, my guess is that such a large company is relegated to departmentalize their engineering, utilizing some sort of PLM and/or PDM software. While I can’t assume without doubt that communication was at fault for the battery folly, I’m sure communication is a prominent talking point betwixt departments in any large engineering environment.

This method of disconnected engineering leads to heavy specialization, but, in turn, a lack of connection with the final project. That distance from the final product has time and again been cited as the cause for a loss in quality. This is also true in manufacturing, customer service, as well as numerous other industries. This lack of connection, combined with the mild cutting of corners in design (typical for any company interested in profit), not only leads to a flawed design, but confusion if something goes awry. This video provides visual food-for-thought (fast forward to 3:05) spawning from the statements that lithium batteries are highly flammable.

Though, Boeing has said in an Associated Press article, “about 2,000 batteries of all types are replaced every year on its various planes,” so like anything else, batteries wear out and malfunction.

All of these things are quite forgivable. Let’s be honest, some companies get away with far worse atrocities than a battery that has a high potential for flammability and shorting, and Boeing was/is/has been trying to meet a heavy demand. Some errors or issues are bound to creep up on a schedule like that, but their band-aid only exacerbates the situation.

Boeing has purposed a work-around to get their 787s back in the air sooner rather than later. A Denver Post article said, “The interim fix includes a heavy-duty titanium or steel containment box around the battery cells, and high-pressure evacuation tubes that, in the event of a battery fire, would vent any gases directly to the outside of the jet.” The first thought that comes to mind; ‘is this a joke?’

So as long as the battery doesn’t blow up or become engulfed in flames, you can rest assured that the cabin won’t fill with acrid smoke thanks to this metal box. Though this measure hasn’t been approved by the FAA, it would get the Dreamliners back in the air by May. In the air, but still over troubled water, as determining the usability and safety of the batteries would still be under consideration, even after the band-aid.

Pending all of this, Boeing still has plans to ramp up their production before the end of 2013. Therein lies the problem with a massive company dictating engineering. Even their metal box-fix would have to be engineered in a hurry and installed in even more of a rush. What’s to say that more issues won’t be passed over or missed to get the 787s flying and their already delayed production schedule closer to pace?

Agree or not with Boeing’s methodology and engineering practice, the fate of the Dreamliner is in the hands of the FAA and their approval process.

What’s your take about Boeing’s design process? Should these batteries even be considered for aeronautic use? Where should Boeing go from here? Email chris.fox@advantagemedia.com or comment below.

The company is getting out of the industrial and government flotation product business.
Sep 8th, 2021

Even though it lobbied against strict emission limits and electric vehicle initiatives.
Sep 8th, 2021