Top Trends & Concerns For The Future Of Manufacturing

According to a recent infographic released by Advanced Technology Services, 3.4 million manufacturing jobs will need to be filled over the next decade. What’s even more daunting is that 60 percent of those jobs may go unfilled because of the skills gap. 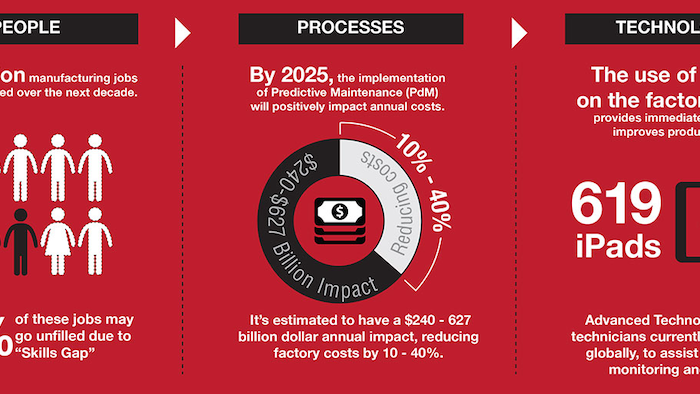 The skills gap is more than just another buzzword, for many manufactures it’s a sobering fact.

According to a recent infographic released by Advanced Technology Services, 3.4 million manufacturing jobs will need to be filled over the next decade. What’s even more daunting is that 60 percent of those jobs may go unfilled because of the skills gap.

In short, the skills gap is the gap between what employers need and what potential employees are offering. There are many issues that may lead to the increasing gap such as less people being interested in factory jobs or an “upskilling” of the jobs requiring education beyond high school. According to the Wall Street Journal, in 2000, 53 percent of manufacturing workers had no education past high school. By 2015, that number fell 9 percent, while the share with college or graduate degrees increased 8 points.

In addition to people, Advanced Technology Services also highlights two other aspects of the future of manufacturing — processes and technology.

Take a look at the information below and let us know what you think. How has to skills gap affected your business? How many manufacturers utilize iPads on factory floors? 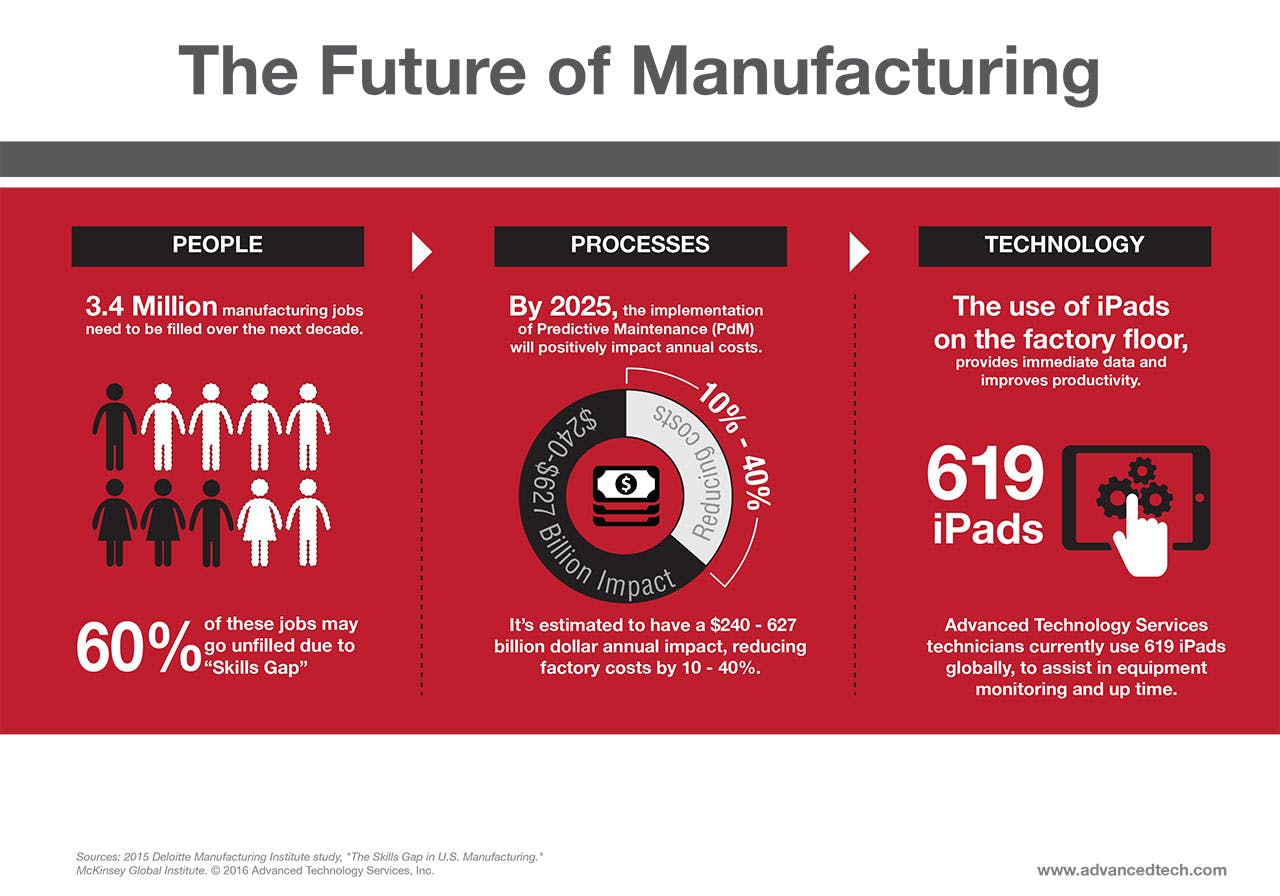