Why We Need Change For Women In Manufacturing

Today, International Women’s Day, presents the perfect opportunity to take a look at the state of women in the manufacturing industry. 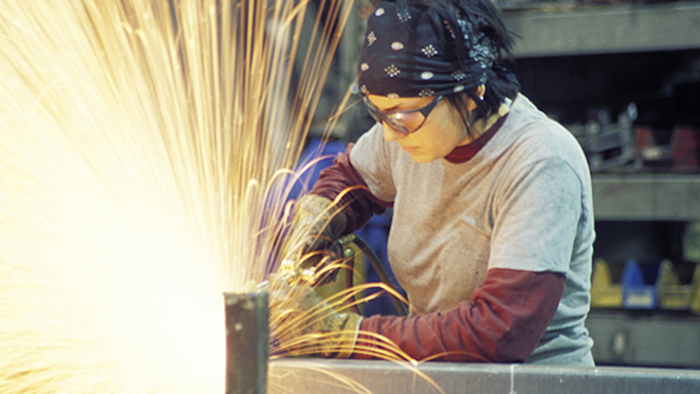 Today, International Women’s Day, presents the perfect opportunity to take a look at the state of women in the manufacturing industry.

This year’s theme is #PledgeForParity, which encourages all genders to take a pledge “to help women and girls achieve their ambitions, call for gender-balanced leadership, respect and value difference, develop more inclusive and flexible cultures or root out workplace bias” — all of which can and should be applied to the manufacturing industry.

According to a 2015 survey by the Manufacturing Institute, APICS and Deloitte, women make up nearly half of the labor force — 47 percent, to be precise — but represent only 27 percent of the manufacturing workforce.

Closing the gender gap presents another important opportunity for manufacturers as well: closing the skills gap at the same time. Women are an untapped source of talent for manufacturing, but they need to be attracted to (and retained within) the industry.

Including more women into a company’s workforce is beneficial in other ways, as well. A study by Catalyst showed that Fortune 500 companies with higher percentages of female executives had a 35 percent higher return on equity and 34 percent higher total return compared with their counterparts lacking women in leadership positions.

The Deloitte survey also showed that 73 percent of respondents felt women are underrepresented within their organization’s leadership team and 74 percent attributed that to an industry bias toward men and leadership positions. Two-thirds of respondents felt performance standards were different between men and women, and of those, 77 percent felt standards are higher for women.

Although 70 percent said they’d remain in their current industry if they were to restart their career today, only 24 percent would fully endorse a daughter or female relative to pursue a career in manufacturing, but 42 percent would endorse with caveats. Furthermore, over half of the respondents (53 percent) felt K-12 education does not encourage female students to pursue a career in manufacturing at all.

Although it can be argued that there is certainly more of a conversation beginning to take place in response to these issues, there is still a bit of work to do as far as implementing the changes that will close the gap.

So, What Do You Think?

What can manufacturers do to attract women to the industry and retain them within the industry? Tweet me @BetheABM or comment below.