On this day in 1919, a tanker filled with hot molasses exploded, killing 21, injuring several others and causing massive damage to the city. 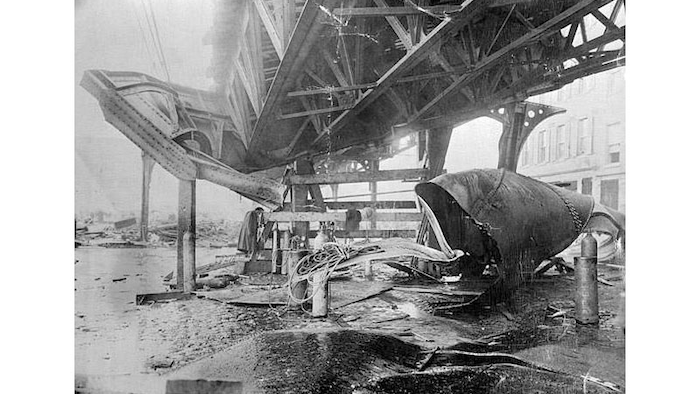 On this day in 1919, a tank filled with hot molasses exploded, killing 21, injuring several others and causing massive damage to the city.

The tank was 58 feet high and held 2.5 million gallons of crude molasses. It was located at the United States Industrial Alcohol Company building in the heart of Boston. It had reportedly been "unseasonably warm" during the day, and suddenly around lunch time the bolts on the bottom of the tank exploded, releasing an eight-foot-high wave of the hot liquid.

Massive amounts flooded out quickly, wiping out freight cars and destroying building doors and windows — and it even knocked down the local firehouse.

Molasses, waist deep, covered the street and swirled and bubbled about the wreckage ... Here and there struggled a form — whether it was animal or human being was impossible to tell. Only an upheaval, a thrashing about in the sticky mass, showed where any life was ... Horses died like so many flies on sticky fly-paper. The more they struggled, the deeper in the mess they were ensnared. Human beings — men and women — suffered likewise.

The cleanup took weeks to complete. In response to the disaster, more than 100 lawsuits were filed against the company, and after a long investigation, the company was found at fault because it had not used a strong enough tank to hold the molasses. The United States Industrial Alcohol Company paid nearly $1 million in claims settlements. 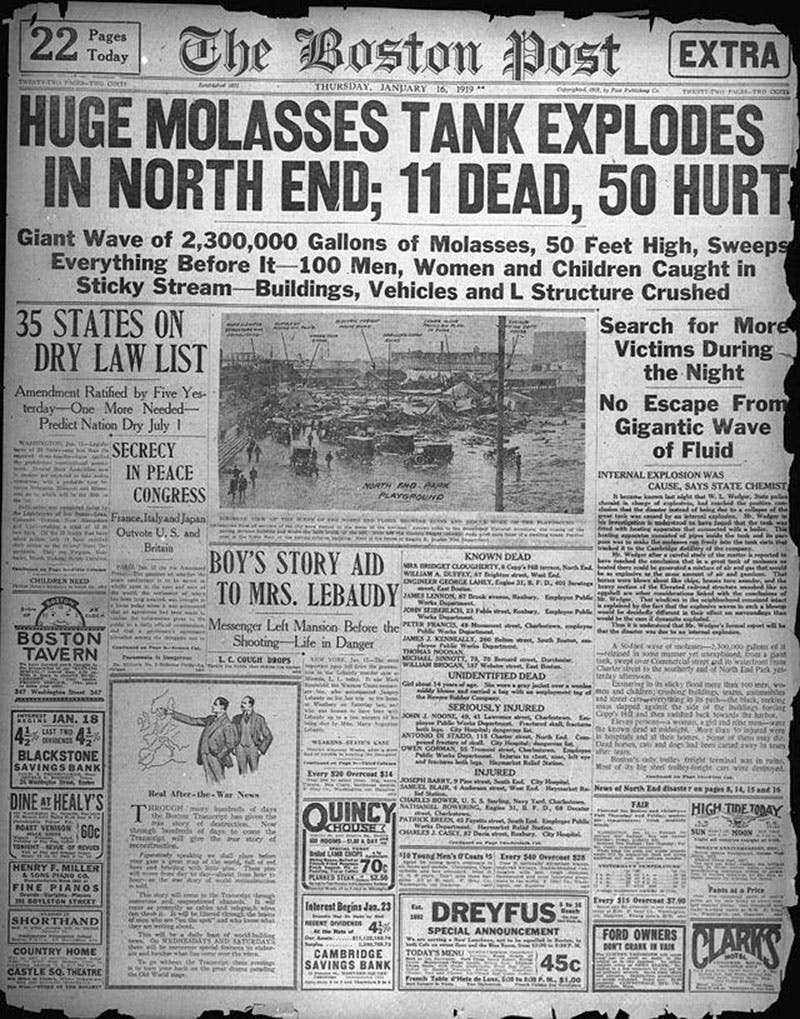 Coverage of the disaster from The Boston Post. Image credit: Wikipedia commons
Latest