This week U.S.-owned meat supplier, Husi Food Co., sold expired beef and chicken to McDonald’s and KFC. As the story continues to unfold, it appears more companies have been affected and are breaking ties with Husi. But one company is vowing to stand by them. 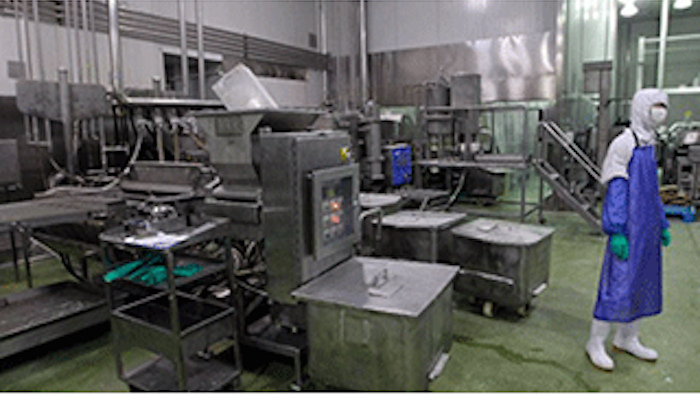 This week a Shanghai television station reported that U.S.-owned meat supplier, Husi Food Co., sold expired beef and chicken to McDonald’s and KFC. To top it off, a video shows employees in the factory dropping the expired meat on the floor, then directly returning it to the production line. As the story continues to unfold, it appears more companies have been affected and are breaking ties with Husi. But one company is vowing to stand by them.

Husi Food Co., owned by OSI Group of Aurora, Illinois, repackaged old beef and chicken with new expiration dates on them. This meat was then sold to McDonald’s, KFC and Pizza Hut restaurants doing business in southeast Asia, including China, Japan and Taiwan.  By day two of this scandal, it appeared that at least three more companies, Starbucks, Papa John’s and Burger King, were also involved in accepting tainted and expired meat. Not all companies dealt directly with Husi. Some companies discovered that their suppliers purchased meat from Husi.

In an AP report on Tuesday, a statement from Husi said, "Our company management believes this to be an isolated event, but takes full responsibility for the situation and will take appropriate actions swiftly and comprehensively."

As the story was unfolding, USA TODAY’s Bruce Horovitz reported:

"I think that all companies need to take an active role in regulating their supply chains," says Steven Addis, CEO of Addis, a brand-consulting firm. "McDonald's and Yum Brands in China should announce permanent food-safety procedures where all of their ingredients go through quality-control testing to assure the public of safety."

They stopped short of that action on Tuesday. But in a conference call with analysts, McDonald's CEO Don Thompson said McDonald's is taking the allegations very seriously. "If those things are confirmed at a higher level, we will deal with that effectively, swiftly and appropriately," he said.

This scandal is just the latest in a string of food-safety incidents affecting Chinese consumers. Beijing has repeated promises of stiffer inspections to curb widespread safety violations and adulteration of food products. Yesterday, making good on those promises, Chinese police detained five employees of Husi.  An official indicated illegal activity that was organized by the supplier, but did not specify what:

China's food safety agency said on its website that its investigators found unspecified illegal activity by Husi Food Co. but gave no confirmation expired meat had been found or other details.

Some of the illegal conduct was an "arrangement organized by the company," the deputy director of the agency's Shanghai bureau, Gu Zhenghua, told the official Xinhua News Agency.

With fast food operations disrupted throughout the region, and diners alarmed with the scandal, many of the affected companies continue to find new regional suppliers and break ties with Husi, except for McDonalds.

According to CNNMoney today, while many of its fast food rivals have rushed to cut ties with OSI, McDonald's said Thursday that it will continue to do business with the supplier. The American fast food chain will shift its sourcing to a Husi plant in Hebei, before fully transitioning to a new facility in Henan.

While every other company is quick to distance themselves from Husi, is McDonald’s making the right move by sticking by their supplier? It does say something about having faith in your suppliers to do the right thing, but is this partnership worth the risk? Are scandals just the occasional price of doing business?

Think back to the finely textured beef (often referred to as pink slime) scandal here in the U.S. and how that led to troubled times for Beef Products Inc. Husi is bound to have some problems, but maybe McDonald’s backing of the company will reduce the severity of those problems. With Husi’s parent company, OSI Group, located just a couple of towns over from McDonald’s own headquarters in the Chicago area, McDonalds may just be in a better position to keep tabs on their supplier. Tell us what you think and leave your comments below.