The FDA announced new regulations requiring chain restaurants, movie theaters and other retailers of prepared foods to include calorie labels on all menus. I believe the overhaul will act as a great source of information, but only for those who care. 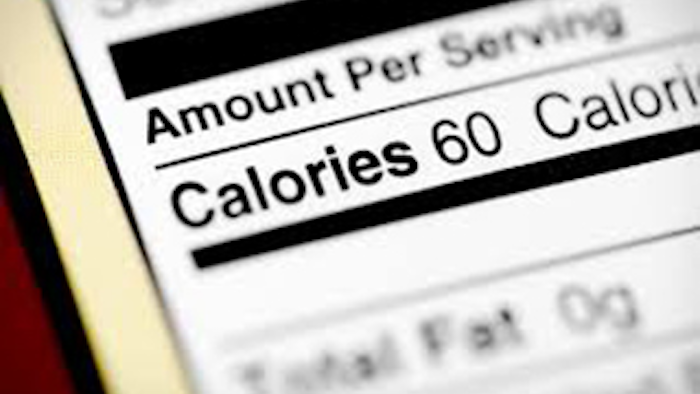 While counting calories may have been a time-consuming duty in the past, consumers may find the task a little easier after last week’s ruling.

On Tuesday, the Food and Drug Administration announced new regulations requiring chain restaurants, movie theatres and other retailers of prepared foods to include calorie labels on all menus and menu boards.

The ruling, which only applies to establishments that have 20 or more locations, will require companies to post the calorie content of food “clearly and conspicuously.”

According to FDA Commissioner Margaret Hamburg, the idea behind the ruling is to make consumers knowledgeable about what they are eating, in effort to combat the rising obesity epidemic in the United States.

“Americans eat and drink about one-third of their calories away from home and people today expect clear information about the products they consume,” Hamburg said.

While the labeling will only inform diners that a 2,000-calorie diet is used as the basis for daily nutrition, additional information, including fats and sugar, must be available upon request.

To help alleviate some confusion, I’ve included a sampling of what will and will not be labeled under the new rules. For a complete viewing of what the new rules will cover, check out the Federal Register here.

What will be labeled:

Foods that will not be labeled with calorie information:

Calorie labeling became a law as part of a health overhaul in early 2010, but Hamburg says writing the rules was a challenge because of the need to navigate concerns of the multiple establishments that sell food. Convenience stores, supermarkets and pizza deliveries lobbied hardest against the new rules.

Nutrition advocates often say customers aren’t well-versed in just how many calories are in those burgers and fries. While that may certainly bare true, I have to wonder if slapping a calorie count on everything will truly change consumers’ mindsets.

I believe the overhaul will act as a great source of information for those who care. The key phrase here, of course, is those who care enough to let the numbers impact their eating habits.

Do you believe the new labeling effort will help address the nationwide obesity epidemic, or is the FDA being too optimistic in its efforts?

Drop me a line below in the comments section, or feel free to reach out to me at kari.imberg@advantagemedia.com. I’m curious to find out where the rest of the nation sits on this new ruling.