Millennials Want to Ruin Everything

It seems that — if we’re to believe the hype — unless you’re Apple, a skinny-jeans manufacturer, or in the organic foods business, you can kiss your growth goodbye. But do Millennials really wield the power to tank every business with their reported anti-consumerism? 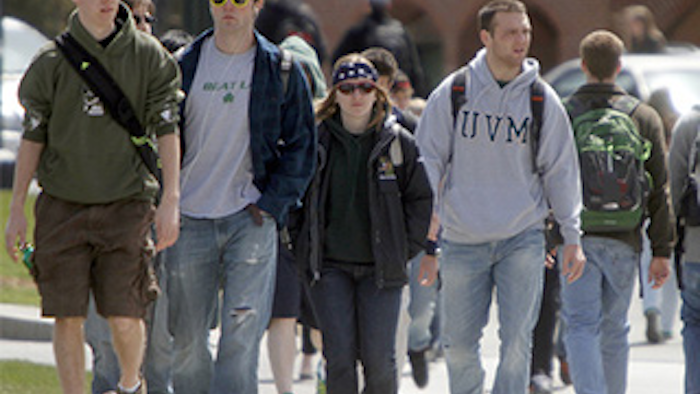 Or at least that’s what the media would have you believe.

Earlier this week, Time ran an article suggesting that Costco’s business model — brick and mortar bulk products with paid membership tiers — doesn’t mesh well with the Millennial (18 to 34 age group) mindset. Citing Millennials’ smaller dwellings and a lack of appeal of home ownership, cars and driving as the reason, it appears that buying in bulk is on its way out.

I took to Google for some additional viewpoints and discovered that Millennials hate banks, don’t trust Jay-Z (really?), and don’t go to church, get married, or have a political affiliation. The AARP claims that Millennials (“Generation McNugget”) don’t eat chicken with bones in it. I heard a speaker recently who said that Millennials don’t wear watches because they can use their phones to check the time, and hate the idea of multiple devices.

It seems that — if we’re to believe the hype — unless you’re Apple, a skinny-jeans manufacturer, or in the organic foods business, you can kiss your growth goodbye.

In my opinion, there is a little too much speculation going on as it relates to these generational gaps. Anytime a business starts slumping, analysts look for the first sign of an outdated business model. The Time article on Costco’s financials talks about how few “Likes” the company has on Facebook, compared to top competitors like Walmart and Target. In a statement ripe with impact, Time says “Costco’s Twitter page is reportedly inactive.” Allow me to respond as a true Millennial might: OMG.

But, do Millennials really wield the power to tank every business with their reported anti-consumerism? Are they really as entitled and indifferent as we’d like to believe? My bet is that they’re just broke.

While the evidence shows that fewer Millennials are buying cars, what’s more telling is probably the student debt. According to the Project on Student Debt, seven in 10 college seniors (71 percent) who graduated last year had student loan debt, with an average of $29,400 per borrower. From 2008 to 2012, debt at graduation (federal and private loans combined) increased an average of six percent each year.

This debt load, coupled with a weak job market, may simply mean this new generation is going straight from college to the school of hard knocks. While I can’t claim to know what the real problem is with Costco’s earnings, I find it hard to believe it stems from a Twitter hashtag. The less complicated viewpoint is that those living paycheck to paycheck (or with their parents) perhaps lack the resources to buy Greek Yogurt by the case.

There is a definite need for some businesses to adjust their models to accommodate this giant pool of consumers (and according to Pew Research, the American Millennial count is 77 million), but I think this level of Millennial distress could stand to ease up. Should you have a website? Yes. Does your competition sell online? You might want to think about raising the bar. But as a late Millennial with a watch, a mortgage, a car, and (yes) a Costco membership, I’d recommend you take this media frenzy with a grain of salt. In reality, we need to be sure we’re not creating scapegoats because we’re tired of talking about the effects of the Great Recession.

Are Millennials ruining your business? Leave your comments below.