With all the news and stories about U.S. manufacturing in the midst of a reshoring drive, a new report looks at the real numbers behind the push to bring production back to our shores. Yesterday, A.T. Kearney released its 2014 Reshoring Index, which looks at the rate and pace of the return of manufacturing operations to the U.S. 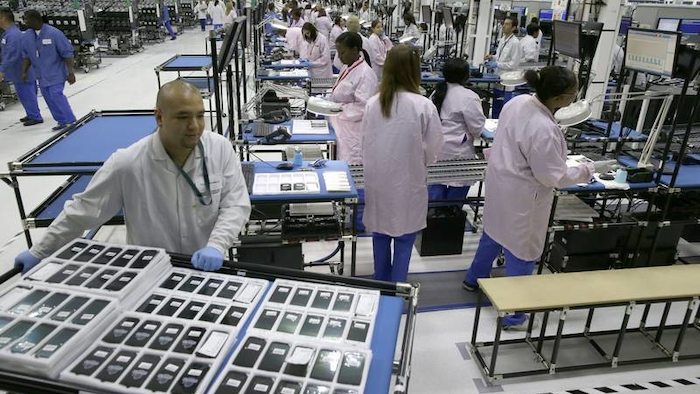 With all the news and stories about U.S. manufacturing in the midst of a reshoring drive, a new report looks at the real numbers behind the push to bring production back to our shores.

Yesterday, A.T. Kearney released its 2014 Reshoring Index, which looks at the rate and pace of the return of manufacturing operations to the U.S. The index looks at manufactured goods flows over a 10-year period to show the change in ratio between U.S. manufacturing imports and gross output during that time period. Even with a lot of reshoring talk in the U.S., the trend isn’t as big or significant to the economy as it appears. It shows a year-over-year decline, lower by 20 basis points from 2013, as offshoring to foreign manufacturing markets outpaces reshoring.

"Our goal was to find out for ourselves whether companies are indeed leaning toward reshoring operations, and if so, what are the motivators driving them,” says Patrick Van den Bossche, A.T. Kearney partner and leader of the firm's Americas Strategic Operations Practice and co-author of the Index. “We've been following these questions with interest since 2010, and have a growing database of 700+ reshoring cases across all industries."

Key highlights of the 2014 Reshoring Index include:

NPR reported that while there were just 64 reshoring cases in 2011, this year there will be around 300, with electronics and transportation equipment companies leading the way. The driving factors include energy costs lowered by the shale oil boom and a closing wage gap with China.

"There's a trend here that says that, 'yes, we are starting to manufacture more, we are getting more and more competitive,' but it's not quite yet showing in the economic data," Van den Bossche says.

In a recent blog Jason Tolliver, regional vice president for Cassidy Turley, indicates that the Boston Consulting Group found that 4 percent of U.S.-based manufacturers said they were either planning or strongly considering bringing some manufacturing back to the U.S. Plus, the Reshoring Initiative estimates that 15 percent of new manufacturing jobs added between 2010 and 2013 were previously located overseas.

Harry Moser, founder and president of the Reshoring Initiative told NPR: "No one claims — at least we don't claim — that you're going to see a million new jobs from reshoring next year. That would be totally irrational, irresponsible. And we don't have the workers, the skilled workers, to do it."

Moser adds that it took 60 years for offshoring to happen, so it’s safe to say that it’s going to take decades for it to reverse. Ten years ago offshoring was taking about 150,000 jobs a year from the U.S. Last year, the numbers of jobs lost to foreign countries and gained back through reshoring were roughly even.

Are the 2014 Reshoring Index numbers discouraging? Should more be done to encourage bringing production back to the U.S.? As the incentive to move overseas become less attractive to companies do you think reshoring will gain bigger momentum? Tell us what you think by leaving your comments below.