With the Affordable Care Act pushing more long-term treatment to be done at home, and patients demanding an increased level of autonomy when it comes to treating their conditions, many devices that were once only operated by skilled, educated technicians or physicians are now in the hands of relatively inexperienced patients. 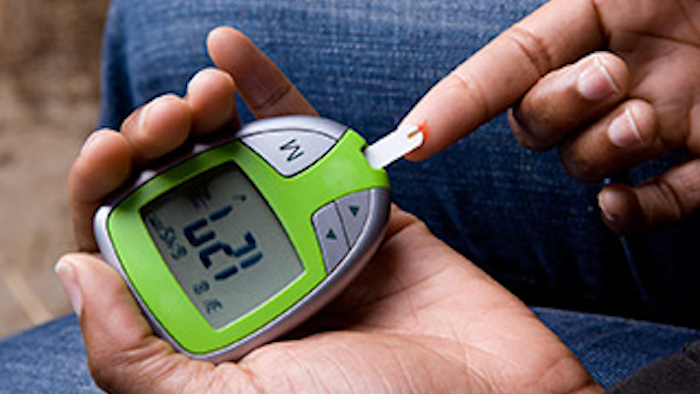 The home healthcare market is a burgeoning one, and is already shaping up to be a major arena for companies who have long been in the medical device manufacturing arena. With the Affordable Care Act pushing more long-term treatment to be done at home, and patients demanding an increased level of autonomy when it comes to treating their conditions, many devices that were once only operated by skilled, educated technicians or physicians are now in the hands of relatively inexperienced patients.

And while that may seem like a very specific issue only applicable to this one segment within a greater device marketplace, according to Mike Brousseau, manager for Intertek’s Safety Group, the lessons being learned in that area could actually have a great deal of applicability for the greater manufacturing landscape.

One of the most critical issues in the home healthcare market is usability — the ease at which a relatively uneducated patient can use the device in question. In the hospital, this was relatively easy standard for manufacturers to reach, by writing a lengthy manual explaining every function and relying upon a given hospital to train doctors and nurses on how to operate it safely and effectively. Manufacturers of industrial equipment, for example, conduct business much the same way — ensure documentation is sufficient, and customers pick up the rest of the slack.

In the home healthcare world, the manufacturer-hospital dynamic is distorted completely. Instead of a trained user, device manufacturers have to target an unknown level of knowledge. Documentation is one way to combat that loss Brousseau says, “The manuals are totally separate. Typically, you have a manual for the healthcare environment, and then when you go home, it's an entirely different manual. I recently saw a home-use manual that was still 270 or 280 pages long. And that was half of what the clinical version was.” Even then, manuals need to be written at a grade level that the patient can understand, no matter the age. Brousseau says an 8th grade level is minimal, and 6th is preferable.

To add to the complexity, home healthcare providers need to think about the type of people that are operating their devices, and ensure the ergonomics match. A button that is an inch-squared in a hospital environment might need to be expanded to three or four times that size in the home environment, in order to facilitate a variety of users. And, as Brousseau says, these device manufacturers need to be aware of changing conditions, in which a patient might lose the mobility or sensory ability to operate the device — multiple avenues of use is absolutely critical. In many cases, Brousseau says the use of pictures and symbols is increasingly common, particularly in an era of user-friendly devices like iPads.

Now, try to imagine a manufacturer being faced with a similar situation — at an Tier 1 automotive supplier, a new hire is sat down next to a large sheet metal stamping machine and told to operate it reliably and safely. Perhaps they’ve been told where the “start” and “emergency stop” buttons are, and been walked through the basic function, but have no experience in operating similar machinery. Clearly, this is an exaggerated situation, but it’s exactly the type of scenario home healthcare device manufacturers are facing.

And in both situations, the stakes are critical. Brousseau uses a dialysis machine as an example of a machine that, if not operated correctly, or subject to fault, could result in the death of its user. On the manufacturing side, this uneducated worker could cause a cataclysmic, damaging fault on the stamping machine’s operation, or get themselves severely injured.

The truth is that this type of uneducated worker is going to become more present in manufacturing facilities around the U.S. That’s not to say that younger generations are necessarily less able to tackle the manufacturing environment — everyone has to start somewhere — but with less educational focus on the trades, more people will be filtering in from other industries, and they may have never been on a plant floor before. Think about all the seemingly-intuitive knowledge that they might not have — basic steps like knowing that certain painted-in areas on a plant floor aisle are meant for walking, and others for forklifts.

If home healthcare has anything to say, it’s that designing for the lowest common denominator, as it were, or the least-educated worker, has real merit even when it comes to the most experienced user. And beyond that, the industry is also leading the way in terms of developing devices to be as generally foolproof as possible, in that they can function in a remarkable wide array of situations.

When it comes to the design phase of product development, Brousseau says that many home healthcare device manufacturers are targeting the home first. He says, “Companies are looking into making the systems as robust as possible going into the home. If it’s robust enough at home, then they know it's going to work in the hospital.” That connection could be drawn once more to the general manufacturing world, in which a product designed and found successful for that least-trained worker will most certainly also work for their more skilled compatriots.

Of utmost concern for home healthcare device manufacturers is the nature of the environment in which the product will be used. The “home” in healthcare doesn’t really mean just the patient’s house — it means anywhere they decide, or need, to bring their device. Brousseau says, “It’s not just hot and cold — it’s extreme hot and cold. You can go from a nice air-conditioned house at 70 degrees to outside, where it's 110, and into a car where it's 70 again. You have extreme temperatures. And it's a matter of making sure the unit operates the way it's supposed to operate.”

When it comes to product development, then, these companies are struggling with the task of making a product robust and reliable, but not so over-engineered as to make it inaccessible for patients. Brousseau says, “Companies know they can build it to the point where [the patient] can go SCUBA diving with it, but nobody is going to buy it because it's way too expensive.”

Again, these aren’t completely unfamiliar terms for industrial manufacturers, who see their equipment installed in facilities of wide-ranging conditions. At the same time, Brousseau seems confident that manufacturers of all types could benefit from taking on some of the biggest lessons learned in the home healthcare arena. A bevy of testing, such as using the services of a company like Intertek, can help reveal design flaws that might have otherwise gone untested, and unnoticed.

Beyond that, Brousseau says that the home healthcare market’s decision to design and build for the least-educated, least-able user could become increasingly relevant for the greater manufacturing space. He says, “The home is, for lack of a better word, the ‘Wild West.’ You have to start dealing with different types of people, such as children, or animals. You don’t know what you’re going to get.”

Sound familiar? Every plant floor is, in some way, another Wild West. The questions that home healthcare manufacturers ask themselves are relevant, in one place or the other: Is the device flexible in operation? Can it handle a variety of conditions? Can the manual be read and understood by someone with 6th-grade reading skills? In each “Wild West,” the answers could equate to a life-saving, or life-threatening, result.