How Veterans Could Help Manufacturing Fix The Skills Gap

When it comes to understanding the need for reliability and maintenance, it’s hard to look further than veterans — they know the stakes if a piece of equipment fails. As a former fighter jet pilot, Michael Aroney is familiar with high-risk endeavors, and what keeps them as low-risk as possible — maintenance is absolutely necessary to the equation. 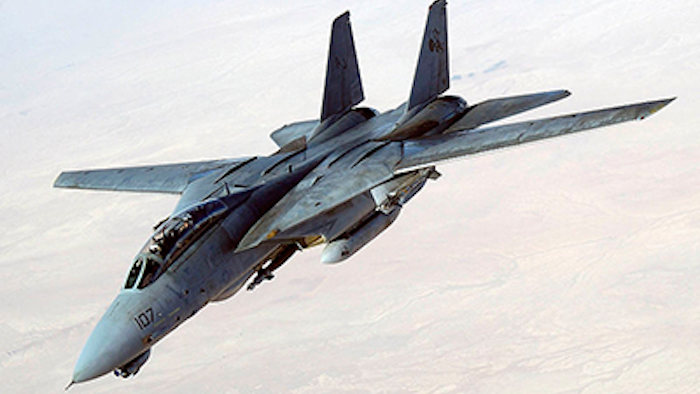 This is an all-too-familiar story: a young man or woman enlists in the U.S. military, completes their service — whatever that might be — and then finds themselves in a difficult period of transitioning back into civilian life. Sometimes, they’re carrying burdens from that service. Sometimes, they think the skills and qualities instilled into them through the military can’t translate to the lives that most Americans are living. And, in many cases, they truly struggle to find good work, which is fundamental to stabilizing the overall transition.

Michael Aroney and Alan Knight have both experienced these difficulties. Aroney joined the military in the 1970s because he was “looking for an adventure.” He flew the first F-4 Phantoms and F-14 Tomcats throughout a 20-year career. Knight served for five years during Desert Storm as a mechanic for M1 Abrams tanks and Bradley Fighting Vehicles, and then as a quality control inspector.

And while the day-to-day their military service was dramatically different, both men experienced similar difficulties in transition — trying to figure out how their skills might translate into well-paying jobs, and which industries they might be most qualified for. According to Aroney, most veterans “stumble [their] way” into work outside the military, which often means taking a job at a local sporting goods store, for example, or something else that under-utilizes what they’ve learned.

Since that difficult transitional period, Aroney has found work as a maintenance and reliability professional, and he’s been there for the last 18 years, “tapping into [his] experience keeping airplanes safe and reliable.”

Knight, on the other hand, says the transition was “a rude awakening, thinking that just because I was in the Army, my skills would transfer over.” He eventually found work as a truck mechanic making $6.50 an hour — far below a working wage and certainly not enough for the skills he had acquired in the military.

From there, he “stumbled” his way into a manufacturing facility where he began working on conveyors and other machinery. He adds: “There really weren’t a lot of call for military mechanics, even though the equipment we used was state-of-the-art.”

And to Aroney, that’s a major problem. He says, “If somebody had told us, three-to-six months before we had gotten out, that these jobs were available, we’d have gone there immediately. These young kids that are getting out [of the military] are being told they need a college degree. That’s not true. What they need to know is how their military training has prepared them to be a skilled craftsperson (who is) able to fix equipment in a factory to keep the plant running — just the same as the way they kept those tanks operational during their deployment.”

When it comes to understanding the need for reliability and maintenance, it’s hard to look further than veterans — they know the stakes if a piece of equipment fails. As a former fighter jet pilot, Aroney is familiar with high-risk endeavors, and what keeps them as low-risk as possible — maintenance is absolutely necessary to the equation. He says, “You want the airplane to do two things: you want it to take off, and come back to land. I have a balanced logbook — all my take-offs equal all my landings.”

Veterans in manufacturing — from hiring to culture

Two years ago, Aroney says, a typical manufacturer would look at a resume from a veteran and “their eyes would glaze over” at the military jargon, which doesn’t seem to translate well to operations on the plant floor. But since then, he manufacturers have “broken the code” as to what that jargon might translate into.

A big part of that shift in thinking is the ever-widening need for skilled technicians in manufacturing. Compare that to the fact that 400,000 military people will be leaving in the next two years, and there’s a massive potential to supply a demand that’s increasingly dire. But the current veterans have also done extraordinary work to prove themselves, both in technical aptitude and work ethic.

When it comes to technical skills, it would be harder to find people acquainted with more advanced machinery than veterans. Aroney says, “The military always has state-of-the-art technology, so these guys are learning tremendous skills on how to maintain and keep the machines operating within tolerances, which translates directly into what manufacturers are looking for.”

He says, for example, an ex-Navy submariner is a “golden” opportunity for any manufacturer — they understand to a degree most of us cannot the need to ensure that systems are reliable for the long haul, and they have the patience, drive and commitment to get the tough work done.

This submariner, for example, might not hold a college degree, Aroney says, but they have learned the skills and techniques to get the job done in a manufacturing setting. Military maintenance specialists are uniquely familiar with standard operating procedures — the military has a set process for all its equipment and all its maintenance people — along with the most prevalent processes, such as preventative maintenance, that keep plant machinery running smoothly.

Those skills are only half the equation when it comes to hiring veterans — the military instills in its people a certain work ethic and focus on accomplishing the mission that transitions well into the manufacturing world. Aroney says, “The military, over 13 weeks, tears us down as individuals and builds us back up as ‘battle buddies,’ where the emphasis is on ‘we,’ and mission accomplishment. We learn how to take the egos and set them aside and do what’s right for the mission.”

That emphasis on accomplishing the mission at hand actually leads often to quick movements up the corporate ladder — Aroney says that typically, in a span of three to four months, many veterans move into supervisory roles because of that dedication and work ethic. Knight says that in the military, the mindset is “pitching in, being able to think on your feet, making decisions on your own, and doing it quickly.”

If a company is in need of good managers to ensure plant floor staff stay on task, one would likely already be off to a good start in looking at the resumes that feature military experience.

What more can be done?

If one considers the personal histories of Aroney and Knight, there’s a few simple conclusions about the role of veterans in manufacturing. The first is that there’s a major disconnect between available jobs and the skilled people who are looking for them. Aroney is the first to say that the military isn’t stepping up to the plate here — to a degree, they simply don’t want the people they spent time and money training to leave as soon as they can — but manufacturers can also do quite a bit more than simply saying, “I guess I should do my civic duty and hire a veteran,” without much follow-through.

Acquiring that certificate can make a big difference between finding a job in manufacturing and accidentally stumbling one’s way into it. Aroney says, “If the Society for Maintenance & Reliability Professionals had been around when I was transitioning, I would definitely have done that.”

On the manufacturer side, there’s a lot more to be done, even before a veteran’s resume lands on a hiring manager’s desk. Part of that is branding, which means showing up to military job fairs and setting up a booth. Aroney says major companies are already doing that to a degree, but it’s not enough. As with young people who have do military experience, many veterans have a wrong idea about what manufacturing looks like today, and the benefits for pursuing a job within the industry. Advertising manufacturing as a place where veterans can utilize both their learned skills and leadership qualities would go a long way, and it would be an investment guaranteed to get a return, considering the aforementioned benefits.

Knight says, “If [manufacturers] want to tap into this workforce, it would be good to work with the organizations that do just that.” He suggests collaborating with an organization like Hiring America’s Heroes — a 503(c)3 non-profit organization helps bridge the gap between companies and skilled veterans by promoting best practices in recruiting, hiring, on-boarding and retaining throughout the military-to-corporate transition.

He adds: “The majority of the veteran applicants you have are going to have the qualities you look for in a worker, as far as what’s instilled in their character.”

When it comes to maintenance-focused veterans like Aroney and Knight, there’s no question they have the necessary qualities. They helped maintain vehicles that, if failing, could cost the lives of their fellow soldiers, and they understand the stakes at hand, even when it’s keeping a plant operational.

But there’s an even more simple truth at hand: manufacturing needs more skilled and dedicated employees, and there will soon be an influx of veterans who have the qualities necessary to be successful. Knight says, “The thing inherent about the military is the leadership training that goes on daily. Number one is that you’re constantly training the guy behind you to take your place. It’s instilled into you pretty thoroughly.”

There will likely be situations where an ex-military applicant doesn’t have the breadth of skills or familiarity with certain machines that a company is looking for. Say, for example, an applicant has worked on fighter jets but has never maintained a conveyor system. Typically, an HR manager might toss that resume aside, but Knight says it’s important to remember that military veterans are better at receiving training than just about anyone else in the work force — who else has had to endure 13 weeks of being rebuilt?

In addition, Knight argues, there are certain qualities instilled in the military — “leadership ability, decision-making ability, integrity and being accountable” — that translate across all career fields and all positions. So, even if there’s a little more training involved, there’s a better guarantee that the veteran candidate will have the intangible qualities necessary to make the best of that training and get off-and-running as soon as possible.

And who is going to argue with a man who knows how to tear down and rebuild a tank?