Manufacturing thrives on automation. Yet, when it comes to IT process automation, the good energy fades as many long-term, highly-skilled IT employees see process automation as less an ally and more a threat to their job security. 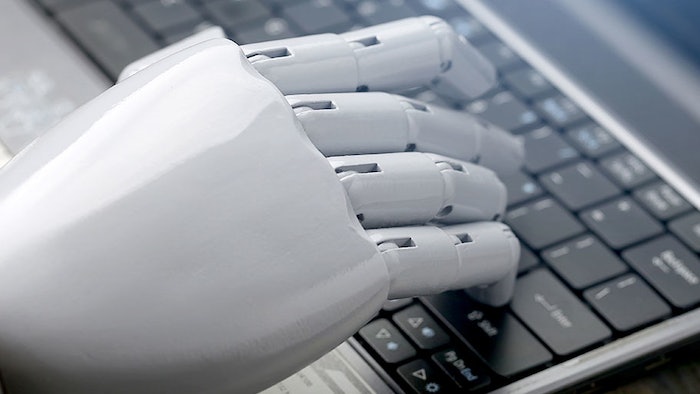 Manufacturing thrives on automation. Media outlets constantly tout the latest in robotics and other automation technologies, and we continue to eagerly soak up every efficiency-promise therein.

But it’s not like the industrial revolution, where automation was designed to replace workers. Instead, IT process automation can fuel growth, automating tedious manual processes and allowing your technical resources to focus on more strategic, growth-oriented initiatives.

The best way to address hesitation to automate is to recruit an automation champion. This individual, whether yourself or someone else from your IT team, can help drive the internal conversations needed to begin changing process automation perceptions.

Kick things off by having your automation champion proactively schedule one-on-ones with department heads. During these meetings, the two parties can discuss the benefits of process automation, such as simplicity and time-savings, specific to that individual’s department.

But what’s most important to discuss during these meetings is how automation impacts your customer. Because in the end, it’s the customer who most benefits – from accelerating efficiency to helping meet rigorous quality standards.

Aim for the Moon, not Mars

As these conversations occur, the automation hype should follow. If not, it’s time to put your automation where your mouth is. For that, you’ll want to choose the proper process to automate.

Initially, you may find yourself tempted to tackle a complex process bogging down the business. However, much like running a marathon, it’s best to train with smaller sessions before tackling the full thing.

For example, my team recently worked on a project with our company’s quality department. Previously, any and all approvals faced a lengthy list of signatures, all in a specific order, needed to garner full approval.

Knowing the process was far from simple, we met with the quality department and talked through the complexities, keeping an eye on ways to shortcut the process and simplify where possible.

Through this collaboration, we mapped a shorter approval process and developed an automated workflow for it, setting up activity-triggered notifications and updates. This pushed the approval process along faster, while also keeping a record of approval statuses in real time.

For your own efforts, it’s best to start small, learn and grow. Even simple processes can deliver huge returns on time once automated. More importantly, each successful initiative builds your credibility and grows positive sentiment in your organization, enabling even greater success in the future.

As your automation team’s reputation begins to grow, it’s likely other departments across the organization may begin to request automation initiatives of their own. While an exciting notion, these future initiatives will tend to be more complex in nature. To put your team in a position for success, it’s important to map out a process for the automations themselves.

For example, before any automation actually occurs, both the automation team and the department receiving the helping hand should meet to rigorously review current processes.

Specifically, the parties should brainstorm ways to streamline and accelerate the process up for review. After all, automating an inefficient process only makes you inefficient at a quicker pace.

As the projects come in, encourage your team to continue strengthening its own processes, finding a system that works regardless of the challenge at hand. By taking on new initiatives while focusing on your own process improvement, your team will soon be a well-oiled automation machine.

Speaking of future success, to maximize the benefits offered by process automation, it’s important to create a mentality of “continuous improvement.” Automating a process should not be the end goal. Instead, automation should spur the ongoing enhancement of your organizational processes.

The automation team should keep the conversation going by scheduling check-ins with various partner departments every three months for the first year after automation. After the first year, keep the door open for further improvement with semi-annual check-ins.

Ready to start automating? If you’re still wondering where to start, first, do your shopping for an automation provider. Some platforms will cater toward code-heavy teams. If you’re looking for a low-code automation platform, you’re likely to go with someone like PMG.

Whatever solution you end up going with, just remember establishing automation is a marathon, not a sprint. But once you’re running the race, you’ll move much faster than you were before.

Jon Jenkins is manager of IT business process automation at Kautex Textron.