Wearables In The Warehouse

Although it will take time for the trend to catch on, wearables will be widely adopted in the warehouse in the next five years. It offers companies a number of benefits that greatly outweigh the detriments and allows them to eliminate repetitive steps, such as quality assurance. 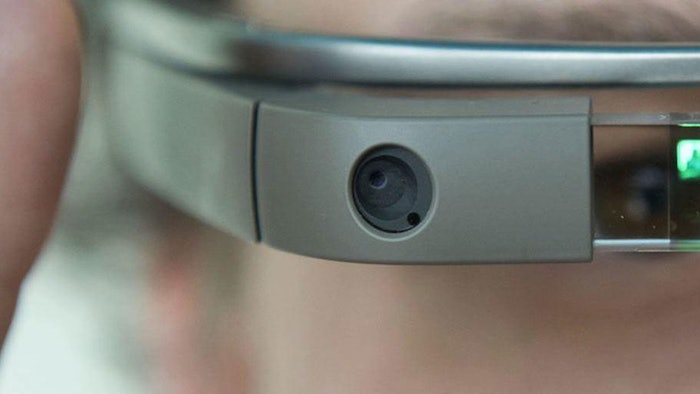 There’s much to be said about wearable technologies’, or wearables’, place in the warehouse. Indeed, wearable devices are now seen as a potential solution to adding more certainty to the ever critical order fulfillment point. Take pick inaccuracy as one example. A temporary warehouse worker, perhaps an employee hired for the busy holiday season, picks and stages an order in pallet, case and unit quantities. A manager then reviews the order for item accuracy, quality of items and appropriate labeling, using valuable time that could be spent elsewhere. Despite best efforts and oversight, pick inaccuracy still exists and this upsets the retailer, the client in this case (who has to explain to its customer why the order is incorrect) and costs the manufacturer money.

Now, imagine if that picker wore a device equipped with a camera that scans the barcode on the item before it is picked. The picker would know immediately whether the correct item was pulled and could course correct as needed before it gets anywhere near the customer. Additionally, the entire staged order can be checked for damage, labeling correctness and order accuracy without the supervisor performing a manual inspection. In this scenario, efficiency is optimized and the risk of shipping the wrong item(s) is significantly reduced, resulting in more streamlined warehouse operations and a satisfied customer who is much more likely to place another order in the future.

Recently, Exel, a division of DHL, announced its adoption of wearable “Smart-Glass” devices to assist with picking operations in the warehouse. Exel struggled with pick accuracy which was lowering staff productivity, especially with seasonal or temporary workers. Since deploying Smart-Glass on the warehouse floor, the company has reduced its packing and shipping time by an astounding 25 percent. Certainly, Exel’s productivity makes the case for other brands to follow suit in the near future.

Other wearable technology such as augmented reality, which provides users with an enhanced view of the world around them, is also beginning to be leveraged in the warehouse. The real key to augmented reality technology is the ability to track over, shorted and damaged orders. This gives a company visibility into when items are picked too often, when orders go unfulfilled and when orders are damaged during product handling. Augmented reality can also eliminate the need for inspection for quality assurance. Warehouse workers can look at a product, determine its condition, take a photo for quality assurance and then load it on to the truck for shipping or storage in the warehouse. This gives companies accountability for damage bills, access to images of products and improved quality assurance. It also allows them to provide proof that an item was not damaged before shipping. Given the increasing popularity of wearable devices, it’s clear companies are turning to technology to gain a competitive edge and improve warehouse operations.

This is not to say that all wearables are created equal. As companies consider where and how to invest in wearables, it is critical to weigh benefits and detriments associated with bringing this next generation technology into the warehouse.

While the direct benefits of wearables in the warehouse, such as increased efficiency thanks to improved picking processes, are clear, there are wider benefits that can be realized from the adoption of this and other technologies. One example is e-commerce. By combining the benefits associated with wearable technology with the ability to process orders faster, a company can significantly increase online revenues. An additional benefit is the ability to dynamically change pricing, with 100 percent accuracy, based on actual validated inventory. This is made possible through scanning items with wearable technology and adjusting the pricing based on available inventory. Having 100 percent accuracy is a critical point for dynamic pricing that is often overlooked as 99.9 percent inventory accuracy is not good enough if a business is trying to dynamically price inventory. This real-time visibility enables organizations to process more orders, closer to the dreaded cutoff time for next day delivery.

Wearable devices in the warehouse also have the ability to change the way companies do business, such as providing customers relevant offers during the point of purchase. Given the Internet connectivity this technology possesses, companies can experiment with increasing in-store and online capabilities. For example, wearable technology like Google Glass could connect what customers have purchased in an online order, begin to process that order in the warehouse and then offer the very same customer a discount on a related item also available in that warehouse. This means that when a customer places an order for sunglasses, while the order is being fulfilled, the company could determine inventory availability in the warehouse and send the customer a deal on another item, such as sun tan lotion. The sun tan lotion would be offered at a slightly discounted price, which is possible thanks to the reduced cost of not having to ship the two items separately.

Is it too good to be true?

With all the potential business benefits to wearables, there are of course also risks to consider. Wearable technology is not cheap: A Google Glass device currently retails for $1,500 and implementing it in a warehouse would be a considerable investment. Additionally, training staff to handle the technology appropriately could also take precious time and lead to decreased efficiency while they learn to use it.

Another potential challenge in wearable technology adoption is shrinkage. Keeping track of multiple devices in a warehouse setting could prove to be a difficult task. While companies should be able to trust all of their employees, theft or ‘shrinkage’ remains a main issue in the warehouse. The addition of such a flashy technology, like Google Glass, could result in increased shrinkage and require additional security measures and resources from a company.

To infinity and beyond

Although it will take time for the trend to catch on, wearables will be widely adopted in the warehouse in the next five years. It offers companies a number of benefits that greatly outweigh the detriments and allows them to eliminate repetitive steps, such as quality assurance. And while implementation will be expensive and time consuming to start, wearable devices will improve packing and shipping time and keep business moving at all times, including during the busy holiday season.