While the booming era of “going green” and “sustainability” in manufacturing has come and gone over the last few years, there are still innovative manufacturers that are working hard to reduce their impact on the environment. Interface Inc. has taken those efforts to another level with a program that not only utilizes recycled materials, but also helps impoverished farmers across the globe make a better living. 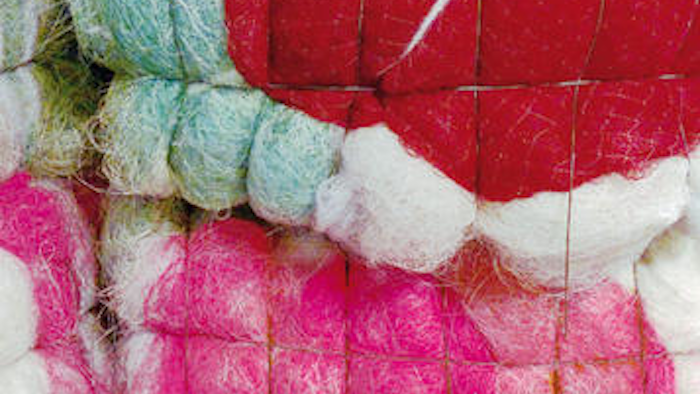 While the booming era of “going green” and “sustainability” in manufacturing has come and gone over the last few years, there are still innovative manufacturers that are working hard to reduce their impact on the environment and develop new and exciting ways of reusing waste products for their own benefit. Atlanta, Georgia-based Interface Inc. (NASDAQ: TILE), has taken those efforts to another level with a program that not only utilizes recycled materials, thereby reducing overall environmental impact, but also helps impoverished farmers across the globe make a better living for themselves and their families.

Interface is the world’s largest modular carpet manufacturer, and more than 20 years ago, its highest-ranking executives enacted a number of “Mission Zero” initiatives, which are designed to help the company reduce its use of virgin raw materials, eliminate oil as an energy source, and overall, reduce the company’s impact on the environment.

And to help further the company towards its goals, it has recently announced details on its “Net-Works” initiative — an innovative and comprehensive way to make a difference at every aspect of a product’s entire lifecycle. It’s truly an example of a manufacturer going above and beyond to not only create a good product, but one that can actually better those who contribute to it.

It’s well-known that modern-day commercial fishing is an expansive and environmentally-unfriendly practice. Whether it’s plain overfishing, the use of fossil fuels, dumping of fuel or waste products into the seas — there is a real toll to the local ecologies that is ravaging fish populations and destroying coral reefs. According to an estimate from the UN Food and Agriculture Organization, 640,000 tons of fishing gear is discarded annually, including countless “ghost nets,” which are nylon-based fishing nets that have been left behind on reefs or lost in the ocean.

Be sure to check out the gallery below to follow a "ghost net" through the process of collection to installation.

These wandering nets can entrap sea life of all kinds, killing them by starvation or suffocation, and even poses a threat to human lives. And out in thenatural world, they can last more than 600 years before degrading by natural processes. Via the Net-Works initiative, Interface was started working with the Zoological Society of London and the Project Seahorse Foundation for Marine Conservation to identify fishing communities that could aid in the collection of these ghost nets for recycling.

At this time, Interface is working with 26 poor coastal villages in the Philippines to encourage fisherman to gather and bundle discarded fishing nets for shipment to Aquafil, a yarn supplier, which has developed the technology necessary to recycle the nylon. Since the project’s inception, Interface has collected nine tons of nets, leading to cleaner coastal areas around the Philippine villages and the Danajon Bank barrier reef. It’s also an economic boon to those people, many of whom live at or below the poverty line — they can use the additional income to pay for a child’s education and better overall living conditions.

The story of these reclaimed nets doesn’t end there. The company is taking the yarn from Aquafil and turning that into an entirely new product line, called Net Effect, which is launching this fall worldwide. Its construction is unprecedented, particularly in the carpeting industry, with 81 percent total recycled content, and an industry-first 100 percent recycled nylon face fiber. At a company-wide scale, roughly 49 percent of Interface’s total raw materials are recycled or bio-based.

Nigel Stansfield, chief innovations officer of Interface, Inc., explained why the company is pursuing such a comprehensive sustainable lifecycle for its new product: “Expanding our supply chain via our partnership with yarn supplier Aquafil and investing in commercial fishing net reclamation is consistent with our company's ‘Mission Zero’ promise to eliminate our negative footprint, and it also gives us a glimpse into what being a restorative company — our ultimate goal — might look like. The ‘Net-Works’ program has allowed us to expand the sourcing for post-consumer fiber beyond reclaimed carpet, and ensures that Aquafil will have a steady stream of material available to make recycled yarn, helping us realize our goals for a 100 percent recycled carpet tile product.”

If there is a single given about the future of the supply chain and procurement of materials, it’s that the situation is going to become increasingly complex and prohibitively expensive. The ability to create unique-but-inexpensive methods of attaining that material might someday become a differentiator between companies that remain above-board and those that begin to falter. The Net-Works program helps Interface procure nylon at a financially-sustainable price and helps out people around the world at the same time.

On top of its current efforts, the company says its Net-Works team is scouting Indonesia and Cameroon for more potential locations to establish the supply chains for the nylon nets. There’s a big supply potential there and still elsewhere around the world.

Interface’s project seems to ask a relatively simple question: If something unique can be experimented with, why not try it? As manufacturers, the development of new ideas shouldn’t end with a single product. It’s understandable that many would balk at the overhead of a project like Net-Works, but there are total cost considerations to weigh — perhaps the increased administrative work is balanced by significant reductions elsewhere, such as needing to pay the fishermen less than buying the material raw.

The concept of a “restorative company,” as Stansfield mentioned, is particularly compelling. It is, perhaps, a good example of where the company may be headed, having already grabbed 34 percent of the marketshare in its vertical, and a robust global staff of 3,500. It’s a lofty ideal, yes, and there is always the need to make money — a corporation’s true goal. But there certainly is much room for every company to expand and improve its relationship with not only its customers or its employees, but those simply in close proximity, and those who are affected by the way they do business, however tangential.

Above all else, it’s exciting to imagine similar inventive ways that companies might deeper integrate themselves into various communities around the world. Could a manufacturer actually leave less of an impact after a widget has been created than before? It’s a remarkable proposition, and one that probably isn’t yet possible, not to mention profitable. But it’s not unlike hacking down a tree down while planting a few elsewhere. The simple steps sometimes make the biggest difference. Interface has already restored beaches while delivering a new product — what could be possible if only a few companies took similar pledges to improve elsewhere to offset what must be produced on their plant floor?