Growth And Value In A Volatile World, Part 1

Commitments to doing more business globally are accelerating in 2012 despite economic, regulatory, and other uncertainties. 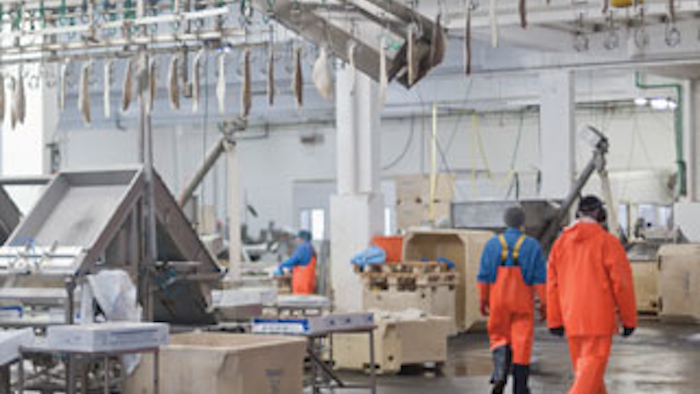 Commitments to doing more business globally are accelerating in 2012 despite economic, regulatory, and other uncertainties.

Commitments to doing more business globally are accelerating in 2012 despite economic, regulatory, and other uncertainties. CEOs see the fundamentals for future growth still squarely in place.

To understand how businesses are preparing for growth in their priority markets, we surveyed 1,258 CEOs based in 60 different countries and talked to a further 38 CEOs face-to-face for our 15th Annual Global CEO Survey. Delivering results: Growth and value in a volatile world explores CEOs’ confidence in prospects, and how they are building local capabilities and creating new networks for new markets.

CEOs are adapting how they go to market, reconfiguring processes, and at times entire operating models. They are also addressing risks that greater integration can amplify and are focused on making talent more strategic to pursue market opportunities.

This report looks at the key findings in the industrial manufacturing sector, based on interviews with 156 industrial manufacturing CEOs in 41 countries, as well as in-depth interviews with Douglas R. Oberhelman, Chairman and CEO, Caterpillar Inc., and David Cote, Chairman and CEO, Honeywell. To explore the full results of the 15th Annual Global CEO Survey, please visit www.pwc.com/ceosurvey.

The overall economic outlook strongly influences demand for machinery and equipment, the staple products of the industrial manufacturing sector. CEOs in the sector are downbeat about the global economy: 40 percent expect it to decline in the next 12 months, although they are actually slightly more optimistic than their counterparts in the entire sample. Confidence levels among industrial manufacturing CEOs are down this year and lag slightly behind the levels seen across the total sample. Still, nearly four-fifths of industrial manufacturing CEOs are somewhat, or very, confident of revenue growth over the next 12 months, although just 18 percent believe the global economy will improve.

One reason for this optimism about their own companies’ prospects is the fact that industrial manufacturing CEOs are willing to revisit their strategy. Altogether, 71 percent expect to change course this year—and 13 percent expect to make fundamental alterations. Concerns about economic growth are a big driver: 67 percent of those who are planning strategic changes are taking a potentially slow economy into account. But it’s by no means the only factor. Customer demand is just as important, with 68 percent of industrial manufacturing CEOs citing it as a reason to shift direction. Competitive threats also loom for 64 percent, compared to 56 percent of the total sample.

But industrial manufacturing CEOs are still being conservative when it comes to spending the cash that’s been saved: only 22 percent intend to make a major change to their capital investment decisions this year, compared to 36 percent last year. That doesn’t mean they are not ready to invest if the right opportunities arise, though: 35 percent are planning to complete a cross-border merger or acquisition in the next 12 months (compared to 28 percent of the overall sample).

Industrial manufacturing CEOs, like their peers in other sectors, are now focusing on the upside rather than the downside. They are refashioning their business models to cope with a world where the risks and opportunities are increasingly interconnected, but the sources of growth are often local. This presents three related challenges:

Defending against micro risks and macro disruptions: Managing the consequences of local risks that may become global disruptions—such as the political upheavals, nuclear disaster, massive floods, and unfolding sovereign debt crisis that occurred in 2011.

Getting the right talent: Putting the right employees in the right places and managing serious short-term problems (like the shortage of technically skilled people in mature markets and trained managers in emerging markets).

A sensible strategy for globalization today means more than building cheaply in one location and selling in another. CEOs are investing to create fully-fledged operations in their priority markets to build deeper relationships with their customers, innovate anew, take advantage of local talent and brands, reduce risk, access capital, strengthen supply chains, and achieve other business objectives simultaneously, depending on each market’s advantages.

In some countries, the manufacturing base is critical to overall employment levels, so governments have a natural interest. But while nearly half of industrial manufacturing CEOs worry that protectionism could prove a threat to growth, they are surprisingly blasé about any potential tightening of the rules: 58 percent are not concerned about the risk of over-regulation, compared with 43 percent of CEOs in the overall sample. Some are worried about taxes, though (see How taxes affect innovation).

Many industrial manufacturing companies already operate globally. Our sample reflects the global spread of the industry. Around half have business interests in Western Europe and North America, and around half have a presence in East Asia.2 Many also have operations in Latin America (43 percent) and Central and Eastern Europe/Central Asia (44 percent). Industrial manufacturing CEOs are very optimistic about growth in all regions of Asia and Latin America, while most expect their revenues in Western Europe to stay the same or shrink.

Tone From The Top

It’s critical to get growth markets right, and the commitment needs to come from the top. When asked how they would prefer to spend their time, nearly three-fifths of industrial manufacturing CEOs said they would like to devote more hours to developing operations outside their home markets (59 percent versus 49 percent of the total sample).

Which countries offer the best opportunities? The four BRIC countries fill four of the top six spots on the list—but traditional manufacturing powerhouses US and Germany make the cut, too.

What are industrial manufacturing CEOs looking to do in these markets? While finding new customers heads their agendas, that’s not their only goal. Those aiming to expand in China are more than twice as likely as the overall sample to say they are planning to access raw materials or components. This may be partly because China has imposed trade barriers on some metals to protect its domestic industries.3 According to the British Geological Survey, China is the leading producer of 27 of the 52 critical minerals and metals.4 While there are other countries in which some of these metals are produced, there are a few strategically important metals, such as rare earth elements, which are almost exclusively mined in China.

For forward-looking industrial manufacturing CEOs, another big reason to be in China is to understand their future competition. Last year, China surpassed the U.S. in manufacturing volume for the first time ever, producing $2 trillion in goods.5 In its 12th Five-Year Plan (2011-2015), the Chinese government highlighted energy-saving and environmental protection and high-end equipment manufacturing as two of the country’s seven strategic emerging industries. That means both sectors are likely to enjoy strong continued support.

Industrial manufacturing CEOs are turning away from simply selling the same products abroad and at home, especially when it comes to the biggest market of them all—China. A full 63 percent of those who see it as a key market say that their company is modifying its products and services to meet local needs in China, compared to 46 percent of CEOs overall.

PwC firms help organizations and individuals create the value they’re looking for. We’re a network of firms in 158 countries with close to 169,000 people who are committed to delivering quality in assurance, tax and advisory services. Tell us what matters to you and find out more by visiting us at www.pwc.com.