A Manufacturing Tax Write-Off Hangs in the Balance… Or Does It?

Time is technically running out for manufacturers to write off sizable sums for equipment purchased in 2013 as a tax rule hangs between its Dec. 31 expiration date and congressional action on the matter. The rule in question, Section 179, has been through many incarnations. 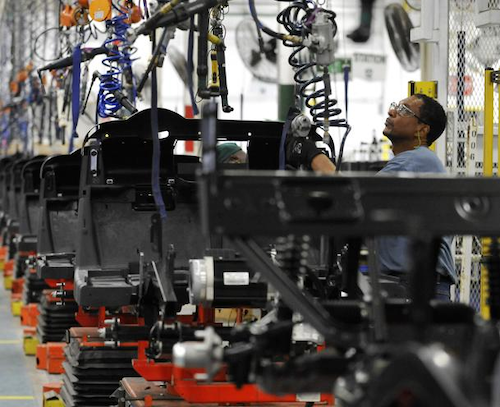 Time is technically running out for manufacturers to write off sizable sums for equipment purchased in 2013 as a tax rule hangs between its Dec. 31 expiration date and congressional action on the matter.

“I don’t think it’s ever been so hard to know at the end of one year what the laws are going to be in the following year,” said Al Talarczyk, an attorney, CPA and tax instructor at University of Wisconsin Law School.

The rule in question, Section 179, has been through many incarnations. The most recent was part of the American Taxpayer Relief Act for 2013. Section 179 includes a deduction that can be applied to the full price of most new and used capital equipment and some software items. The maximum deduction for the cost of new and used assets placed in service during 2013 is $500,000. A 50 percent bonus depreciation deduction is also available, but only for new equipment. Section 179 is generally deducted first, followed by bonus depreciation.

There are two rules that can further limit the amount deductible under Section 179.

The second rule states the deduction also cannot exceed the taxable income from the business computed before Section 179 is applied. Without an extension, the Section 179 maximum deduction limit is set to drop to from $500,000 to $25,000 in 2014, and the dollar-for-dollar reduction rule discussed above would be an amount of $200,000 rather than $2 million.

The spirit of the law is to encourage large manufacturers to buy more equipment.

“Bonus depreciation and expensing are tied to the rough economy,” Talarczyk said. “Section 179 changed in its original philosophy from a rule to keep things simple for small businesses to one that encourages businesses spending to help create more jobs with the government indirectly footing some of the bill due to the tax savings the provision generates for businesses.”

Before the United States hit its ongoing economic rough patch, Section 179 was more relevant to smaller manufacturers. It was designed to help them avoid complexity by simply writing off the total amount of capital investments, Talarczyk said. Section 179 has been due to expire several times since its introduction in 1981, but has often been rescued at the last minute or reintroduced retroactively. The rule got press a few years ago as the “Hummer Tax Loophole” because some businesses used it to buy and write off SUVs.

At the moment, the rule hangs in the balance.

Senator Max Baucus (D-Mont.), chair of the Senate Finance Committee, wants to set Section 179 deduction cap at $500,000 through 2014, then double it to $1 million with a phaseout at $2 million. Both figures would be indexed for inflation and the lists of purchases that apply broadened. Republican Rep. David Camp (R-Mich.), chair of the House Finance Committee, agrees with the permanent expansion of Section 179, but only to the tune of $250,000 and a phaseout at $800,000.

Though the situation looked different a few months back when the stock market and job growth were steadier, Talarczyk said support from both parties and both major congressional committees is good for Section 179.

“If I were a gambling man, I’d say that right now we’re likely to see an extension into 2014,” Talarczyk said.

However, he said that uncertainty reigns and waiting until next year to make purchases is tipped to risk.

“If you think your business needs this new technology or new equipment, why not buy it? In 2014, it’s not certain,” said Talarczyk.