Supply Chain Strategies And The Future Of American Manufacturing

China’s overwhelming manufacturing cost advantage over the U.S. is shrinking fast. Within three years, a Boston Consulting Group analysis concludes that rising Chinese wages, higher U.S. productivity, a weaker dollar, and other factors will virtually close the cost gap between the U.S. and China for many goods consumed in North America. 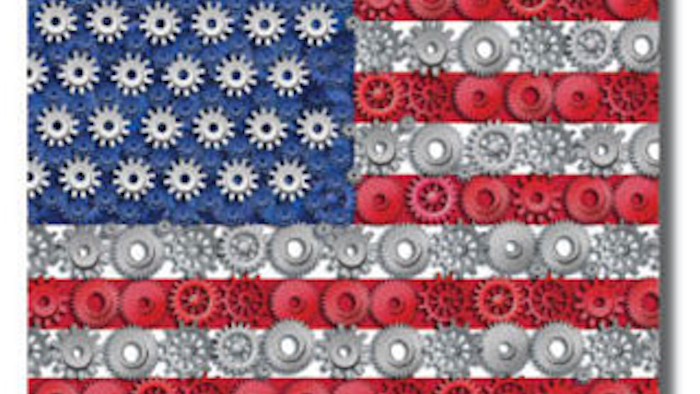 China’s overwhelming manufacturing cost advantage over the U.S. is shrinking fast. Within three years, a Boston Consulting Group analysis concludes that rising Chinese wages, higher U.S. productivity, a weaker dollar, and other factors will virtually close the cost gap between the U.S. and China for many goods consumed in North America. Bill Michels, president of ADR North America LLC, a specialty consulting firm that focuses on purchasing and supply chain management and senior vice president of the Institute for Supply management, recently sat down with IMPO to discuss supply chain strategies, government intervention, and the future of American manufacturing.

Q: Why will more and more manufacturing jobs continue to return to the U.S.?

Labor costs are increasing, and that’s an issue. Transportation costs are also on the rise, which offsets some of the benefits of offshore labor. The only reason why anybody would really look at China is the low cost labor. But that’s kind of gone away.

When you start thinking about the foreign sourcing market, it’s more of a ‘replicate’ than ‘innovate’ mentality, and so it’s difficult to get efficiency or Lean manufacturing for manufacturers. You have to really protect your intellectual property, which is difficult in places like China. So for those reasons, anything that’s going to require intellectual property protection may not be good to invest in overseas.

Q: What jobs are coming back to the U.S. – and which ones won’t be?

When I started my career, I worked with business machines and there were 300 people sitting on assembly lines. We had 12 assembly lines in the U.S. with people just screwing screws, tightening bolts, and making adjustments. I think building robotics, maintaining robotics, building software integrations, and building systems – those are the jobs that are going to come back to the U.S. I think the jobs that I worked with in the start of my career are the ones that are going to remain overseas.

The only thing that will be different from that is if a company builds its entire supply chain around key resources overseas, as someone like Apple has done. I don’t see those jobs coming back. It’s because the technology isn’t in America, the know-how isn’t here, and the skill set isn’t here. So how fast can we change the skill set? Because if other countries are investing in education, it’s going to bring that skill set forward and then we have a competitive disadvantage as a country.

Q: Do you think U.S. schools are doing a good job preparing the future manufacturing workforce?

I do not. I really don’t. You need the math and science skills, technical skills, and computers. When you look at what people are coming out of schools for – they can’t read, they can’t write, and they’re not very technical at all. So I think that’s something that we really need to focus on.

We’re no longer a country that thrives on mechanical skills and we’re still teaching people a lot of mechanics. Or if they don’t go into mechanical jobs, they go into service jobs, so I don’t think there are many good programs that are currently preparing our employees. I think there’s going to have to be some retraining.

The government needs to consider two things: One, incentives for people to upgrade their factories and retain their workforce. Two, they need to provide training for the new skills and they’ve got to work with educators to make sure they enhance the technical and science skills, because I don’t think the mechanical skills are going to take workers into the future anymore.

Q: How can the U.S. get young people interested in a manufacturing career?

I think we need to really enhance our schools’ math and science programs and really get them into engineering programs. Right now, we’re losing engineering capability, we’re losing people who are generating patents, and we’re generally falling behind the world in terms of engineering skills and technical skills. I think the area we need to focus on is mechanical and electrical engineering.

Q: What are some of the factors that are helping the U.S. become a lower cost country, and also more flexible and productive at the same time?

I think the factors that are helping us are, firstly, we’re building integrated supply chains in the U.S. that can support the manufacturing jobs. We are using some near-country labor, out of Mexico, so that’s kind of helping when you can’t compete internally.

The other thing that’s helping the U.S. is the fact that consumers are now demanding U.S.-made products and understanding the impact of going overseas. American manufacturing provides risk diversification so we’re not going to be suffering if there’s a flood in Thailand. We’ll have near-country sources and if we have multiple sources or duplicate resources, then we won’t be at risk at all. When you combine that with increasing labor rates in China and increasing freight rates, you’re really offsetting the benefits that you get by going to China. So we’ve got some offsetting things that are helping us – we’ve got energy costs at the lowest point when you consider how much gas we have. We’ve got energy going in our favor. We’ve got increasing costs in foreign countries and we’ve got a ‘Made in America’ attitude developing that’s making a preference for U.S.-made products. So I think when you add all those up, the market is right for driving manufacturing in the U.S. again.

Q: What role can the government play in helping manufacturing jobs return to the U.S.?

Q: Are any companies finding that it makes sense to build manufacturing operations overseas?

You have to think about diversifying risk, automating, increasing foreign labor costs, and the complexities of doing business abroad really, really hard. Those complexities are tough. But then there are so many unknowns when you look at it. And you’re never going to build anything in, let’s say China, that requires intellectual property. It’s just too risky and there’s no protection at all for your intellectual property. So the kind of things that are being built over there are kind of, non-exclusive, generic types of products. So is there a better place?

When you start to think about low cost countries, China is changing. The next low cost country is going to be Africa. As soon as you get the infrastructure, everything will bail out of China and move to Africa.

There will always be a need for low cost labor, but any sophisticated process or any automation process that you can think about is going to offset that labor. The only advantage you get for going to a low cost country, in reality, is labor. Unless you build the supply chain, like Apple has, where you have the technology, and you have everything built over there. It’s very difficult to pick it up and move it all back.

When you’re building something new, you really have to look at all the litigation, all the risk mitigation you have, all the exposure you have in terms of the wage going up, and the freight going up. Because once the wages go up or shipping costs go up, it doesn’t make sense to go for the low labor costs because any savings are eaten up by the freight and the time. Your supply chain is lengthened, your inventory investment is lengthened, and just your cycle time is so long that changes don’t occur very quickly. And your costs increase as you move overseas. And while you’re making it here, you can make it just in time; you can have the components made, shipped, and in – you don’t have that 15-16 week offset.

Q: What do you see for the future of low cost countries?

We’ll always have these markets emerge and these low cost countries emerge, but again, the complexity of the business, the length of the supply chain, the cost of the investment to have the inventory out there, the inability to make quick changes in the marketplace all kind of inhibit it and point to the U.S.