Cone Of Silence On Enforcement News From U.S. Labor Department

In all, OSHA issued 33 enforcement news releases in November, and over 50 more from Dec. 1 until just before Inauguration Day on Jan. 20. 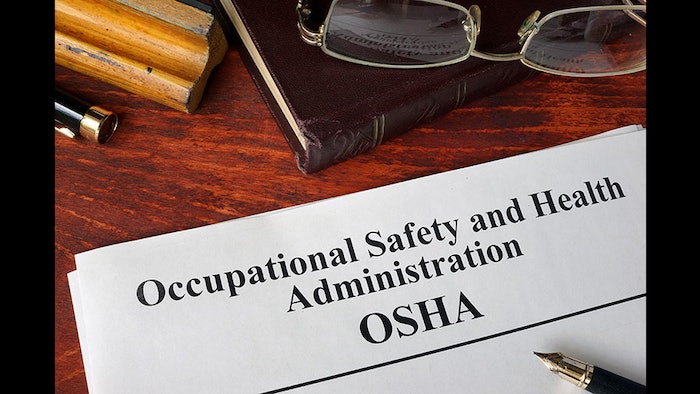 In November, the U.S. Occupational Safety and Health Administration announced fines against businesses with workers who were killed when they were pulled into a wood chipper, burned in a refinery fire and crushed in collapsing grain bins and construction trenches. In all, OSHA issued 33 enforcement news releases that month, and over 50 more from Dec. 1 until just before Inauguration Day on Jan. 20.

But since then, OSHA hasn’t issued a single news release about penalties or other enforcement actions by federal authorities. The same goes for a second Department of Labor division, Wage and Hour, which in previous weeks had announced the recovery of back wages for peanut processors in Georgia, hotel staffers in New York City, commercial painters in Texas and cafeteria workers at the U.S. Senate building.

Neither OSHA nor Wage and Hour officials have responded to requests for comment on why they have gone silent on enforcement news for six weeks. At issue is more than basic public relations. The Labor Department for years has used news releases to single out bad actors and to deter violations by other employers who fear that they could face penalties and damaging publicity too.

Jordan Barab, the No. 2 OSHA official in the Obama administration, said his agency used that strategy because it “basically had to leverage our resources as much as possible to increase our impact” due to its relatively small size. According to union researchers, it would take OSHA working at its normal pace 145 years to inspect every workplace under its jurisdiction just once.

As a result, according to Barab’s ex-boss and former OSHA chief David Michaels, “Failure to publicize OSHA’s activities means many employers will not think to abate their hazards and more workers will be hurt.”

Neither Michaels nor Barab, however, said that they have seen evidence of inspections being halted by OSHA. In addition, an official still at the Labor Department said, ”We’re definitely still out there doing our cases, doing our litigations. … That stuff is definitely still going on. It’s just being able to tell the world about it that’s the struggle.”

The Labor Department official also said, “I haven’t heard anything officially where they say they’re going to stop” issuing releases. Rather, he said, it’s “a pause.”One factor could be that the transition at the top of the Labor Department has been slowed by the withdrawal last month of Trump’s controversial initial nominee for labor secretary, Andrew Puzder, a fast-food restaurant executive. The replacement choice for the job, R. Alexander Acosta, still awaits confirmation hearings.

In 2009, however, the last time the White House switched hands from one party to another, there was no similar halt in Labor Department news releases. A FairWarning check of OSHA’s enforcement archives confirms a steady stream of press releases during 2008 under the Republican administration of George W. Bush and on through the transition into the Obama presidency.

“The thing about the Obama administration and the previous administration is that they clearly used the bully pulpit to let all businesses know that workplace injuries and illnesses can be prevented,” said Deborah Berkowitz, OSHA chief of staff from 2009 to 2013.

The Obama administration news release output continued until two days before the Trump inauguration. In the final weeks, press releases announced, among other things, that John Deere agreed to pay $275,000 to settle allegations by a whistleblower that he was fired for exposing unsafe conditions; the U.S. Postal Service was assessed $520,000 for violating safety and health standards; and an Alabama auto parts supplier for Kia and Hyundai was hit with a proposed $2.5 million in fines related to the death of a worker crushed in a robotic machine.

Meanwhile, along with the absence of enforcement announcements, the Trump administration and Republican-led Congress have begun efforts to scale back workplace regulations.

In addition, on Wednesday, the Labor Department proposed a delay for a regulation aimed at further protecting shipyard, construction and industrial workers from airborne exposure to beryllium, a toxic metal.

The delay, the department said, will provide further time to scrutinize the rule in keeping with a Trump directive on trimming government regulations. OSHA has previously estimated that stronger exposure standards for the toxic substance would save 90 lives a year.

FairWarning Editor’s note: On Friday, March 10, the Wage and Hour division broke its silence by issuing its first enforcement news release since Jan. 18. Officials announced a settlement agreement with Unwrapped, Inc., a Lowell, Mass,, sewing factory, providing back wages and damages of $890,021 for 327 workers. The firm, which was charged with failing to pay proper overtime and minimum wages, will also pay $293,000 in a separate settlement with the Massachusetts Attorney General’s office, which took part in the investigation. As of March 10, OSHA still had not announced any enforcement actions since Jan. 18.

Myron Levin contributed to this report. This story was reported by FairWarning, a nonprofit news organization based in Pasadena, Calif., that focuses on public health, consumer and environmental issues.