A Shifting View Of Safety: From Productivity Drain To Driver

It became clear from listening to speakers at the Safety Leadership Conference 2016, sponsored by EHSToday, that the battle between safety and productivity is coming to an end in many organizations. 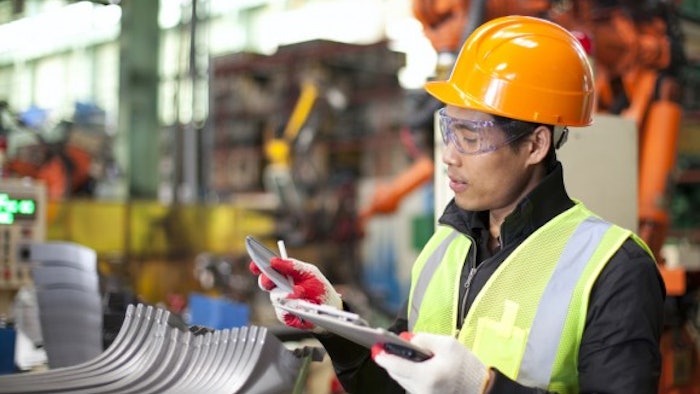 It became clear from listening to speakers at the Safety Leadership Conference 2016, sponsored by EHSToday, that the battle between safety and productivity is coming to an end in many organizations. Increasingly, the mindset that safety is a productivity burden is being replaced with the contemporary view that safety can be a productivity driver.

Case in point: The kick-off session provided by Shawn Galloway of ProAct Safety and Mark Eitzman of Rockwell Automation reviewed studies indicating that best-in-class manufacturers obtain 5 percent to 7 percent higher OEE and 2 percent to 4 percent less unplanned downtime – all while experiencing less than half the injury rate of average performers.

So how do best-in-class manufacturers – defined as the top 20 percent – beat the competition in both productivity and safety? By implementing comprehensive safety programs that address three key areas: improving safety culture, implementing plant and engineering safety procedures, and using technologies that minimize downtime while helping to protect workers.

“You can obey all of the rules and still get injured,” Galloway said. “Culture is a byproduct of leadership and influence, not just rules. It’s focusing on mindset, not simply the absence of injuries.”

Rockwell Automation has collaborated with cultural-development firms such as ProAct Safety to measure and recommend solutions in each of these three areas using the Safety Maturity Index.

In another session, Mike Porter of Goodyear discussed how his company is implementing this three-pronged approach in the notoriously challenging tire industry. He commented that safe production requires a lack of interference. And individual procedures, behaviors, and technologies all contribute to this goal in the form of quality raw materials, processed on well-designed machinery, operated by conscientious workers.

Two sessions focused on the productivity gains that can be realized by implementing alternative protective measures (APMs) to lockout/tagout. The sessions discussed how APMs can take advantage of the OSHA Minor Servicing Exception to maintain compliance while also improving productivity and removing incentives for workers to bypass safety systems.

The APMs that are implemented, however, must not bring increased risk to workers for services performed during normal operations, when the service is routine, repetitive, and integral to the production process. This requires engineering the operation to be sure that production continues or downtime is minimized, yet workers do not face any increased risks.

For example, rather than lockout/ tagout, a machine might use a safe-speed technology to be brought to a slower speed when a worker is accessing machinery and then quickly returned to full operation when that worker is done. Such APMs can save significant production time.

Safe-speed technology can also be used as a protective measure when implementing collaborative robot applications. Paul Santi of FANUC America discussed how collaborative robotics can enhance the manufacturing workforce, enabling people to become more efficient while reducing their exposure to physical burdens and potential injuries.

The use of robots that collaborate with people presents a uniquely different set of possibilities on the plant floor that allow human and robot interaction. In addition to improving productivity and reliability, collaborative robot applications offer the potential to reduce strain for an aging workforce in manufacturing.

Tap Into the Power of Safety Data

In another example of how technology is changing the face of safety and productivity, Dave Krieger and George Schuster of Rockwell Automation discussed the power of safety data in The Connected Enterprise.

They showed attendees how contextualized safety information, which is readily available in today’s plant-floor controls, can give EH&S and engineering teams valuable insights into the use and efficiency of their safety systems and the systems’ impacts on production processes. They discussed the use of critical safety measures as a comparison tool to help identify risks, equipment compliance issues, worker behaviors and misuse of safety interlocks.

It was yet another example of how safety is no longer simply a cost of doing business for manufacturers. Rather, it can be harnessed to optimize both safety and productivity on the plant floor.

This blog was originally posted on Rockwell Automation here.