Just as employees cannot master new skills relating to their job role without practice, they cannot be expected to perform flawlessly during an emergency unless they have experience dealing with these particular types of stressful situations. 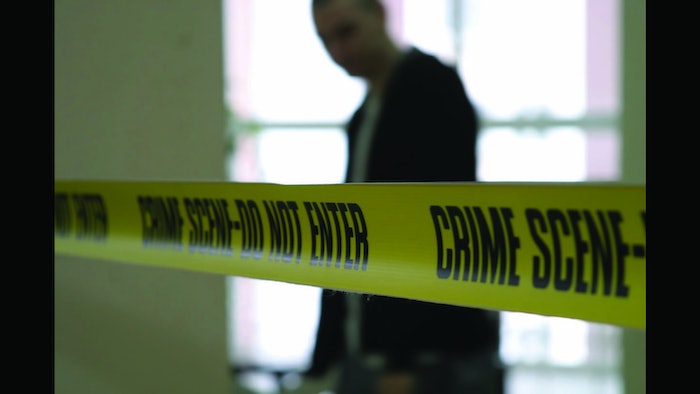 As the national conversation regarding violence in the workplace suggests a heightened awareness stemming from increased media coverage, recent studies suggest there may be statistical evidence supporting this perceived frequency. According to the U.S. Bureau of Labor Statistics, about five percent of all businesses experience an instance of workplace violence each year. For larger organizations with over 1,000 employees, this rate is increased tenfold to 50 percent. A 2014 report from the FBI found active shooter incidents in the U.S. now occur on an average of once a month. Of these incidents, almost (45.6 percent) occurred at a business while nearly a quarter (24.4 percent) occurred at Pre-K to 12 schools and institutions of higher learning.

Although active threats and the environments where they take place can vary from incident to incident, the common threads found throughout can be woven together to create the fabric of an effective and successful safety program. Developing a plan of how to respond to an active threat, however, is not enough. Just as employees cannot master new skills relating to their job role without practice, they cannot be expected to perform flawlessly during an emergency unless they have experience dealing with these particular types of stressful situations.

Mindset to Clear the First Hurdle

More often than not, active threat training is the elephant in the room. Everyone has seen or heard of incidents, but are reluctant to take the steps toward mitigation. The reasons may vary from believing it’ll make employees more fearful than empowered to worrying the training might not be “right” for the team. However, looking the other way is not a solution to any problem, much less one with harmful consequences.

The aforementioned statistics illustrate an increasing probability of an active threat incident, making it less an if and more a when. Unfortunately, violence doesn’t discriminate on where it can take place, so the entire enterprise – be it headquarters, warehouse, or storefront – should be involved in preventative measures. Breaking through the barrier of apprehension begins with a holistic approach: one team, one goal. Leadership should evaluate the type of training fitting for their organization’s culture, articulate the vital importance of such training to employees, and clearly explain how the training will be implemented.

Additionally, engaging in regularly scheduled workplace safety drills can at first seem intimidating. Members of the organization may consider the suggestion a type of fear mongering. But, the reality is practice makes perfect and in an active threat environment it can save lives. Armed with this knowledge, leaders can lay out a response plan and develop methods for calmly introducing the need to rehearse said plan to employees, just like fire drills, severe weather drills and other emergency procedures.

Violence is seldom a cookie cutter affair and as such a “one size fits all” response is likely an ineffective solution. Conversely, having too many threat-specific responses can be confusing, if not outright dangerous. While different threats do warrant varying responses, a series of “stovepipe” procedures can cripple a person with tunnel vision during a high stress scenario.

All active threat response plans should be built upon the same principles so even if the minute details are lost in the heat of the moment, team members can still make informed decisions to ensure the safety of themselves and others. Streamlining processes encourages a quick implementation and retention of information.  Knowledge increases confidence, confidence increases decisiveness, and it is decisive action in a critical incident that saves lives.

With that said, practicing applying flexible response plans to a variety of threat situations is encouraged. Familiarizing employees with protocols for various weapon threats, single and multiple person attacks, bomb threats and other possibilities empower them to be able to push down panic and stick to the plan in the heat of the moment.

A cohesive “one-team” mindset supported by a response plan based on fundamentals and foresight cannot take place without clear communication before, during, and after a critical incident.  The language plays a critical role in an active threat response program and can dictate the program’s success or failure. Such language should be consistent with current policies and procedures so the program is both effective and legally defensible.

Each company will need to tailor its active threat response plan to fit its culture and workplace environment. Thankfully, a simple concept utilized by premier agencies already exists so organizations may build a clear and coherent plan based on: “Run, Hide, Defend.”

During drills, company leaders should notice incidences when employees are not utilizing proper language. If instances like this occur, additional training meetings should be scheduled to remind all employees of the importance of being able to communicate clearly and efficiently during a threat situation. Clearing any confusion before an incident occurs is essential to successful plan execution.

Communication during a critical incident is by no means limited to employees, but extends to customer interaction as well. How company communicates around and with customers during an active threat incident can play a vital role in minimizing harm and mitigating supplemental harm as a result of panic.

Every active threat mitigation plan should include an emergency communication strategy which may contain one or two common components: First is the use of a code like “Code Adam” alerting employees to a specific issue while customers and vendors remain unaware of any possible issues. The second option is to use “plain English” so that everyone quickly gains situational awareness.  For example, instead of using “Code Red” for an active shooter incident, the alert would announce there is an active shooter situation in progress so employees, customers, and vendors can take decisive actions to seek safety.

Whatever method of communication is determined best for an organization, during drills some employees should be designated as customers, vendors and any other third parties that may be present at a business during a threat. In addition to rehearsing how employees should interact, leaders should also analyze if employees know how to safely communicate the active threat plan to people who have not received company training.

Every active threat situation will unfold differently, especially since external factors such as the weather, type of environment, and other variables can present unpredictable outcomes. By being proactive over what that can be controlled, such as implementing sound training strategies, companies can be prepared for and respond to an active threat to the best of its ability. Through the empowerment of its most valuable assets – its people – companies can mitigate risks, protect the safety of its employees, customers, and community.

Force Training Institute (FTI) is a Los Angeles-based consulting firm specializing in critical incident response and active shooter mitigation training. Founded and operated by former and current military and law enforcement officials, FTI has quickly earned its name as a trusted source for emergency preparedness through services rendered to industry leaders such as Rite Aid, Ford, REI, Gap, and Boeing.