One Manufacturer's Purpose-Built, American Made Story

Most manufacturers launch their businesses with a product first. But for Vincent Chu and the rest of the team at Yesler, the product concept was the second step; first and foremost was that Yesler — whatever it might be — would be made in America. 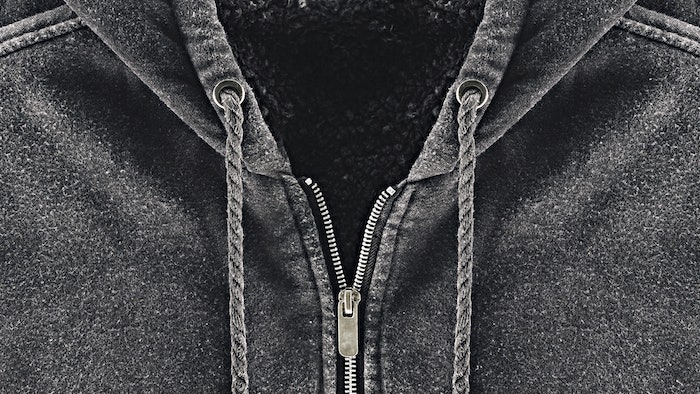 This article originally appeared in the January/February edition of IMPO Magazine. To view the digital version, click here.

Most manufacturers launch their businesses with a product first. But for Vincent Chu and the rest of the team at Yesler, the product concept was the second step; first and foremost was that Yesler — whatever it might be — would be made in America.

For Chu, a short stint with GE more than a decade ago was an experience that really planted the seed for where he is today: living in Seattle as a marketing executive by day, and by night launching a technical outerwear company from the ground up. Fresh out of college at the time, Chu worked as a software engineer in the Milwaukee suburb of Waukesha. Shortly into his career there, GE embarked on a round of offshoring that sent a significant number of the local jobs to India.

Although Chu was able to “dodge the bullet” at the time, his first experience with the realities of offshoring left its mark. “You saw communities cratered by this sort of thing. That has never left me — just seeing that, year one outside of college,” recalls Chu. “Nothing felt safe. It made a profound impact.”

Years passed and Chu migrated to the Pacific Northwest where he climbed his way up the tech ladder, finding a home today with a dot-com startup. But as he flourished professionally, Chu was always nagged by a longing to give back. “I wanted to make something — that’s just how I’m wired,” says Chu. “And I wanted to make something impactful and meaningful. So I started looking at how to make an impact.”

From an impact standpoint, Chu was drawn to the apparel and textiles industry — a market segment that used to account for millions of jobs in the U.S. but has since lost significant footprint to Indonesia, Bangladesh, Vietnam, China and other lower-cost countries. According to USA Today, about 650 textile plants closed between 1997 and 2009, draining thousands of jobs and depressing communities.

For Chu, this was particularly compelling from his vantage point in the Pacific Northwest — an outdoor enthusiast’s playground — where active Americans were abundant, but American activewear wasn’t. “Athletics is sort of our natural pastime here, and it struck me as ironic that we all participate in or watch some type of athletics or activity, but none of the gear that we suit up with is actually made here,” he says. “That just does not seem acceptable to me.”

So a company whose mission was clear now had an avenue — activewear. But it was important to Chu and his team that Yesler not be just another “hoodie” provider. This gear would be American-made, and it would also be purpose-built. Inspired by Seattle’s tech scene — and ubiquitous drizzle — the Yesler Technical Hoodie was born. The Technical Hoodie offers a soft and breathable Polartech fabric construction, designed to repel wind and water while providing flexible movement — an alternative to a bulkier cotton option.

Once Yesler completed the design, they used Kickstarter as a next step, not only as a way to fund the first production run, but also as a barometer to gauge demand. In early October, Yesler’s Kickstarter launched, and hit 100 percent of its goal in under a day. When its campaign came to a close after 30 days, it was more than 300 percent funded. “Our initial milestone was to get enough to meet a production minimum. So now that we’ve exceeded that, with the remaining funds we can have a full range of inventory beyond the production run for this,” says Chu. “What that enables us to do is to shop this around and get it inside stores, as opposed to just selling online. It also gives us enough run room to develop this out via a different variance on the hoodie, or a full-on product line around this high-end technical outdoor piece.”

Yesler’s production, at least for now, will be done through contract manufacturing. For Chu, it’s important that the relationship with the producer be a partnership rather than a vendor/ customer dynamic. “The nice thing about making something here in the states, when you’re our size, is you’re able to have a conversation with someone who is willing to be a partner, as opposed to someone who just wants to take a PO and have a vendor relationship,” he explains. “So that’s been a key piece in making this work — cultivating relationships with local factories because they want this business as much as we do. So it’s been mutually beneficial.”

Long term, Yesler hopes to become a bit more vertically integrated by taking manufacturing in-house, when it makes sense, in order to cut some costs and gain efficiencies.

And as it relates to overall cost, Yesler is emphatic that Made-in-America isn’t always going to lose when it comes to competitive pricing. To those who might suggest that one simply can’t make an apparel product here and be competitive: “I’d say that’s not entirely true. It depends,” says Chu. “From an actual numbers perspective, you might be surprised by how little you’re actually saving over the long haul (by going offshore).”

In parallel, Chu continues, there are still many people out there who are willing to pay for the value of something being made locally. “It means something to people. There’s value in making something here in the states. People find value in that, and if you can create value, that, to me, is creating competition.”