ISM: A Well-Balanced, Solid End to the Year

Manufacturing expanded in December as the PMI™ registered 57 percent, a decrease of 0.3 percentage point when compared to November’s reading of 57.3 percent. A reading above 50 percent indicates that the manufacturing economy is generally expanding. 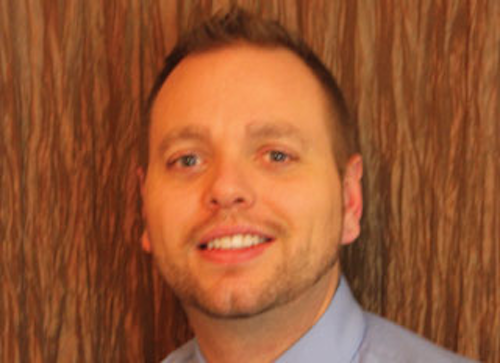 “The Institute for Supply Management (ISM) index for manufacturing activity was 57.0 in December 2013, down slightly from 57.3 the previous month,” noted Daniel J. Meckstroth, Chief Economist for the Manufacturers Alliance for Productivity and Innovation (MAPI). “An index above 50 signals growth and the higher the number, the faster the growth. The December index is relatively high—over the last 20 years, the monthly index has equaled or exceeded that reading only 17 percent of the time.

“Orders, shipments, and employment were all at very high levels in December, signaling that the fall manufacturing production rebound continued through the end of the year,” he added. “Industrial activity is being driven by the ramping up of the housing supply chain and strong motor vehicle production as consumers meet pent-up demand for shelter and transportation. Investment spending is accelerating for energy projects, aerospace equipment, medical equipment, and industrial machinery. While government policy gridlock is not conducive to investment, the uncertainty seems to be somewhat less of a barrier since the short-term federal budget agreement.

“December’s PMI is the second highest number in the last two and a half years,” says Bradley J. Holcomb, CPSM, CPSD, chair of the ISM Business Survey Committee. “It’s a very strong number, a great way to finish off the year and especially consistent with the trend set-up by the momentum in the second half of 2013.”

ISM’s New Orders Index registered 64.2 percent in December, an increase of 0.6 percentage point when compared to the November reading of 63.6 percent. This represents growth in new orders for the seventh consecutive month, at a faster rate than in November. A New Orders Index above 52.2 percent, over time, is generally consistent with an increase in the Census Bureau’s series on manufacturing orders (in constant 2000 dollars).

ISM’s Production Index registered 62.2 percent in December, which is a decrease of 0.6 percentage point when compared to the 62.8 percent reported in November. This month’s reading indicates growth in production for the seventh consecutive month, at a slightly slower rate than in November. An index above 51.2 percent, over time, is generally consistent with an increase in the Federal Reserve Board’s Industrial Production figures.

“The New Orders Index is up and at the highest number since April 2010,” adds Holcomb. “People should feel real good about new orders. Now the Production Index is certainly related, but also independent of new orders in that it tries to balance production to available labor. So available labor in December is probably down due to vacations and holidays, so I wouldn’t make too much of the Production Index going down a tick when the New Orders Index goes up a tick. Both are strong numbers that continue to grow.”

The Inventories Index registered 47 percent in December, which is 3.5 percentage points lower than the 50.5 percent reported in November. This month’s reading indicates that respondents are reporting inventories are contracting, following two consecutive months of growth in raw materials inventories. An Inventories Index greater than 42.7 percent, over time, is generally consistent with expansion in the Bureau of Economic Analysis’ (BEA) figures on overall manufacturing inventories (in chained 2000 dollars).

“There’s a little bit of a story there,” explains Holcomb. “At 47 percent, this is really an unwanted decrease in inventory, because you don’t want to get caught short when you anticipate strong new orders. The number is a consequence of continued strong production and consuming inventories, but also the fact that supplier deliveries have slowed faster. So suppliers are having a hard time keeping up filling orders for new raw materials inventories. What you get is a good thing, because it means that the supply chain is tight and suppliers are running fast to catch up.”

ISM’s New Export Orders Index registered 55 percent in December, which is 4.5 percentage points lower than the 59.5 percent reported in November. December’s reading reflects growth in the level of exports for the 13th consecutive month.

ISM’s Imports Index registered 55 percent in December, which is the same percentage that was reported in November. This month’s reading represents the 13th consecutive month that the Imports Index has registered at or above 50 percent.

“Exports at 55 percent is still a strong number,” says Holcomb. “It had gone to higher levels in the last couple months, so just keep in mind we’re coming off 59.5 and 57 percent in November and October. So we’re just kind of settling down off of those, perhaps anomalous highs in those two months.”

The ISM Prices Index registered 53.5 percent in December, which is an increase of 1 percentage point compared to the November reading of 52.5 percent. This month’s reading indicates an increase in raw materials prices for the fifth consecutive month. In December, 20 percent of respondents reported paying higher prices, 13 percent reported paying lower prices, and 67 percent of supply executives reported paying the same prices as in November. A Prices Index above 49.7 percent, over time, is generally consistent with an increase in the Bureau of Labor Statistics (BLS) Index of Manufacturers Prices.

“The Prices Index number is good in that it’s so low and so moderate,” explains Holcomb. “If you look at the list of prices that are up, it’s a relatively short list. If you look at 2013 in total, overall pricing increases were less than 1 percent. It’s predicted to be somewhere between 2 and 3 percent for next year, which is very moderate.”

“The Employment Index reflects increasing confidence in the road ahead, because it’s not a seasonal impact,” says Holcomb. “We take seasonal hires out, so it’s a solid number suggesting confidence in a continuation in new orders.”

As another year closes, it’s a chance to compare results to previous years. In 2011 and 2012, the second half of those years fizzled out a bit. With 2013, the year started out kind of so-so the first half and really stepped it up in the second half, so in that regard, you can consider 2013 quite positive relative to the previous two years.

“MAPI is optimistic about the growth prospects for 2014,” Meckstroth concluded. “Manufacturing industrial production increased 2.2 percent in the year 2013 as a whole, we expect an acceleration to 3.1 percent growth in 2014, and even faster growth in 2015”