No matter what the end product, there is always pressure to be an industry leader in lead time, and to meet those targets in a safe, reliable and cost-efficient manner. Reducing lead times can provide manufacturers with a multitude of benefits. 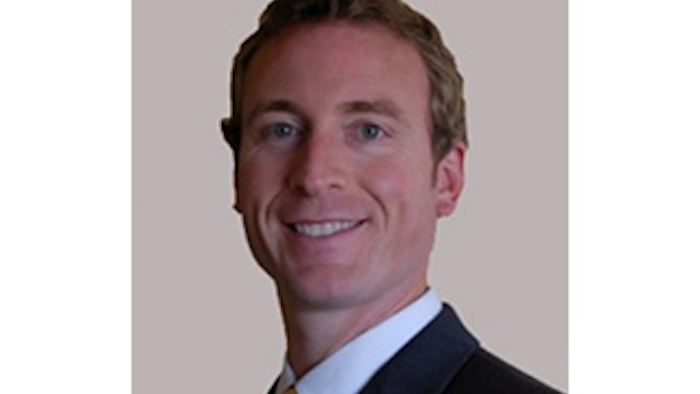 Of all the various datapoints and statistics that manufacturers tally and use to monitor their operations, lead time has always remained one of the most important. No matter what the end product — a large order of CNC-cut gears or a jet engine with an extensive bill of materials — there is always pressure to be an industry leader in lead time, and to meet those targets in a safe, reliable and cost-efficient manner.

For small pieces, with perhaps a few other parts and a relatively short manufacturing time, lead time is generally most held-back by the inventory process and flow rates, and ensuring that everything is where it needs to be, exactly when it needs to be, is a monumental task. But it’s a completely different issue than the multifaceted ones that affect the manufacturers of incredibly large, high-tech and complex products like jets, engines and avionics subsystems.

Steve ShepleyIn those situations, lead times can measure in months, if not years. Reducing lead times in these scenarios can cut millions off the bottom line, but there’s too many concurrent pressures for many to do it effectively. Steve Shepley, a principal with Deloitte Consulting LLP, describes some of these pressures: “We’re in a down cycle, where there’s a lot more pressure on cost and affordability. Lead time started to become a priority as companies cut what we would call the obvious and the easy costs, and the easy amounts of efficiencies they could gain.”

Lead time, Shepley says, “has an absolute correlation with total cost in the system,” which makes it a big target for these companies. But in many cases, he found they were going about the process in a way that didn’t actually target the root issues behind lead time inefficiency, but rather which took the longest. Those two are not necessarily one in the same.

The dangers of ‘deterministic’ data

Shepley explains that every lead time is built upon the many different combinations and permutations of business processes that connect from the beginning to end. Companies that have good data — which is rare enough — are able to see the duration of each process. Unfortunately, this often leads them to a “deterministic” way of thinking: Whatever takes the longest throughout the system must be the first angle of attack.

Even worse, many companies will ignore the data altogether and ask, using gut feel, “What do we think is expanding our lead times?” They’ll look into their data and find that a supplier delivered late, or that a machine went down, and they’ll use that same “gut” to order a deep, timely and expensive focus in that one area.

The problem is that in those cases, they don’t really know how that single anomaly relates to the total lead time. They might fix the machine so that there’s a far lesser chance of failure again, but then, as Shepley says, “they’re back in that deterministic world where they think that the lead time of their [product] is impacted only by one microcosm in the business. And frankly, that’s just not true.”

All of this means, unfortunately enough, that companies are too often “chasing a ghost” when it comes to lead time.

Shepley says Deloitte has developed its Time by Design solution in order to help combat that deterministic method of figuring out which parts of the production process are responsible for altering lead times in a negative way.

The implementation process is fairly painless — as long as the manufacturer has a common ERP system, Time by Design will automatically pull out the data from all the required repositories. The roll-out is usually done with a few people from Deloitte, and a few from the manufacturer, Shepley says, and can be run either from internal servers, or via a software-as-a-service (SaaS) offering.

That output is distinctly unlike many of the spreadsheet-based systems that manufacturers put together themselves. Shepley says it “is not at all intended to spit out mammoth spreadsheets and lists,” but rather about helping a company focus its efforts into the areas that truly matter. The tool instead helps companies identify, in a more simple manner, the four five “critical paths” that should be investigated in the effort to reduce lead time, while also giving access to the full breadth of the data, if the company chooses to drill down regardless.

At the same time, the tool supplies the relative risk in pursuing each critical path, so that a company can decide whether a certain angle is the right one, considering the nature of their business, or even the current market. Reducing lead times too low is expensive and could prove disastrous if a supplier fails to deliver a part on time, for example, or a machine breaks down unexpectedly — by taking risk into account, a company can work toward the perfect balance of managing cost, being competitive on lead time and taking risk.

Shepley says, “Once you look at your performance information, you can actually drop a chalk line at roughly the time you want to be manufacturing and turning your product around in. You can literally design the lead time of your product around the market target. There is a very important trade-off between too much lead time compression and just enough — that’s what’s very important about that risk-based view.”

He calls this process “weaponizing” the data to make truly meaningful lead time decisions in the way a manufacturer does their business.

The first output of data from Time by Design doesn’t usually change much about the company, Shepley says, but once they have their hands on it, and can peruse it or manipulate it, “the game changes.”

Shepley explains that he once had a client that was fixated on four distinct challenges at one time, based on an original, deterministic analysis into the hang-ups on lead time. After they ran Time by Design for the first time, they found that those four areas weren’t even in the first 40 process variables they would need to tackle in order to improve lead time. That’s “chasing a ghost” at its finest.

In other scenarios, companies weren’t even interested in reducing their lead times to some industry-leading number — they wanted simply to meet the times they had promised to their own customers. In one situation, a company had promised a 24-month lead time, and were actually delivering in closer to 36. The set a goal to compress that by six months, and were able to do so mostly by targeting the few “low-hanging fruit” paths outlined by Time by Design. When they were finished with those, they could run Time by Design and again and ask, “Now where have our bottlenecks shifted to?”

Eventually, the company got to the point where they were hitting a performance threshold internally, and ended up outsourcing some of the work as a means of improvement. All along that process, they had the data to support these sweeping business decisions.

He adds, “The journey can really drive them from that low-hanging fruit, to the standard year-by-year improvements, to the larger strategic improvements they need to hit long-term targets and drive significant profits.”

In many cases, the Time by Design system influences far more systems than those most typically associated with lead time efforts. Some have used the solution as a predictive shortage mechanism as well, due to the way it can track inventory coming in — by ensuring that all the necessary equipment is present, the company can keep utilizing all of its new internal efficiencies.

Return on a lead time investment

Manufacturers are, naturally, wary of making dramatic changes to their business operations without a significant promise of return. And while it can be difficult to tally up the precise return that companies are finding once they start using Time by Design due to the unique characteristics of each business, Shepley says, “Taking three or four months off the lead time takes literally hundreds of millions of dollars of costs out of the system.”

Aside from simply being able to meet or exceed market expectations, reducing lead times helps finance recognize revenue sooner, lowers inventory manages and reduces shortages. Because there’s so much more oversight into the business, operations people can adjust ordering based on the real quality attrition they’re seeing on the plant floor — with the data to prove it.

But to Shepley, perhaps the most critical improvement isn’t necessarily in these nuances of the business, or in disparate departments — it’s in the cultural changes that set in once the company has a different way of looking at their inefficiencies. He says, “At these big industrial companies, functional silos are one of the biggest barriers to performance improvement. Time by Design helps break those down. It’s not just about weaponizing data. It is about changing the culture and fabric of how you operate.”