A gluten-free product tainted with gluten may make it to consumers despite a company’s best efforts if pre-sale testing fails. If this happens, consumers may allege that a food company is liable for bodily injury or other harms from gluten, leading to potential economic liability and, perhaps, a recall. 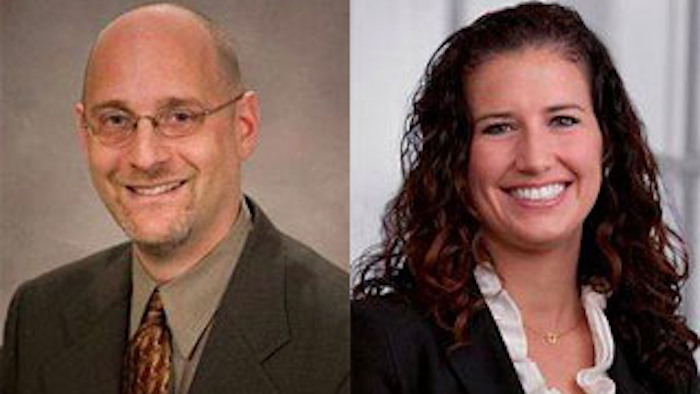 Approximately 1 percent of the United States population is unable to tolerate gluten, a protein found in wheat, barley, and rye.  For these individuals, gluten consumption may result in vomiting, bloating, anemia, osteoporosis, diabetes and even intestinal cancer. As more consumers discover that they have gluten intolerance or celiac disease, they have become more mindful of which foods are naturally gluten-free and which products are marketed as being gluten-free, and so many food manufacturers have increased their range of gluten-free products.

Foods that are naturally gluten-free or are manufactured to be gluten-free may become tainted by gluten as the result of a supplier’s handling or processing of ingredients. Additionally, a tainted product may make it to consumers despite a company’s best efforts if pre-sale testing fails. If this happens, consumers may allege that a food company is liable for bodily injury or other harms from gluten, leading to potential economic liability and, perhaps, a recall.

To minimize the impact of such consequences, companies in the food industry must not only use traditional risk-spreading techniques like indemnification agreements, “additional insured” agreements and insurance policies; they must also be aware of and account for potential limitations in how these mechanisms will respond to gluten-related claims.

Indemnification agreements are contracts through which a supplier secures a food manufacturer against loss. Many manufacturers rely on such agreements to decrease the financial impact of bodily injury claims when contamination can be traced back to a supplier. Indemnity agreements may provide some protection against gluten-related bodily injury claims or the costs of a recall, but manufacturers that rely on indemnities (and the suppliers that provide them) must be aware that there is tremendous variation in the protection that indemnification agreements provide.

First, how an indemnification agreement is drafted will determine whether a gluten-related event triggers the supplier’s indemnification obligation. Food manufacturers and their suppliers, therefore, should take care to ensure that they know the scope of what the indemnity will cover. Suppliers may also consider asking a food manufacturer for a bilateral indemnity, in case the food company’s own actions contribute to the gluten-related event.

Third, manufacturers should be aware that an indemnity may only be as strong as the insurance the supplier has to back it up. This is particularly true of small domestic suppliers, which may have limited assets on their own. Manufacturers therefore may want to seek to include an insurance procurement requirement in supply contracts, but should be aware that the enforceability of such provisions varies by state.

Overall, manufacturers and suppliers alike should focus on the terms of their indemnification agreements to ensure that they have a breadth that is consistent with the company’s overarching business and overall risk-management strategies.

To supplement indemnification agreements, food manufacturers frequently also include “additional insured” provisions in their supply contracts, and require the supplier to add a food company to the supplier’s insurance policies as an “additional insured.”  What additional insured agreements accomplish, however, varies greatly based on the specific language of the supply contract, the terms of the insurance policies at issue and applicable law. And, as with indemnification agreements, the ability to obtain coverage under “additional insured” provisions may be limited when a food company relies on international supply chains or on small domestic suppliers. Companies and their counsel therefore should be very careful in negotiating additional-insured relationships.

Most food companies also rely on an array of insurance policies that cover different types of losses. For example, general liability, errors and omissions (E&O), and directors and officers (D&O) policies may cover bodily injury and professional liability claims arising from accidental gluten contamination. The coverage provided by these policies may, however, be limited by their terms and applicable law. Manufacturers (and suppliers), therefore, should not only negotiate their insurance with gluten issues in mind, but they also should consider procuring recall policies, which may cover some of the costs of liabilities and losses that may fall outside of the coverage of more typical business insurance policies.

Recall policies may be particularly valuable for food companies that want to minimize bodily injury resulting from a contamination event by proactively recalling a product as soon as contamination is identified. Recall policies are, however, new and evolving, and frequently cover some, but not all, recall costs arising from the accidental contamination. Moreover, insurers have begun to take the aggressive coverage-defeating position that recall policies do not cover certain recalls, even where the food company reasonably believed there to be a contamination that likely would cause bodily injuries to consumers. Food companies therefore may need to press insurers to broaden their policy language and the coverage that they sell.

Food manufacturers and suppliers alike face real gluten-contamination related risks. Although the traditional combination of indemnities, additional insured agreements and insurance policies may protect against these risks, companies should be mindful of and proactively address the potential shortcomings in these mechanisms.