Understanding the behavior of pests, including mosquitos, bees, snakes, rodents, ants, etc., is essential to assist electrical and mechanical designers in designing cable, pipe and conduit penetrations that are protected against infestation. 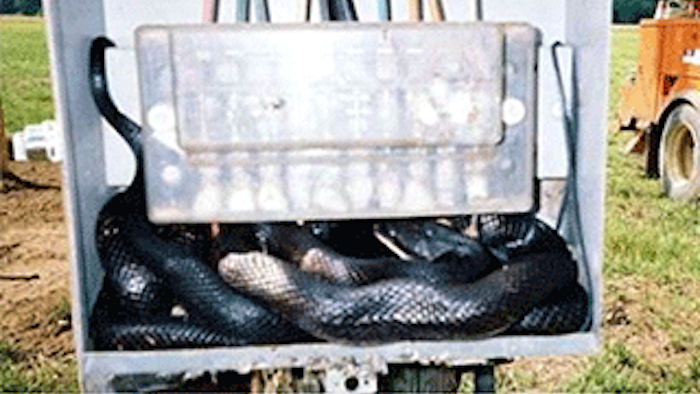 There are many documented instances of damage to critical electrical equipment caused by wildlife activity. For example, $300,000 of damage was caused by a squirrel to the electrical equipment at a community center in Fort Wayne, Indiana, causing a power surge that impacted the heating and air conditioning system and some parts of a boiler system.1

In another case, a building owner explains that, "on a walk-through with the contractor, we saw locations on the third floor where damage was being caused to cabling by rats living under the floor. The contractor has begun testing and found locations where the cable failed Category 5 testing due to being eaten by the rats.”2

Understanding the behavior of pests, including mosquitos, bees, snakes, rodents, ants, etc., is essential to assist electrical and mechanical designers in designing cable, pipe and conduit penetrations that are protected against infestation. The information below outlines the behavior and potential risks posed by rats and mice, gathered from the Internet Center for Wildlife Damage Management—A collective of Cornell University, Clemson University, University of Nebraska-Lincoln and Utah State University:

Physical Abilities of Rats and Mice

Both rats and mice can:

While rats and mice are known for entering buildings and causing damage to cabling and other electrical components, there are other pests, such as snakes and ants, which also find it easy to enter unprotected buildings, pipes and enclosures, increasing the risk of potential damage. Once inside a building or enclosure, snakes and ants are potential culprits of power outages, short circuits and clogged switching mechanisms.

Snakes enter buildings when habitat conditions are suitable inside the building. They are particularly attracted to dark, damp, cool areas that are found in many buildings, and to rodents and insects that may have already entered the building. Crawling on electrical lines or wrapping around wires is a common behavior of snakes that can potentially lead to damage and power outages. All openings 1/4 inch (0.6 cm) and larger should be sealed to exclude snakes. Corners of doors and windows, water pipe entrances and electrical service entrances and enclosures should all inspected and properly sealed.3

It is a natural behavior of ants to forage their way into spaces they find, which can cause damage to electrical systems in a number of ways. One way ants cause damage is by building nests once they find their way into electrical housings or pipes. The ants bring in dirt and other debris, which causes moisture buildup in close proximity to wires and controls. This moisture eventually leads to corrosion and system damage. Another common problem with ants in electrical units happens when ants become exposed to an open switching mechanism and get shocked. When shocked, the ants begin a behavior of waving their abdomen (called gaster flagging), which releases pheromones to attract more worker ants to come to their rescue. The problem is that when arriving ants come into contact with shocked ants, they get shocked too, causing a continual buildup around switches and controls, leading to malfunction. According to Ants and Their Affinity for Electrical Utilities, “in Texas alone, costs associated with fire ant damages to electrical and communications equipment totaled $146.5 million per year.” 5

Even new buildings are susceptible to pest infestation for a number of reasons. There are usually openings in utility pipes, water and gas lines, communications cables and electrical conduit at meters and circuit breakers, large enough to permit entry of a variety of pest. The electrical, plumbing, heating and air conditioning systems, along with fire sprinklers, are the most common entry points for rodents.

Products and materials commonly used to seal openings, such as neoprene seals and spray-in foam, are not rodent-proof. Once rodents have entered a structure, they generally have access to the entire building through passageways for cables, pipes and conduits that are integrated into the walls and ceilings.

Knowledge of pest behavior, as well as awareness of the vulnerable parts of a structure, will allow for the necessary planning to prevent the costly damage caused by rodent infestation. The best method of defense is specifying the best sealing solution to exclude rodents right from the start.

Sealing solutions prevents a wide variety of pest from entering housings of critical electrical equipment. Failure due to problems from pest would be especially extremely costly for data centers and why many are starting to specify Roxtec.