Although the company operates a diverse collection of business units in 190 countries, German-based Siemens also employs more than 60,000 people in 130 U.S. manufacturing facilities. So with this in mind, we recently sat down with Helmuth Ludwig, the CEO of Siemens’ Industry Sector in North America. 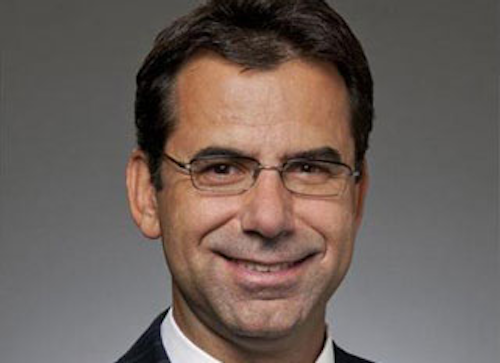 Although the company operates a diverse collection of business units in 190 countries, German-based Siemens also employs more than 60,000 people in 130 U.S. manufacturing facilities. So with this in mind, we recently sat down with Helmuth Ludwig, the CEO of Siemens’ Industry Sector in North America.

Over his 20 years with the company, Ludwig has served in a number of roles, encompassing positions within the Automation and Drives group, the Energy and Industry division, the Systems and Software House and the Systems Engineering business unit. In addition to his role at Siemens, Ludwig teaches as an adjunct professor for corporate strategy at Southern Methodist University's Cox School of Business in Dallas.

Our 5 Quick Questions covered a number of topics, including re-shoring, manufacturing’s perceived skills gap and the single thing he would like to grant all U.S. manufacturers.

1. What do you see as the biggest challenge(s) facing U.S. manufacturers?

“We are projecting our U.S. market to grow by four percent between now and 2018, which is four times greater than Germany. This is obviously good news. Additionally, the balance sheets show more than $1.6 trillion in cash reserves currently being held by U.S. manufacturers.

“However, there is still economic uncertainty in the EU and slowing growth in India and China. The last 12 months have also seen the Presidential election, the debt crisis and the government sequester, so we need a longer stretch of stability in order to realize some of these positive economic factors. The challenge for manufacturers is to stay optimistic as things stabilize.”

2. What were some of the biggest differences in leading businesses that dealt with software vs. physical products?

“The two are really not that different. The focus is still on creating value, instilling confidence in the customer’s selection, and understanding the customer’s process. In some ways these things are more important with software because it’s immaterial, and only works if you work together with the customer. You’re taking the journey together.”

3. Some manufacturers have brought manufacturing back to the U.S. from Asia. Do you see this re-shoring as a blip on the screen or a significant trend?

“Lower natural gas prices have helped reduce energy-related production costs. Increased software usage has also helped lower product development time and the associated costs. These factors have helped grow U.S. manufacturing. As far as the long-term effects of re-shoring, only time will tell if it will have a long-term, national impact.”

4. What keeps you up at night?

“When will the convergence of low capital costs, more cash reserves, low natural gas prices, attractive labor rates and greater proximity to customers come together for U.S. manufacturing? These all help reduce costs and increase competitiveness.

“Also, how do we keep the brightest minds in engineering? Making things is becoming attractive again. Here at Siemens, we work with high schools and middle schools in science, technology and math programs, and others are involved with similar programs. Things are going in the right direction, but there’s a time lag of 5-10 years until we see the results. We can’t get discouraged by the speed of change.

“This is especially important because I don’t see a skills gap, as much as a manufacturing skills training gap. We need to place more emphasis on training the next generation and keeping them focused on engineering and manufacturing.”

5. If you could give U.S. manufacturers one thing, what would it be?

“Confidence — in the future, in their strengths and in the opportunities they have in developing the next generation of skilled workers.”