While the use of gestation crates isn’t appetizing dinner table discussion, it’s a relevant issue for ham and other pork producers, which are increasingly questioning whether to employ such equipment. Gestation crates, enclosures where female breeding pigs are kept for much of their adult life, have drawn growing scrutiny from consumers, regulators, food retailers, and investors. Considering that roughly 83 percent of sows are confined to gestation crates, pork producers face a significant challenge in addressing these stakeholder concerns. 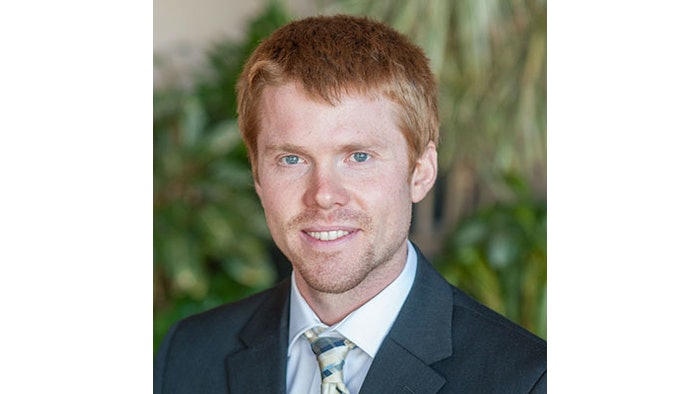 The holidays offered opportunities to gather with family and friends, and for many households a chance to indulge in holiday ham. Americans devour more ham during the holidays than any other time of the year. In fact, nearly half of all ham consumed in America takes place at Thanksgiving and Christmas dinners.

While the use of gestation crates isn’t appetizing dinner table discussion, it’s a relevant issue for ham and other pork producers, which are increasingly questioning whether to employ such equipment. Gestation crates, enclosures where female breeding pigs are kept for much of their adult life, have drawn growing scrutiny from consumers, regulators, food retailers, and investors. Considering that roughly 83 percent of sows are confined to gestation crates, pork producers face a significant challenge in addressing these stakeholder concerns.

Consumers and activist groups are leading the call for gestation crate-free pork. Americans are concerned with where their food comes from, whether such food was produced sustainably, and what kind of animal welfare practices were employed in production. One survey reported that 69 percent of respondents prioritize animal welfare when buying animal protein products. Another survey found that support for gestation crates fell from 30 percent to just under 18 percent when respondents were provided additional information on the applications of gestation stalls. As activist groups continue to expose production processes in food manufacturing, consumer scrutiny is likely to increase. Companies that address consumer concerns by such practices as implementing gestation crate-free production may achieve improved brand value and reputation.

Seeking to address these consumer and activist concerns, regulators have become more stringent on the use of gestation crates. This stringency has played out in a variety of bans on the use of gestation crates in nine US states (including Florida, Ohio, and California), the European Union, New Zealand, Australia, and Canada. While the US states that have adopted bans are responsible for a modest proportion of U.S. breeding inventory (7.30%) and breeding operations (18.89%), compliance with these laws can result in significant expenses. What’s more, as consumer and activist concerns regarding animal welfare continue to increase, so too will the potential for additional regulation. Companies that proactively address animal welfare concerns may better adapt to an evolving regulatory environment, thus potentially reducing the costs of future compliance.

Consumers, activists, and regulators aren’t the only sources of pressure on companies—investors are joining the call. Investors have noted that consumer demands and financial impacts (research shows an 11 percent reduction in the cost of weaned pigs through use of group housing) provide ample financial incentives to move away from gestation crates.

Companies throughout the pork supply chain, from Domino’s to Hormel and Tyson, have received shareholder proposals calling for better disclosure on gestation crate policies. One shareholder proposal to Tyson Foods, put forth by Green Century Capital Management, states “that the Company has failed to disclose or address critical business risks associated with its policy of indefinitely allowing gestation crate confinement in its pork supply.” In many instances such proposals have been successfully withdrawn after the recipient company instituted appropriate policies. As investors continue to push the evolution of policies related to gestation crates and transparent disclosure of performance, the use of standardized disclosure metrics in this regard will become increasingly important.

Despite the development of such policies, SASB research shows that disclosure on animal welfare in annual SEC filings is largely lacking and the bulk of disclosure available is of little use to investors and other stakeholders. In order to develop a communications channel for companies to provide information to investors, SASB has developed a metric (among others) on “percentage of pork produced without the use of gestation crates.” Through use of a common language, companies can better communicate the strong work that is being done to promote animal-welfare in their operations and supply chains.

Not everyone agrees with the move away from gestation crates. Some pig breeders believe the crates enhance animal safety, as open housing can create a hierarchy where weaker pigs are unable to eat sufficiently. Furthermore, breeders note that the crates improve efficiency by producing larger litters and heavier piglets. To be sure, for any solution to be sustainable it will need to be financially beneficial, as well as socially acceptable.

The move away from gestation crates represents a significant challenge for all companies involved in the pork supply chain. For pork producers, costs will largely come through capital expenditures, as companies replace gestation crates with group housing. This transition is no small undertaking, As Smithfield Foods notes in its 2015 SEC Form 10K moving from gestation crates to group pens will cost the company roughly $360 million for its owned sow farms.

The switch from gestation crates is not only capital-intensive but also time-consuming. As companies fast approach their respective goal deadlines, they may be loath to find out there is insufficient supply. This risk became a reality for Chipotle in 2015 when the company discovered a supplier wasn’t housing pigs according to company policy. The suspension of that supplier and the subsequent supply shortage led Chipotle to remove pork from its menu in 600 locations. As more companies establish gestation crate-free policies, production and supply chain challenges will likely continue, yet so long as consumer demand and economics remain favorable, companies will gladly overcome the challenges to reap financial reward.

Although most Americans didn’t debate the use of gestation crates while salivating over honey-glazed holiday ham, the issue is gaining increasing attention from consumers, investors, and regulators. In order to track and communicate progress on gestation crate goals, companies will be well suited to provide investors and other stakeholders with standardized metrics on this topic. Such standardization can help companies, investors, and other stakeholders better understand the risks and opportunities associated with animal welfare and other sustainability issues.

Levi Stewart, CPA is a Sector Analyst at the Sustainability Accounting Standards Board (SASB) for the industries which constitute the food and beverage supply chain. In this role, he is responsible for continued engagement with companies and investors in these industries to bring about the codification of standards that are cost-effective and decision useful.