Here are five of the selection criteria used by businesses striving to enter the organic industry. 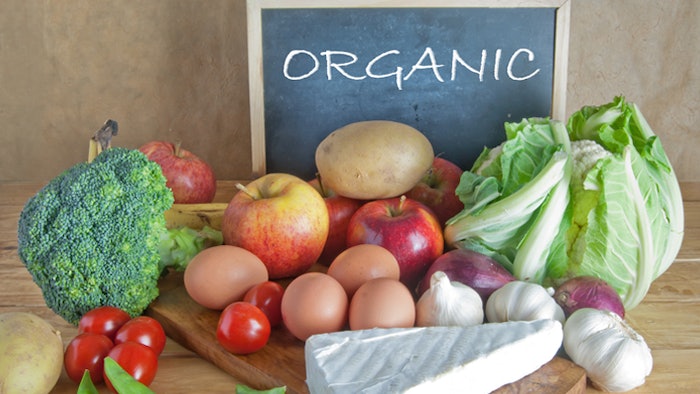 There were 24,650 certified organic farming operations in the United States at the end of 2016, representing a 13 percent increase from the prior year. Since the U.S. Department of Agriculture established national standards for organic production and processing in 2002, the organic industry has enjoyed a trend of double-digit growth. This recent 13 percent increase — the largest growth rate since 2008 — reflects the steady increase in the number of consumers demanding organic food and beverage options.

Less than 1 percent of U.S. cropland and about half a percent of U.S. pasture was certified organic in 2011, but the adoption rate continues to grow, and the organic industry has flourished in places such as Missouri.

In Springfield, Mo., egg producer Vital Farms requires its hens to each have 108 square feet of roaming space and remain antibiotic- and hormone-free. Its efficient production and distribution systems allow the brand to source high-quality eggs from family farms and send them to stores across the country.

Colorado-based Aurora Organic Dairy, a top producer of organic butter and milk for domestic retailers, now has a location in Columbia, Mo., and is building a $140 million facility there. The company sources its milk from a network of family farms in addition to its own facilities, for a total of more than 84,000 acres of organic pasture and cropland.

These two companies are creating hundreds of jobs in their respective locations in the state and are meeting consumer demand for organic products nationwide. While companies base location decisions on many factors, here are just five of the selection criteria used by businesses striving to enter the organic industry:

Meeting demand is the most appropriate place to start. According to a 2015 Nielsen Global Health & Wellness Survey, people of all ages and across all demographics are citing a demand for certain types of foods, including those labeled all-natural or GMO-free or that lack artificial colors and flavors.

Executives at companies such as Campbell’s and Mondelēz have noticed these trends and are eager to cater to them. At the former, preparations are under way to launch a line of organic soups free of added sugar and artificial ingredients. Mondelēz, on the other hand, recently acquired Enjoy Life Foods, which specializes in gluten- and GMO-free foods.

While organic agriculture makes up a small amount of overall production, the organic market accounts for a disproportionate amount of U.S. food sales — more than 4 percent.

Organic products are now sold by nearly 75 percent of conventional grocery retailers, and according to Euromonitor International, worldwide sales of health- and wellness-based products, including food, are expected to reach $1 trillion this year.

Consumers might be surprised to learn that there’s no clear definition of the word “natural” as it applies to food labels, and food companies use the term to advertise everything from processed foods to GMOs.

Organic, on the other hand, requires certification from a third party, and many production techniques — such as bioengineering and the use of synthetic pesticides — are prohibited if a company wishes to label its product organic.

4. Increased revenue for a faster payoff

While these price premiums are not as dramatic at the farm level, both the price premium and the growing consumer demand make organic production attractive for companies, especially those investing in new production locations that can be organic from day one.

For those locations looking to transition from conventional to organic, there is a three-year transition period that can be costly to farmers. Many farmers experience a decrease in production while they transition to organic methods of farming. Costs might also decrease — for instance, in pesticides — but farmers must charge the organic premium if they hope to recoup initial losses from yield reductions.

Partly through effective marketing, the organic industry has created a demand and an audience for its products. Customers want to know that their food is healthful, and they’re willing to pay for this assurance. The organic industry is viewed by some people as a healthier option than mainstream agriculture. The industry also grows as companies continue to strive for organic labels — organic chickens need organic feed, for instance — so ag businesses looking to expand will increasingly want to venture into organic territory.

One of the benefits that organic food producers experience is direct-to-consumer sales. Because their customers are typically more engaged with the products on their own, it offers an opportunity to sell beyond conventional grocery stores. Another example can be found in Missouri in Matthew Hardecke’s Clover Meadows Beef operation, which sells its beef and jerky both locally and in bulk online.

As consumers come to adopt a “they are what they eat” mindset and as the organic industry continues to drive an increased demand for organic foods, competition will become fiercer in the organic industry. Eventually, an increase in supply will cause prices to deflate and profit margins to decrease, so cost-effective production and distribution systems will make the difference between organic companies that stagnate and those that enjoy growth.

With more than 30 years of experience leading economic development efforts, Steve Johnson, CEO of Missouri Partnership, works with companies as they evaluate Missouri for expansion and investment.