Liaoyang Petroleum’s Olefin Factory in the Hongwei District of mainland China, producing MEG and polypropylene, is saving $65,000 a year in maintenance following the installation of a computerized, electronic water conditioner. 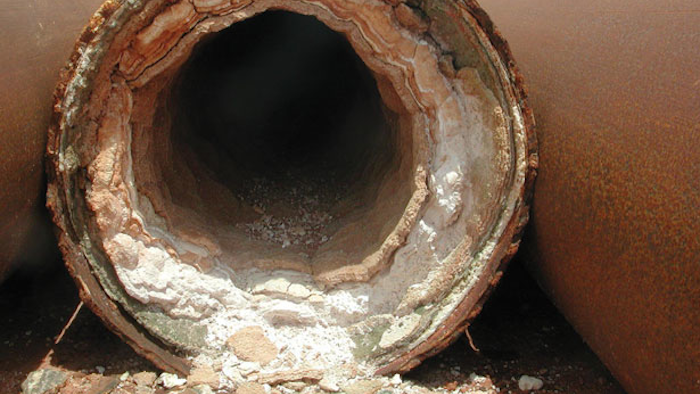 Liaoyang Petroleum’s Olefin Factory in the Hongwei District of mainland China, producing MEG and polypropylene, is saving $65,000 a year in maintenance following the installation of the award winning Scalewatcher computerized, electronic water conditioner from Scalewatcher North America.  Since the Scalewatcher units were installed onto three heat exchangers in the company’s Olefin Plant, scaling has been dramatically reduced.

Two of the heat exchangers are used in the cracking unit quench water cooler for returning the quench water to the water-cooling tower after cooling. The third heat exchanger is for the polyethylene unit’s diluent vapor fractional condenser and condenses the distillate diluent primary liquor evaporator.

The Scalewatcher units have been fitted to the heat exchanges for over four years and during the time the heat transfer has not decreased and nor has there been any leakage.  Previously the heat exchangers had to be regularly hydraulically cleaned to stop leakage. In peak summer, due to limescale build-up, they had insufficient capacity to provide heat transfer for the cooling water.

After three years, during planned maintenance downtime, the heat exchangers were opened for inspection and it was observed that only minimal amounts of scale build-up had occurred. Prior to Scalewatcher being installed, maintenance needed to be carried out annually. In addition the three heat exchangers have provided full capacity during the peak summer period of cooling water consumption and higher water temperatures, thereby saving the company costs on downtime and labor.

Scalewatcher is a non-invasive system utilizing a solenoid coil or coils wrapped around the pipework to be treated. A continuously frequency changing signal generator within a specified range supplies current to the coils. The pulse shaped current creates an induced electric field, concentric around the axis inside the pipe. As a consequence to this arrangement, any charged particle or ion moving within the field experiences a so-called Lorentz force generated by the interaction between charged particles and magnetic and electric fields.

The treatment influences the initial nucleation, resulting in crystals that do not "stick" together. Untreated water builds up matted structures that continuously grow. This treatment creates idiomorphic, scattered crystals, which do not form matted structures. They have a rotundas shape, which means that they have a larger volume in relation to a smaller surface. This feature makes them sensitive to water currents and they are easily flushed out of the pipeline. As no new scale layers are formed, the sheer force of the water flow will gradually remove existing layers of scale. The ability to adjust power, frequency and coil configurations of products like the Scalewatcher on site enables performance to be optimized with no downtime and no pipe replacement.

Scalewatcher North America, manufacturers of the original, patented and award-winning computerized electronic water-conditioner, have a range of Scalewatcher systems to suit domestic, commercial and industrial applications.  Scalewatcher systems are based on continuous research and over 20 years’ experience and expertise as market leaders in electronic scale control with countless units sold worldwide. The system has a 5-year manufacturer’s warranty and comes with a full year performance guarantee.  Costs include free shipping within the USA.