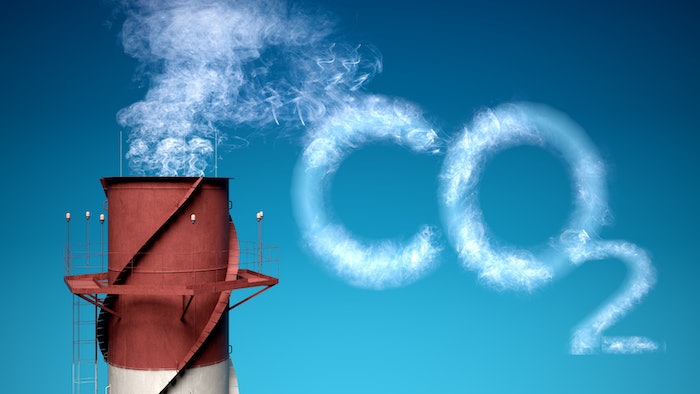 Carbon and carbon dioxide aren’t dangerous compounds, they’re found everywhere in our natural environment. The problem is that ever since the onset of the industrial revolution in the 19th century mankind has steadily increased the amount of carbon dioxide in the earth’s atmosphere. Because carbon dioxide, or CO2, is one the most prominent greenhouse gases climate change is happening. Most scientists easily agree that it’s not a “Chinese hoax”.

According to the now defunct Carbon Dioxide Information Analysis Center CDIAC more than 400 billion metric tons of carbon have been released into the atmosphere from the consumption of fossil fuels and cement production since 1751- half of which was emitted since the 1980s. The below infographic shows, that the combustion of liquid and solid fossil fuels causes around three fourths of all carbon dioxide emissions, which stood at some 9.9 billion tons a year in 2014.

The emissions caused by the production of cement, the main ingredient of concrete, stood at 5.8 percent in 2014. During the production process CO2 is emitted when lime stone is heated to be turned into clinker.