The global economy is waiting for the U.S. to get its coronavirus outbreak under control and boost the recovery. 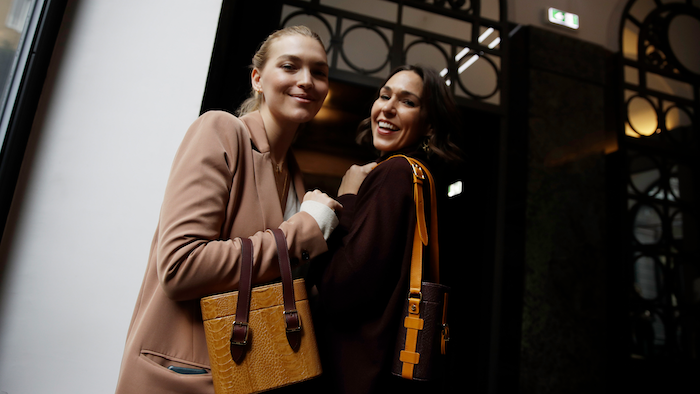 RANKFURT, Germany (AP) — People in China are back to buying German luxury cars. Europe's assembly lines are accelerating. Now the global economy is waiting for the United States to get its coronavirus outbreak under control and boost the recovery, but there's little sign of that.

The United States’ fumbling response to the pandemic and its dithering over a new aid package is casting doubt on its economic prospects and making it one of the chief risks to a global rebound.

After springtime restrictions, many U.S. states prematurely declared victory over the virus and began to reopen their economies, leading to a resurgence in COVID-19 cases. Confirmed infections are rising in most states, and many businesses have had to scale back or even cancel plans to reopen. And while it does not dominate global commerce like it did 20 years ago, America is still by far the biggest economy - accounting for 22% of total economic output, versus 14% for No. 2 China, according to the World Bank.

That makes its handling of the pandemic and its economy crucial for companies like Officina del Poggio, a producer of luxury handbags in Bologna, Italy, that sells 60% its vintage motorcycle-inspired satchels to U.S. customers.

Company owner Allison Hoeltzel Savini said retail sales dried up during the spring. She had already suffered a blow when Barneys, her main client, went bankrupt and didn't pay for the spring-summer collection that had shipped.

Hoeltzel Savini said she has had to hold off on new hires, and hasn’t been able to do her usual sales trip to the United States. She recouped some sales by reaching out directly to customers through newsletters and social media during the height of Italy’s lockdown, but remains cautious about the future, as the U.S. market for her goods continues to slow down.

"I am really concerned for the next season, if wholesale clients will be placing orders,’’ she said.

Same for of Shenzhen Aung Crown Industrial Ltd., which makes baseball hats. The company usually sells about 60% of its output to the United States. “We can’t afford to lose the U.S. market,” said general manager Kailyn Weng. “It is difficult to find other markets that could digest such a great amount of high-quality hats ... We have no alternative but to focus on the U.S. market."

The United States is unlikely to pull the world economy out of its rut as it did in past downturns such as after the Asian financial crisis of the late 1990s.

The American economy shrank at an annual pace of 32.9% from April through June, by far the worst quarter on record. The numbers are expected to bounce back strongly in the second half but to leave the U.S. economy well short of where it stood at the beginning of 2020.

Talks in Congress to pass another round of federal coronavirus aid have failed, piling pressure on state and local authorities to keep basic services running. U.S. stock markets are nevertheless near record highs, but analysts attribute that largely to the Federal Reserve's commitment to keep interest rates low.

The European Union, which has reduced the number of contagions more effectively than the U.S., saw its economy shrink at a similar pace but is forecast to grow more quickly next year. And government support for workers has contained the rise in unemployment for now. China, meanwhile, was the first major economy to resume growth since the pandemic struck, recording a 3.2% expansion during the April-June period from the quarter before.

If the U.S had done a better job managing the outbreak, “the rebound would have been stronger,” Behravesh said. “There’s no doubt in my mind about that.’’

Hopes for a strong and quick recovery have largely been dashed by the country’s inability to bring the virus under control.

The United States’ diminished ability to drive global growth isn’t just related to its coronavirus response. Its share of global economic output - and growth - has been eroding.

China’s economy has consistently grown faster than America’s and has steadily narrowed the gap between them. From 2009 through 2019, China accounted for almost 28% of global economic growth; the United States, just 17%.

“We’re in a multi-polar world in which there are multiple locomotives -- China, Europe’’ as well as the United States, Behravesh said.

Germany's carmakers, who dominate the global market for expensive cars, are already seeing their sales buoyed by China. BMW saw car sales in China rise 17% in the second quarter, compared with a year earlier - before anyone had heard the term “COVID-19.” Competitor Daimler's revenues in China rose 15% during the same period from a year earlier while they sagged 36% in the U.S.

Economist Philipp Hauber at the Kiel Institute for the World Economy said that "in fact China has been the locomotive of the global economy in recent years. That does not mean that the development of the economy in the U.S. is inconsequential. Both economies are about the same size, depending on how one measures ... and the two of them are the biggest trading partners for the eurozone.”

He said that a weak U.S. economic rebound is the greatest risk to the eurozone and world economy, along with a second wave of coronavirus contagions.

Chinese exporters already were looking for alternatives to the U.S. market after President Donald Trump raised tariffs on their goods in 2018. That has helped Chinese exports grow faster than the world average, taking away market share from other developing countries. But markets in Asia, Europe and Latin America usually buy lower-priced, less profitable goods.

The ruling Communist Party has been trying for a decade to reduce the country's reliance on exports and to encourage economic growth based on consumer spending at home.

Businesses around the globe are hoping America gets its act together, and soon.

The general manager of Yiwu Sinohood Bags Factory, which makes canvas tote bags, said it usually exports 40% to the United States, but sales in America have dropped to zero.

“We tried to develop the European market, but Europe has also been hit hard by the epidemic,” said the manager, David Hu. “The U.S. market is important for us, and I am not confident about finding a replacement.”