One maverick conservative threatened to delay passage until most lawmakers return to Washington for a vote. 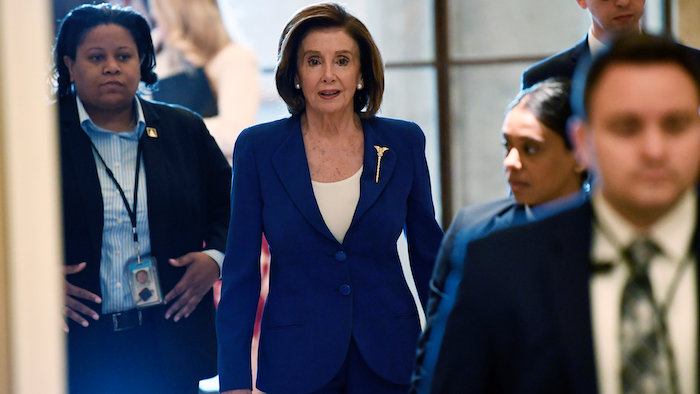 WASHINGTON (AP) — The House kicked off debate Friday on a $2.2 trillion package to ease the coronavirus pandemic's devastating toll on the U.S. economy and health care system, even as a maverick conservative threatened to delay passage until most lawmakers return to Washington for a vote.

That left many angry lawmakers scrambling to return to the nation's capital amid a pandemic in which Americans have been urged to self-quarantine or keep their distance from one another. 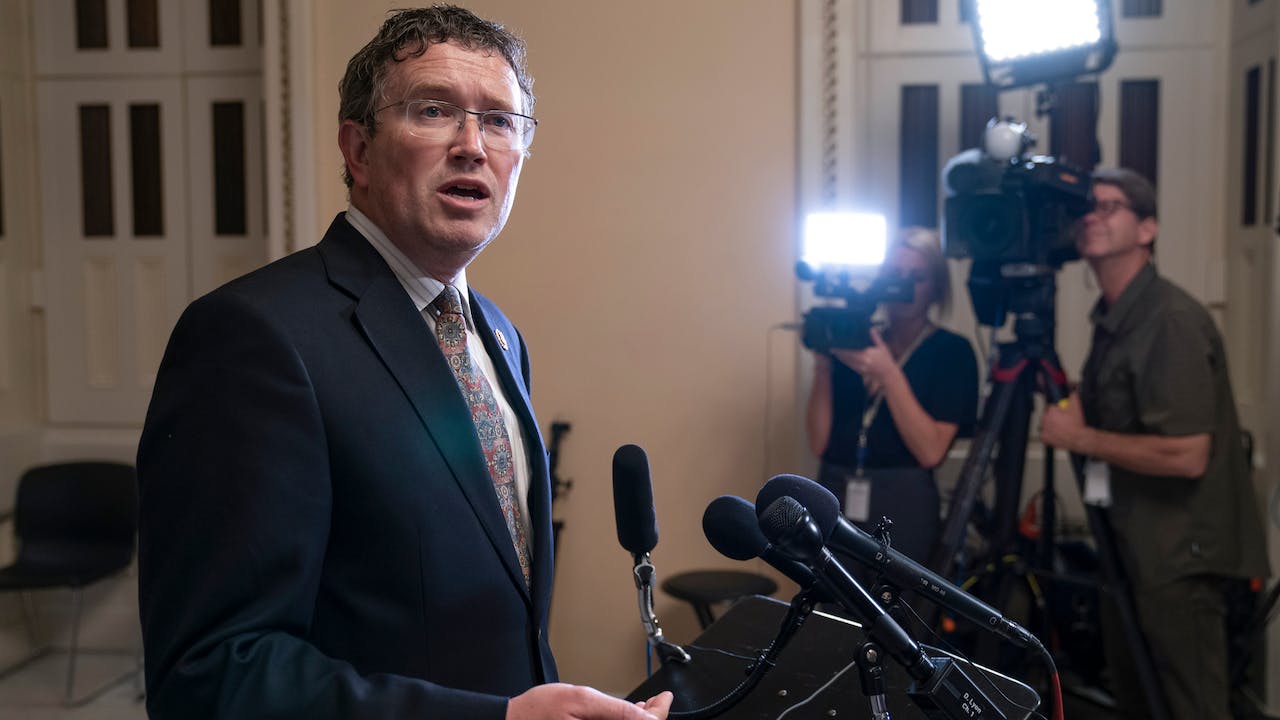 In this May 28, 2019 file photo, Rep. Thomas Massie, R-Ky., speaks to reporters at the Capitol after he blocked a unanimous consent vote on a long-awaited hurricane disaster aid bill in the chamber. House leaders' plan for swift action on a $2.2 trillion package to ease the coronavirus pandemic's devastating toll on the U.S. economy and health care system ran into complications Friday, March 27 as the maverick conservative threatened to delay passage until most lawmakers return to Washington for a vote. Party leaders had hoped to pass the measure by voice vote without lawmakers having to take the risk of traveling to Washington.AP Photo/J. Scott Applewhite, FilePresident Donald Trump vented his anger as well, on Twitter. Shortly after the House opened, Trump called Rep. Thomas Massie, R-Ky., who had threatened to try to force a roll call vote, “a third rate Grandstander" who “just wants publicly."

But there was little doubt that, one way or the other, the chamber would eventually give final congressional approval to the largest economic relief package in U.S. history.

“While no one will agree with every part of this rescue bill, we face a challenge rarely seen in America’s history. We must act now, or the toll on lives and livelihoods will be far greater,” said Rep. Kevin Brady, R-Texas.

Massie, who's opposed to the massive bill, set the House on edge by threatening to try to force a roll call vote. Party leaders had hoped to pass the measure by voice vote without lawmakers having to take the risk of traveling to Washington.

Massie took to Twitter to suggest he'd require a quorum of lawmakers — some 216 lawmakers — to be present and voting. Massie didn't respond to a reporter's requests for comment.

Numerous high-ranking Republicans have called Massie in an attempt to persuade him to let the voice vote proceed, according to a top House GOP aide. They included House Minority Leader Kevin McCarthy, R-Calif., and Rep. Mark Meadows, R-N.C., whom President Donald Trump has chosen as his new chief of staff.

If those efforts fail and a roll call is needed, Republicans believe they will have more than 100 of their members back at the Capitol, according to the aide, who spoke on condition of anonymity to describe private conversations.

Democratic leaders urged lawmakers who are “willing and able” to come to the Capitol to do so.

Massie's move infuriated lawmakers, forcing many to trek to Washington for a vote they're not even sure will occur. If a quorum can't assemble Friday, more members would have to travel for a Saturday session.

“Heading to Washington to vote on pandemic legislation. Because of one Member of Congress refusing to allow emergency action entire Congress must be called back to vote in House,” Rep. Peter King, R-N.Y., wrote on Twitter. “Risk of infection and risk of legislation being delayed. Disgraceful. Irresponsible.”

South Dakota GOP Rep. Dusty Johnson posted a selfie photograph of himself and three other lawmakers from the upper Midwest traveling to Washington on an otherwise empty plane.

Friday's House session comes after an extraordinary 96-0 Senate vote late Wednesday. President Donald Trump marveled at the unanimity Thursday and is eager to sign the package into law.

The relief can hardly come soon enough. Federal Reserve Chairman Jerome Powell said Thursday the economy “may well be in recession” already, and the government reported a shocking 3.3 million burst of weekly jobless claims, more than four times the previous record. The U.S. death toll from the virus rose to 1,300.

House leaders in both parties had hoped to pass the measure with a sparsely attended voice vote — remarkable for a bill of such magnitude — so scattered lawmakers didn’t have to risk exposure by travelling back to Washington.

Originally scheduled as a non-working “pro forma” meeting, the session was extended to a three-hour debate on the bill — all conducted under social distancing rules to minimize the risk of transmitting the virus.

"If that's the method used to get this to the American people, to get this passed, then I think lots of members are probably OK with that," said Rep. Jim Jordan Thursday as he drove back to Washington. "I know the plan is for it to be a voice vote, and that's what the leadership has said they're for, and I think that's fine.”

It is unlikely to be the end of the federal response. House Speaker Nancy Pelosi said issues like more generous food stamp payments, aid to state and local governments and family leave may be revisited in subsequent legislation.

“There's so many things we didn't get in ... that we need to," Pelosi told reporters Thursday.

The legislation will pour $1,200 direct payments to individuals and a flood of subsidized loans, grants and tax breaks to businesses facing extinction in an economic shutdown caused as Americans self-isolate by the tens of millions. It dwarfs prior Washington efforts to take on economic crises and natural disasters, such as the 2008 Wall Street bailout and President Barack Obama’s first-year economic recovery act.

But key elements are untested, such as grants to small businesses to keep workers on payroll and complex lending programs to larger businesses. Millions of rebate payments will go to people who have retained their jobs.

Policymakers worry that bureaucracies like the Small Business Administration may become overwhelmed, and conservatives fear that a new, generous unemployment benefit will dissuade jobless people from returning to the workforce. A new $500 billion subsidized lending program for larger businesses is unproven as well.

The bill finances a response with a price tag that equals half the size of the entire $4 trillion-plus annual federal budget. The $2.2 trillion estimate is the White House's best guess of the spending it contains.

Unemployment insurance would be made far more generous, with $600 per week tacked onto regular state jobless payments through the end of July. States and local governments would receive $150 billion in supplemental funding to help them provide basic and emergency services during the crisis.

The legislation also establishes a $454 billion program for guaranteed, subsidized loans to larger industries in hopes of leveraging up to $4.5 trillion in lending to distressed businesses, states, and municipalities. All would be up to the Treasury Department’s discretion, though businesses controlled by Trump or immediate family members and by members of Congress would be ineligible.

There was also $150 billion devoted to the health care system, including $100 billion for grants to hospitals and other health care providers buckling under the strain of COVID-19 caseloads.

Republicans successfully pressed for an employee retention tax credit that's estimated to provide $50 billion to companies that retain employees on payroll and cover 50% of workers' paycheck up to $10,000. Companies would also be able to defer payment of the 6.2% Social Security payroll tax. A huge tax break for interest costs and operating losses limited by the 2017 tax overhaul was restored at a $200 billion cost in a boon for the real estate sector.

An additional $45 billion would fund additional relief through the Federal Emergency Management Agency for local response efforts and community services.

Most people who contract the new coronavirus have mild or moderate symptoms, such as fever and cough that clear up in two to three weeks. For some, especially older adults and people with existing health problems, it can cause more severe illness, including pneumonia, or death. 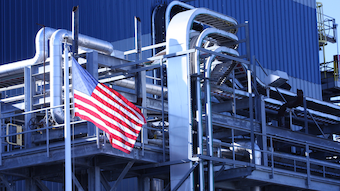