A recent report put the cost for the average household at $1,000 a year once the newest tariffs take effect. 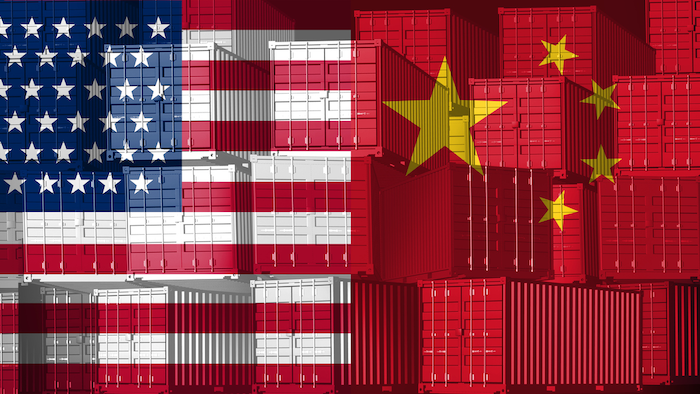 (The Conversation is an independent and nonprofit source of news, analysis and commentary from academic experts.)

On Dec. 15, in the middle of the holiday shopping season, the Trump administration plans to slap new 15 percent tariffs on $160 billion of electronics, toys, clothing, power tools and many other consumer goods.

U.S.-based importers have to pay the extra tax before bringing those products into the country. Whether or not they pass the bill on to consumers is hard to predict, but a recent report put the cost for the average household at $1,000 a year once the newest tariffs take effect.

As a political economist, I usually write about how President Donald Trump’s trade policies affect things like industrial production, employment and international relations. But with the China tariffs and even a 100% tax on imports of French champagne and cheese looming over holiday shoppers, I thought it would be helpful to offer a short guide on how these issues affect consumers.

Trump’s trade war began in January 2018, when he ordered tariffs on solar panels and washing machines, followed by duties on steel and aluminum with exemptions for some countries.

Then came the main event: the conflict with China. It began small, with tariffs on about $50 billion of Chinese imports. That sparked retaliation and then a tit for tat cycle until about $370 billion of Chinese goods became subject to additional tariffs of as much as 25%.

If Chinese and American negotiators fail to reach some sort of deal by Dec. 15, virtually all $540 billion in imports from China – approaching a quarter of all U.S. imports – will faced hefty import penalties.

Deal or no deal, more tariffs on other countries also seem increasingly likely.

There is talk of a 100% tariff on French wines and cheeses in retaliation for that country’s efforts to tax the activities of U.S. technology giants – with more possible on products from Italy, Austria and Turkey over the same issue. And the administration, complaining of currency manipulation, has recently withdrawn the exemption om steel and aluminum tariffs enjoyed by Brazil and Argentina.

Who pays the higher costs?

With new developments in this global war coming every day, it’s hard for even trade scholars like me to follow along. That makes it doubly difficult for consumers, who often bear much of the costs of tariffs.

Perhaps the most direct way to understand buyer impact is with a roundup of the consumer products currently covered by the Trump tariffs.

As I noted, the trade war started with solar panels and washing machines. Further rounds of tariffs covered a variety of consumer products, including consumer electronics like smartwatches, safety equipment such as bicycle helmets and child car seats, seafood, dairy, perfumes, paper and many other items. Among the products covered by the anticipated Dec. 15 tariffs are cell phones, laptops, toys, scarves and even nativity scenes.

Importers must pay the tax on these products as they cross the border, anywhere from 10% to 25% or even more.

The Trump administration intends this to hurt Chinese manufacturers by raising their prices and lowering their competitiveness. But this cost is also borne by American retailers, such as Walmart and Target, which source a large percentage of their products from China. A significant portion of this cost is often passed to American consumers.

Of course, a 30% tariff doesn’t automatically translate into a 30% price hike. How much of the tariff that sellers pass on to buyers depends on the nature of the product’s market. If competition is high, sellers may have to eat much of the additional tariff cost.

In other words, they may have to accept a lower profit margin on every product sold or cut back on jobs and investment. Many retailers in particular fear that passing on the full brunt of the tariffs will be unsustainable for their sales.

But if competition is low and demand for the product is relatively insensitive to price, importers may be able to pass close to the entirety of the additional cost to the consumer. For example, a study found that the cost of washing machines went up 12% due to the tariffs. And prices of Apple products could go up 10% if the latest tariffs take effect.

What’s a consumer to do?

Tariffs on consumer goods are not the only trade policies that can adversely affect consumers. Taxes on commodities and on capital and intermediate goods, all of which are used in the production of consumer goods, can also hit consumers.

Many of these sorts of products have also been affected by Trump’s trade disputes, notably steel, aluminum, ores, chemicals, fertilizer, plastic, rubber and wood. When these products are hit with tariffs, it raises production costs and often translates into higher prices for finished goods. How high depends on the availability and cost of substitute inputs.

All of this is to say that the hikes in tariff rates that we have seen over the last two years, and the ones that we may see in the near future, are certain to affect consumers this season.

Sadly, the uncertainty in U.S. trade policy is almost a bigger problem for consumers than the tariffs themselves. So as you shop for holiday gifts, you may want to try to be just a bit more flexible in what you buy and when you buy it.

This article is republished from The Conversation under a Creative Commons license. Read the original article here: http://theconversation.com/a-brief-guide-to-how-the-china-us-trade-war-will-affect-your-holiday-shopping-128586. 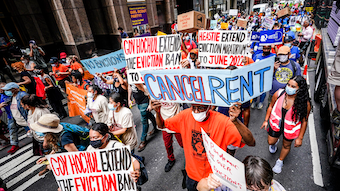