Boeing And Airbus Battling For Billions In Iran

This chart shows Boeing and Airbus sales in Iran after the 2015 nuclear agreement.

Last week, Boeing announced its second major airliner sale to Iran since the Shah era. The company signed a tentative agreement with Iran Aseman Airlines to sell 30 Boeing 737 Max aircraft in a deal valued at $3 billion. It was preceded by the sale of 80 aircraft to Iran Air under the Obama administration for $16.6 billion. Boeing's success in Iran has created a major headache for President Donald Trump who has consistently criticized the nation for being a destabilizing force in the Middle East and a state sponsor of terrorism, though he has never publicly voiced his opposition to aircraft sales in Iran.

He also denounced the 2015 nuclear agreement which opened the door for western aviation companies to sell their jets to Iran's airlines. Due to sanctions, the country's airlines struggled for years with outdated and rusty planes, leading to a fleet requiring a $20 billion investment. Boeing and European competitor Airbus have both sealed massive deals in Iran but that success is almost certainly proving bittersweet for Trump, given his hostile stance on the country.

Tuesday's agreement still requires government approval but it marks the first big business deal announced by any U.S. company in Iran since Trump became president. Boeing said in a statement earlier this week that "an aerospace sale of this magnitude creates or sustains approximately 18,000 jobs in the United States". That means that the stakes are high for Trump. Blocking Boeing's sales in Iran would put his policy of protecting U.S. manufacturing jobs into direct conflict with his administration's hostile stance towards Tehran. The president certainly has a dilemma on his hands.

This chart shows Boeing and Airbus sales in Iran after the 2015 nuclear agreement. 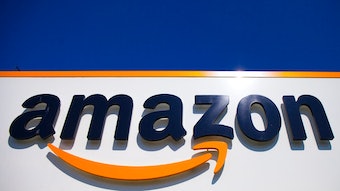