The chairman of the Senate Energy Committee says a website partially funded by the oil and gas industry is a constructive tool that could be used by federal regulators in requiring public disclosure of the chemicals used in hydraulic fracturing operations. 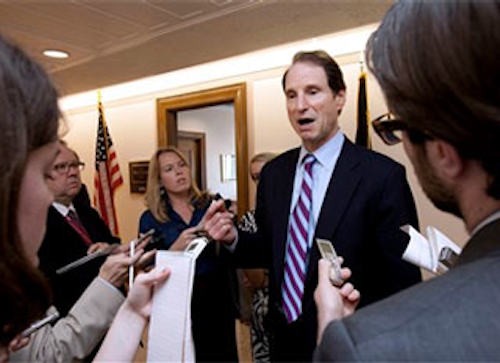 WASHINGTON (AP) — The chairman of the Senate Energy Committee says a website partially funded by the oil and gas industry is a constructive tool that could be used by federal regulators in requiring public disclosure of the chemicals used in hydraulic fracturing operations.

Sen. Ron Wyden of Oregon stopped short of endorsing FracFocus.org but said it could be helpful as lawmakers and federal agencies consider ways to regulate hydraulic fracturing, also known as fracking.

A draft rule issued by the Interior Department last week would rely on FracFocus to track the chemicals used in fracking operations on public lands. The 2-year-old website was formed by industry and intergovernmental groups. It allows users to gather data on more than 45,000 wells across the country.

A dozen states use FracFocus to help regulate fracking.