BASF is lending its chemical know-how to two running shoe-related projects that will promote made-in-the-USA manufacturing and feature futuristic technology. 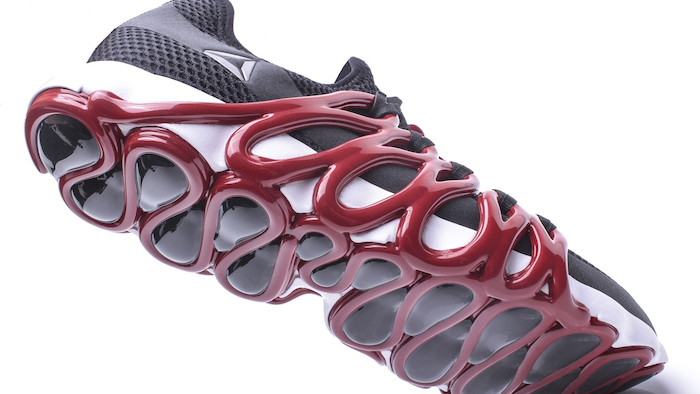 BASF is lending its chemical know-how to two running shoe-related projects that will promote made-in-the-USA manufacturing and feature futuristic technology.

Next year, Reebok plans to open a new “Liquid Factory” manufacturing lab in Rhode Island in collaboration with footwear specialist AF Group Inc. Instead of focusing on mass-manufacturing shoes, the new space will experiment with the manufacturing process and emerging technologies like liquid material and 3D printing.

According to Bill McInnis, Head of Future at Reebok, the company will set aside what it already knows about shoe manufacturing and see what kinds of new methods their team can conjure up.

“If you were to start a shoe company tomorrow, how would you do it?” McInnis asked rhetorically in an interview with Fortune.

Specifically, the company is looking to ditch the molds typically used in shoe manufacturing. For help with that, they turned to a urethane-based liquid developed by BASF. Using the proprietary liquid resin, 3D printers draw a sole for the shoe a layer at a time. The design is meant to provide sensory feedback for the entire foot.

BASF is also involved in a new plant being launched by Adidas — which owns Reebok — that will be opened in Atlanta. Called the Speed Factory, the plant will make high-performance running shoes that include “boost shoe cushioning,” which is based on an expanded thermoplastic polyurethane elastomer made in collaboration with BASF.

Reebok is planning an extremely limited run of 300 of its Liquid Speed shoes and they’ll set you back $189.50 a pair. But the company will be looking for more ways to utilize the liquid technology for other designs.