When Will Scientists Add More Elements to The Periodic Table?

Chemists appear to be hitting a rough patch in the search for the next row of elements on the periodic table. 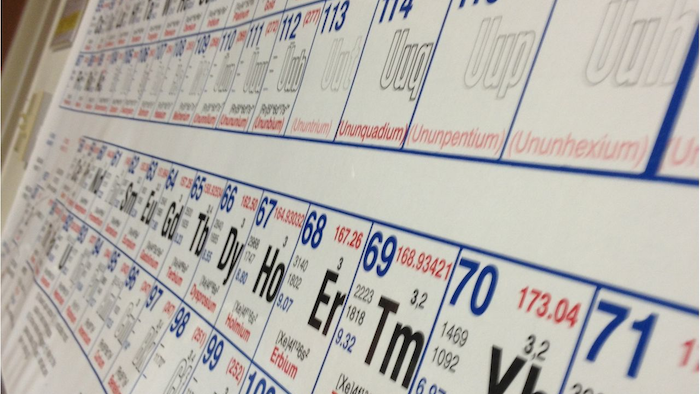 Chemists appear to be hitting a rough patch in the search for the next row of elements on the periodic table.

Chemistry World reports that although four new elements were added just one month ago -- completing the table's seventh row -- those materials were synthesized in 2010 or earlier and were only recently cleared by the International Union of Pure and Applied Chemistry.

Currently, however, no new superheavy elements are on the horizon and an eighth row of the table appears years away.

The addition of new, heavier elements would require more numerous and heavier projectiles, but science is hitting the limits of what can be fired without burning the target or equipment.

Although no new atoms are currently pending, scientists remain hard at work. Synthesized elements aren't very practical, but they do advance understanding of atomic structures.

European scientists attempted to create element 120 as early as 2007, while a new facility in Dubna, Russia, could allow for larger target elements. Ultimately, nuclear transfer reactions could be introduced build an eighth row.