Cadillacs Probed for Suspension Failure that Led to Crashes

The agency says it will determine how many vehicles are having the problem. 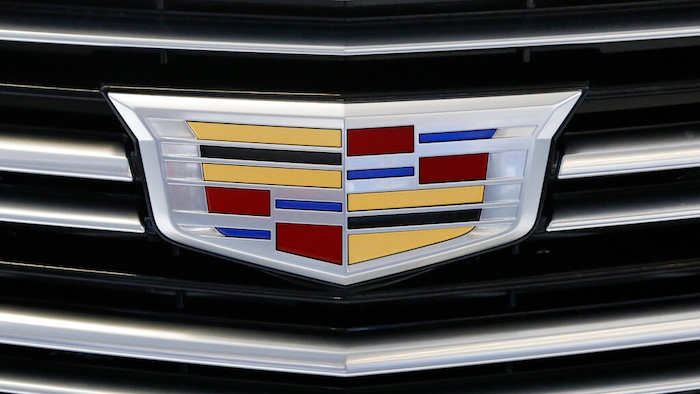 This Thursday, Feb. 11, 2016, file photo shows the Cadillac logo, a General Motors Co. brand, on display on a vehicle at the Pittsburgh International Auto Show in Pittsburgh. The U.S. government’s road safety agency on Wednesday, Nov. 11, 2020, is investigating complaints that the rear suspensions on older Cadillac SUVs can fail, causing drivers to lose control and possibly crash. The probe by the National Highway Traffic Safety Administration covers about 344,000 SUVs from 2010 through 2015.
AP Photo/Gene J. Puskar, File

DETROIT (AP) — The U.S. government's road safety agency is investigating complaints that the rear suspensions on some older Cadillac SUVs can fail, causing drivers to lose control and possibly crash.

The probe by the National Highway Traffic Safety Administration covers about 344,000 Cadillac SRX SUVs from the 2010 through 2015 model years. The agency says it has nine complaints about the problem from owners, including two that caused crashes. Three people were hurt.

About 290,000 Cadillac SRX and Saab 9-4X SUVs were recalled in 2014 for the same problem, but some of the owners who complained to the agency said they were not included in the recall. Saabs were made by General Motors, as are Cadillacs.

The agency says it will determine how many vehicles are having the problem. The probe could lead to a recall. A message was left Wednesday seeking comment from GM.

Documents posted on the agency's website on Wednesday say the toe link adjuster can separate on the SUVs. The toe link keeps the rear suspension stable and keeps the tires on the ground.

Investigators checked several of the vehicles and found corrosion caused thread wear on the adjustable part of the suspensions. The agency says that may have been caused by four-wheel alignments done after the recall service was performed.

In one of the complaints, an unidentified owner told NHTSA that in May of 2019 he was traveling on the New Jersey Turnpike when he heard a bang and the SRX spun out of control across three lanes of traffic. The Cadillac hit the side of a tractor trailer, the owner said, and then traveled back across those three lanes before it stopped in the far left lane. Two people were hurt.