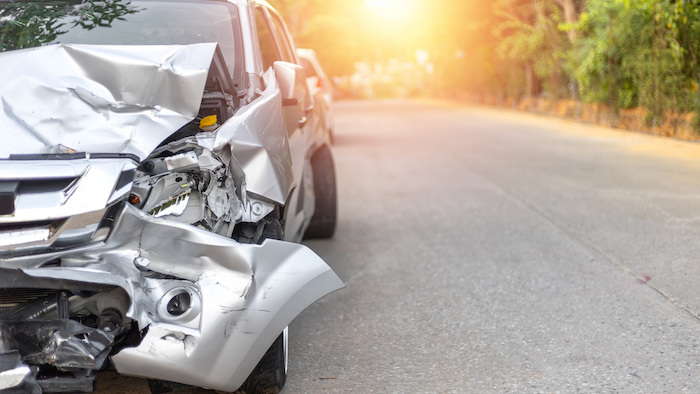 DETROIT (AP) — The rate of fatal automobile crashes in the U.S. jumped dramatically in March, even though the number of miles driven plummeted due to coronavirus stay-home orders.

The National Safety Council said Wednesday that based on preliminary figures from states, the number of fatal crashes per 100 million miles driven rose an “alarming” 14% compared with March of 2019.

The group pointed to anecdotal reports from states of an increase in reckless driving and speeding due to nearly traffic-free highways during shutdowns that were in effect in March, the latest month for which statistics are available.

“Per mile traveled, our roads are less safe than they were prior to COVID-19,” said Ken Kolosh, the safety council's manager of statistics.

The increase came even though stay-home orders didn't start in much of the nation until the middle of March, Kolosh said.

Yet the number of fatalities per 100 million miles driven was 1.22 in March compared with 1.07 a year earlier.

To be sure, the actual number of traffic deaths in the U.S. fell by 8% in March compared with a year earlier as miles traveled dropped 18.6%, according to the safety council. But Kolosh said deaths should have dropped by the same percentage as the number of miles driven.

In April, the Governors Highway Safety Association reported that emptier streets may be encouraging drivers to flout traffic safety laws. Many states reported dramatic increases in speeding. In Los Angeles, speeds were up by as much as 30% on some streets, while authorities in Colorado, Indiana, Nebraska and Utah clocked vehicles going over 100 mph, the association said.

The higher fatality rates run counter to previous recessions, when the number of fatalities per miles driven fell, Kolosh said. “Something very different is happening in this current circumstance with this pandemic,” he said. “A lot of drivers are taking the open roads as an invitation for an open season on speeding and other dangerous behaviors.”

Kolosh said it remains to be seen whether the behavior will continue as states ease stay-home orders and try to bring their economies back to normal.

But the safety council said that even with the number of highway deaths declining in March, they were up about 2% for the first three months of the year. This reverses a downward trend in fatal crashes, the council said.

Kolosh said a strong economy and mild winter in much of the nation caused people to drive more, increasing the number of deaths.

For the Memorial Day holiday weekend, the safety council estimates that 366 people will die on U.S. roadways. If the estimate holds, it will be the lowest number of deaths for the holiday period since 2014.