Tesla's announcement this week said nothing about how it will pay for the venture amid growing competition from Chinese and foreign brands that are developing dozens of electric car models. 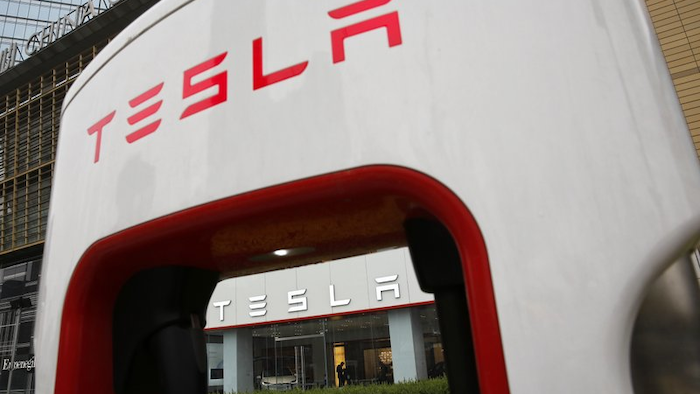 BEIJING (AP) — Electric vehicle producer Tesla Inc. says it will build its first factory outside the United States in Shanghai.

The step is logical for a company that looks to China as its No. 2 market. But Tesla faces growing competition from Chinese and foreign brands that are developing dozens of electric models. And its announcement said nothing about how it will pay for the venture.

Here are five things to know about Tesla's China plans:
___

The announcement comes amid an increasingly bitter U.S.-Chinese tariff battle. But the Palo Alto, California-based company has been talking with the Shanghai city government since last year about a possible factory. The timing appears to be driven by Beijing's April announcement that it would end restrictions that required foreign automakers to work through local partners. Other automakers including General Motors Co. and Nissan Motor Co. have been reluctant to bring electric car technology into China to avoid having to share it with potential future competitors in such joint ventures.
___

China is the No. 1 electric vehicle market, with total 2017 sales of 468,000, or more than double the U.S. level of 200,000. Beijing is promoting the technology with subsidies and a requirement for every automaker to sell electrics starting next year or buy credits from rivals that do. China already is Tesla's No. 2 market after the United States. Producing cars in China would eliminate risks from tariffs and other import controls. It also would help to develop a network of parts suppliers to support service and make Tesla more appealing to mainstream buyers.
___

WHO PAYS FOR THIS?

A make-or-break question for a startup in a capital-hungry industry. Tesla lost $710 million in its latest quarter, though it says it should turn profitable soon. The company's $5 billion Nevada battery factory was financed with help from a $1.6 billion investment by battery maker Panasonic Corp. Tesla has yet to give a price tag for the Shanghai factory, but the city government said it will be the biggest foreign investment there to date. Plans call for annual production capacity to eventually reach 500,000 cars.
___

WHAT ARE TESLA'S PROSPECTS IN CHINA?

Tesla's estimated 2017 sales of under 15,000 vehicles gave it a market share of under 3 percent. That gives it plenty of room to grow in a Chinese market that still is expanding, while U.S. and European demand is flat. Also, Tesla will vastly exceed Beijing's requirement that electrics make up at least 10 percent of every brand's sales next year. That might mean it earns credits it can sell to automakers that fail to meet their quotas.
___

WHAT ABOUT THE COMPETITION?

Fierce and growing. Local brands including BYD Auto already sell tens of thousands of hybrid and pure-electric sedans and SUVs annually. BAIC Group's EC line, starting at $22,000, sold 13,000 units in December, nearly matching Tesla's 2017 total. GM, Volkswagen AG, and other global automakers are plowing billions of dollars into developing low-cost models with local partners. They are due to hit the market starting as early as this year, well before Tesla is up and running in Shanghai.

The situation could have left Ford and Volkswagen scrambling for batteries.
Apr 12th, 2021
Follow Us
Most Recent