Honda Motor Co. will make 800 per year in Ohio for global shipment. 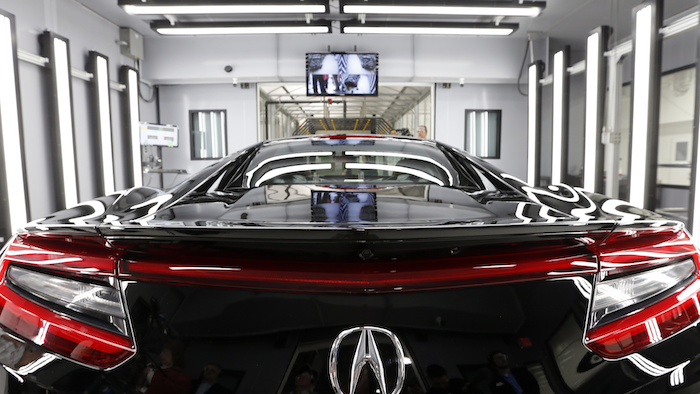 The next generation of Acura's top-of-the-line NSX is ready to begin full production in Ohio in late April — the first time in the car's 27-year history that it will be made outside of Japan.

Honda Motor Co. confirmed the start of production of its new specialty car on Thursday. It will make 800 per year in Ohio for global shipment.

Honda's decision to build its top Acura specialty car in North America is a conscious decision to tap the U.S. market and distinguish itself from European competitors, such as Lamborghini, Ferrari and others, said engineering project leader Clement D'Souza.

"The new level of craftsmanship that we are promoting through this car, the technology that we are putting into this car, cascading down to the rest of our vehicles, will also help the brand image," he said. "Overall, companywide, it's going to be a huge boost not only to the Acura brand, but also to the Honda brand global-wide." 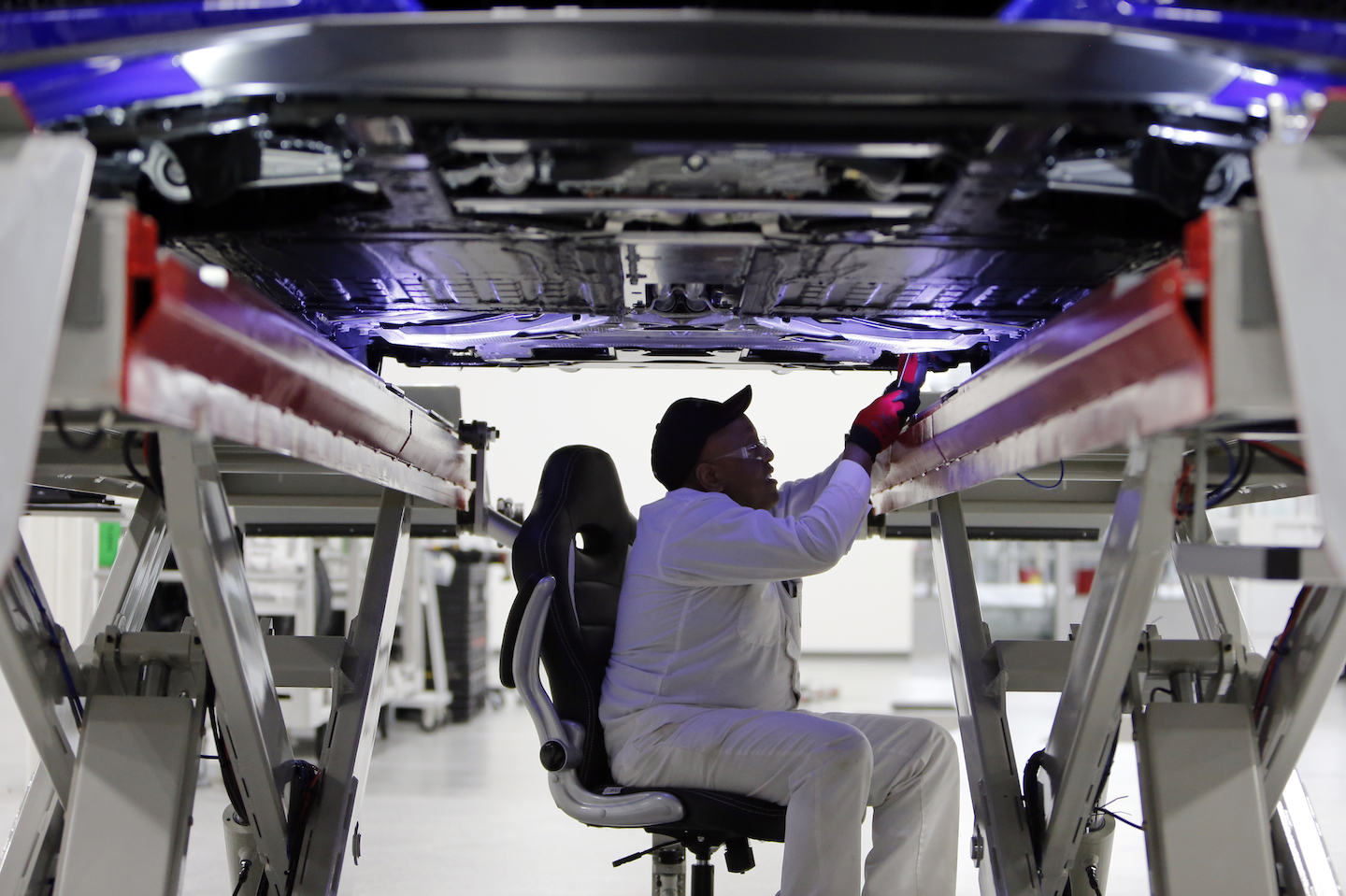 The 2017 NSX starts at $156,000. It features a 3.5-liter twin-turbocharged V-6 engine with 573 horsepower that is hand-built in nearby Anna, Ohio. It's an all-wheel-drive hybrid, with three electric motors that assist in acceleration and handling.

It's been about four years in development. Acura announced plans to bring back the NSX — which was last produced in 2005 — at the 2012 auto show in Detroit.

Matt DeLorenzo, managing editor at Kelley Blue Book, said the U.S. is going to be one of the car's biggest markets and Acura is looking to American production of the automobile as both a convenience and a selling point to customers.

A gleaming, spacious production facility — with windowed views onto painting, quality testing and other processes often hidden from view — is intended so potential buyers can see the process up close, he said. The centrally located Midwest state could be an attractive closer-to-home alternative than Honda's Takanezawa plant in Japan.

"It's a lot easier to get to Columbus than it is to Tochigi," DeLorenzo said.

The plant where the car is being built was constructed from the ground up to incorporate what the company says is an ideal synergy of human labor and machine technology.

Each component is hand assembled and each of 547 bolts is hand-started and manually tightened by a master technician. Meanwhile, significant portions of the welding, painting and assembly work are completed by highly specialized robots, one nicknamed the T-Rex. 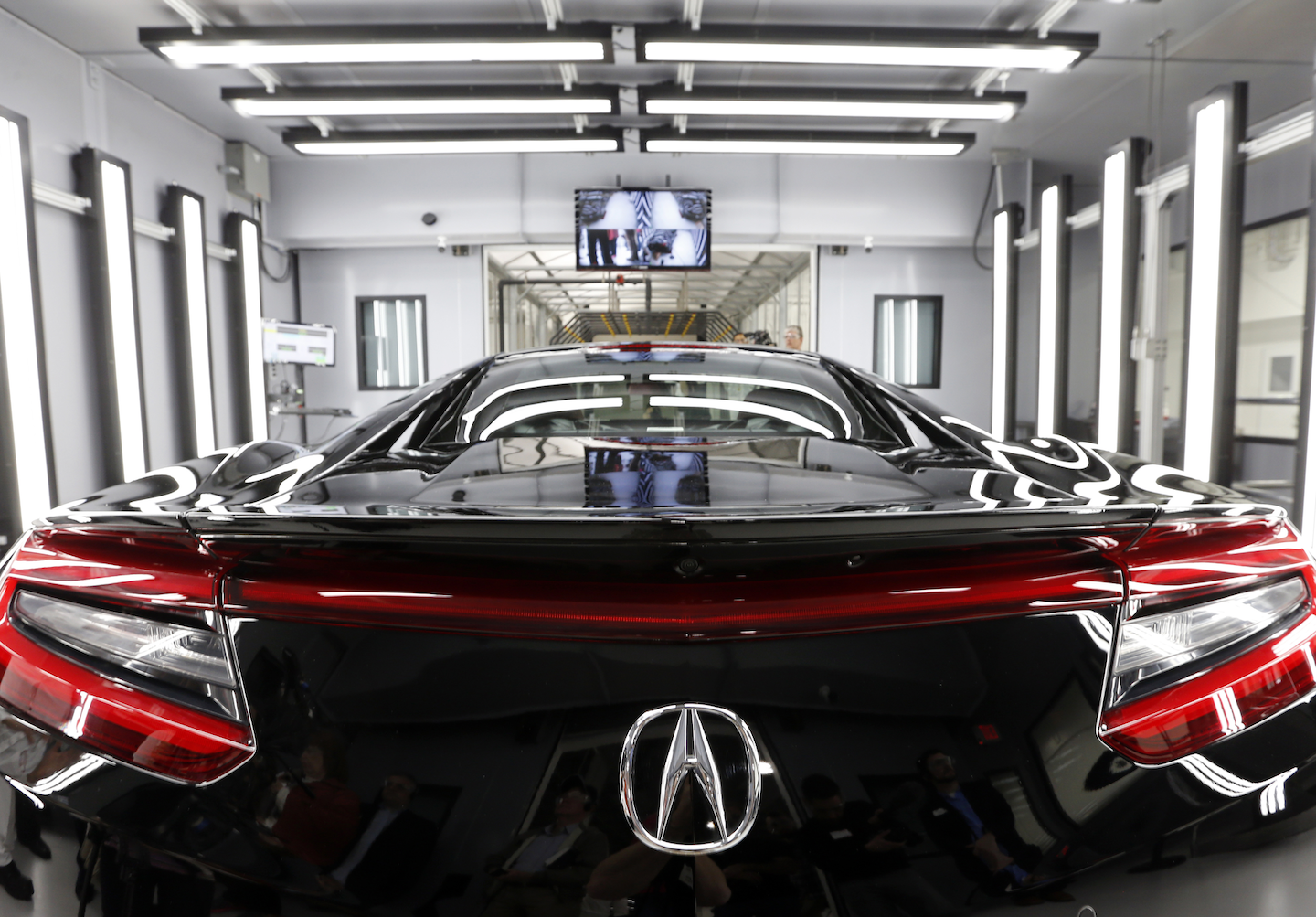 "We have questioned everything," said Doug Duff, who handles vehicle quality testing at the center. "By questioning everything we have done, it's led to a lot of new ideas." That includes 21 U.S. patent applications associated with the manufacturing process.

The facility has been operating four, 10-hour shifts a week as ramps up to a full production schedule of 8 to 10 cars daily.

Its assembly line is also operated by around 100 humans, who manually push vehicles mounted on dollies from station to station every 62 minutes. By contrast, a traditional assembly station at the company's neighboring Honda plant is completed in 52 seconds.

Executive vice president Tom Shoupe said it's significant that, over Acura's now 30-year history, more than half of its cars sold in the U.S. were also manufactured in North America. He said it is part of a company vision laid out in 1987 to bring its products closer to its customers.