Muscle, Glitz And A Minivan: A Look At Detroit Auto Show 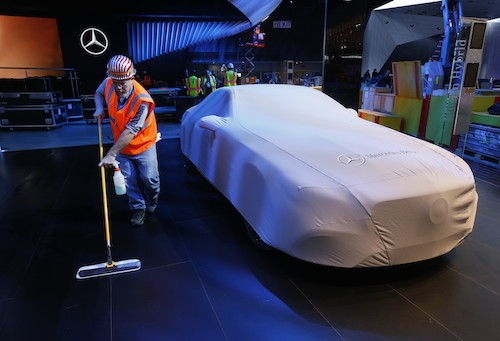 That sound of engines revving? It's coming from Detroit.

The North American International Auto Show opens next week in the Motor City. Automakers will debut around 45 new production vehicles and experimental concept cars during the media preview Monday and Tuesday. Starting Jan. 16, the public can see 750 cars spread over 17 acres at Detroit's Cobo Center.

The Detroit show isn't the biggest in terms of public attendance or square footage — in the U.S., those honors go to New York and Chicago. But Detroit attracts the most media: More than 5,000 journalists from 60 countries and 40 states. The show is also a hot ticket for tens of thousands of automotive engineers, designers and other industry attendees. 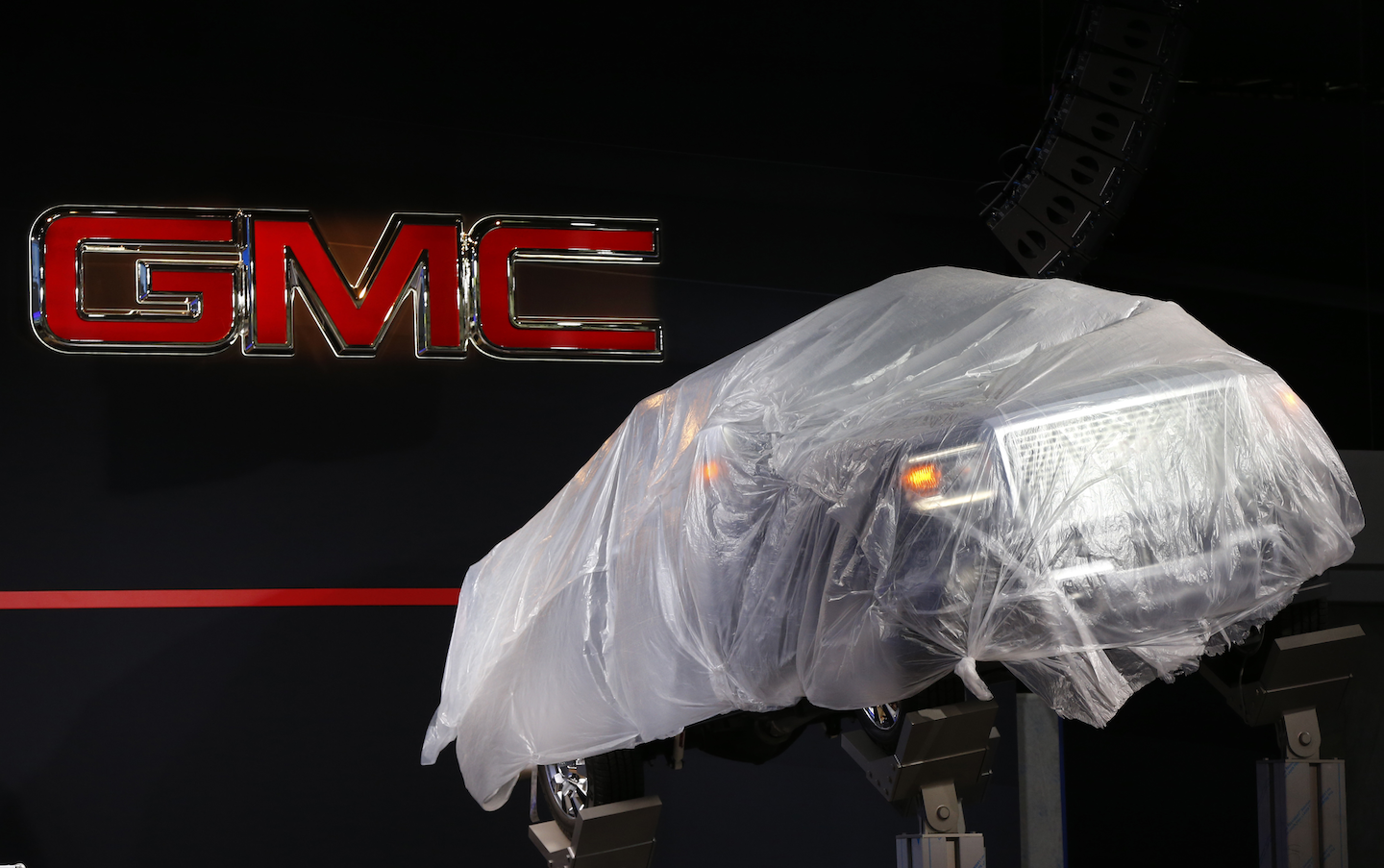 Here are some things to know about the Detroit show:

Last year, the Ford GT and Acura NSX supercars stole the show. This year, it's the humble minivan's turn. Chrysler will debut an all-new minivan, the vehicle it invented 33 years ago. But there will be some flashier cars, too. Porsche will debut a 911 Turbo and Mercedes-Benz will show the sporty SLC coupe. Honda and Nissan will unveil pickup trucks and Volvo and Hyundai will show new sedans.

The Detroit show floor will be completely new this year, its first major renovation in five years. Automakers have moved to new spots and spent $200 million on flashy new displays. Show organizers say the new plan reflects changes in the industry — Fiat Chrysler, for example, has more room to stretch out — and groups luxury makers together. A new mobile app will help guide visitors around and flash information about cars to them through electronic beacons placed throughout the floor. 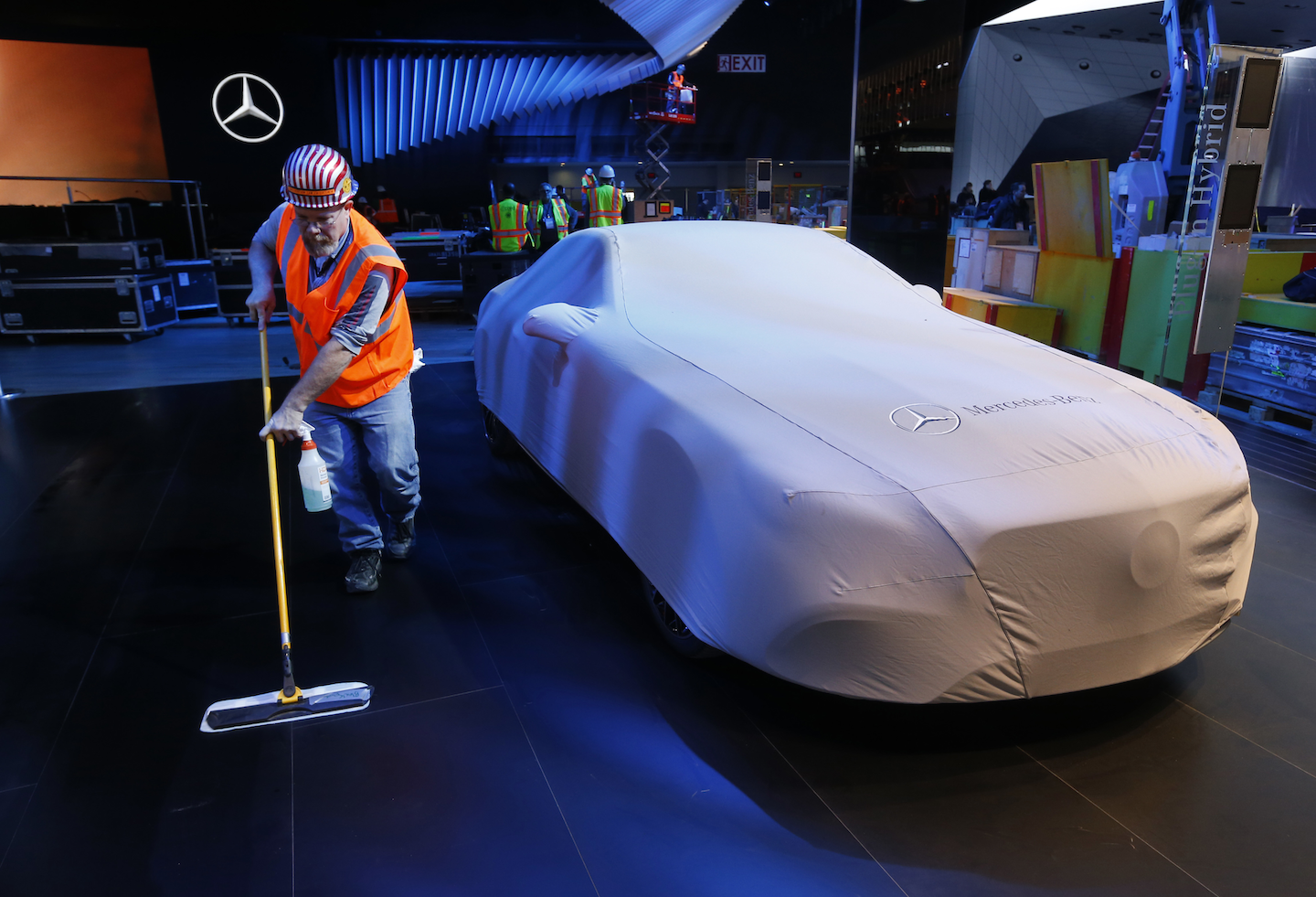 Several brands who have had displays at the Detroit show in the past won't be attending this year, including Tesla Motors, Mini, Jaguar and Land Rover. They have different reasons for the change. Tesla generally doesn't make a splash at auto shows, preferring to unveil new cars on its own timeline. But the company also has frosty relations with Michigan, which currently bans Tesla's retail stores. Jaguar Land Rover wants to focus on the luxury-oriented New York and Los Angeles shows, and Mini is also skipping the Geneva show. Detroit is getting one returning ultra-luxury brand, however: Aston Martin, which last attended the Detroit show in 2009.

Low gas prices have hurt sales of electric and hybrid vehicles. U.S. sales of the electric Nissan Leaf dropped 43 percent last year. But automakers are still exploring alternatives to gas-powered vehicles, partly because they have to meet higher fuel economy standards. Lexus will show a hydrogen fuel cell-powered sedan, the LF-FC, in Detroit, while Ford is expected to have a new plug-in hybrid version of its Fusion sedan. GM will show the electric Chevrolet Bolt, which can go 200 miles on a charge and will go on sale later this year. 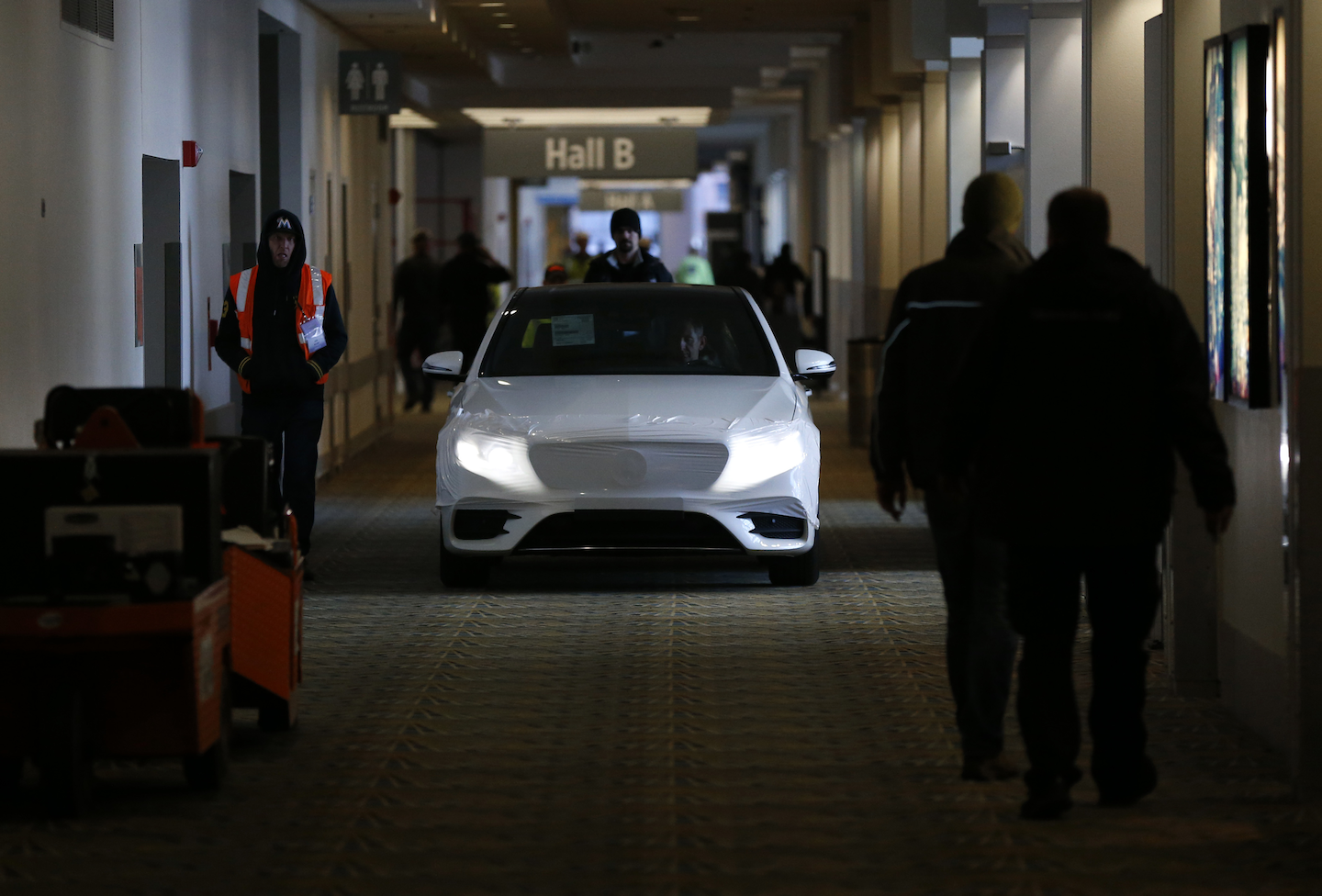 A Mercedes-Benz automobile is moved to the show floor. (AP Photo/Paul Sancya)

Some say there are now two big auto shows in January: the Detroit show and the CES gadget show in Las Vegas. Automakers, eager to show off the increasing amount of technology in their cars, are choosing to debut autonomous systems, dashboard electronics and even entire vehicles at CES, which is going on this week. This year, General Motors debuted its Chevrolet Bolt electric car at CES, while Volkswagen showed its experimental BUDD-e electric microbus. Kia promised a self-driving car by 2030, while Ford and BMW announced in-car apps that will let drivers control their home appliances using voice commands.