Fuji Heavy Industries Ltd. said Thursday it is recalling 10,143 Subaru Legacy sedans with turbo-charged engines sold in Japan to fix a programming fault that could cause engine damage. 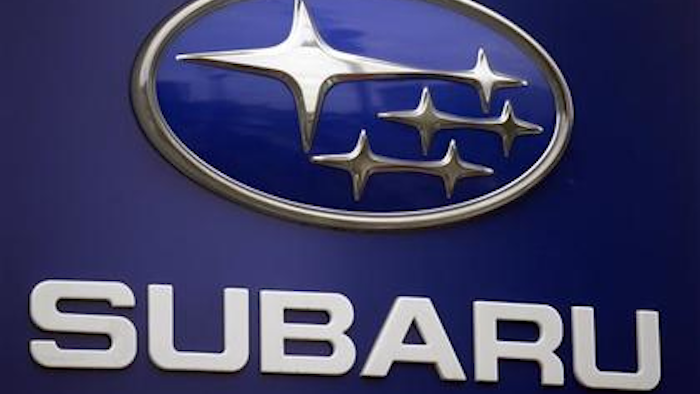 TOKYO (Kyodo) -- Fuji Heavy Industries Ltd. said Thursday it is recalling 10,143 Subaru Legacy sedans with turbo-charged engines sold in Japan to fix a programming fault that could cause engine damage.

In a report filed with the transport ministry, Fuji Heavy said wrongly programmed computers in vehicles produced between April 2012 and last month may cause the engine cylinders to fire prematurely upon sudden acceleration.

That can lead to piston and spark plug damage, and the added vibration could cause engines to stall, it said.

No accidents have been attributed to the fault, but four reports have been made of excess vibration when accelerating uphill.

The Japanese automaker said it will deal with the roughly 16,600 affected vehicles sold overseas according to each country's rules.