The deal gave a lift to the order book for the Max, which was grounded for nearly two years. 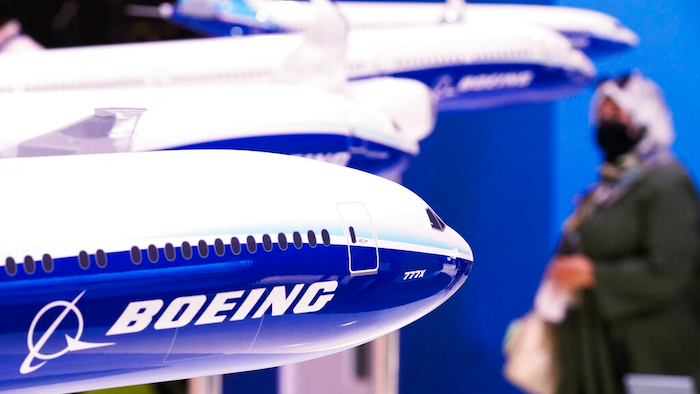 The companies struck the agreement, which includes spare engines and long-term servicing, at the Dubai Air Show, the five-day trade expo underway in the United Arab Emirates' commercial hub. Chicago-based aviation giant Boeing Co. scored its first major sale of the show on Tuesday, clinching a deal with Akasa Air, a new budget carrier backed by Indian billionaire Rakesh Jhunjhunwala, to sell 72 Maxs for some $9 billion.

The substantial deal gave a lift to the order book for the Max, which was grounded for nearly two years after two fatal crashes in Ethiopia and Indonesia. American regulators re-certified the plane for a return to service last year, and India lifted the ban just months ago.

The Dubai Air Show typically pits Boeing and its European rival Airbus against each other in the crucial Mideast market filled with long-haul carriers connecting East and West. Airbus has announced three multibillion-dollar sales this week — although that's still a distant cry from the tens of billions of dollars in orders at previous shows before the global pandemic struck and ravaged the aviation industry.

Mohammed bin Zayed Al Nahyan, Crown Prince of Abu Dhabi and the country's de facto ruler, was on hand at the Dubai convention center Wednesday, touring showcases of missile defense systems and Israel's military-industrial behemoths, which are presenting for the first time after the countries normalized relations last year.