China was the first country to ground the 737 Max in 2019 and still cites "major safety concerns." 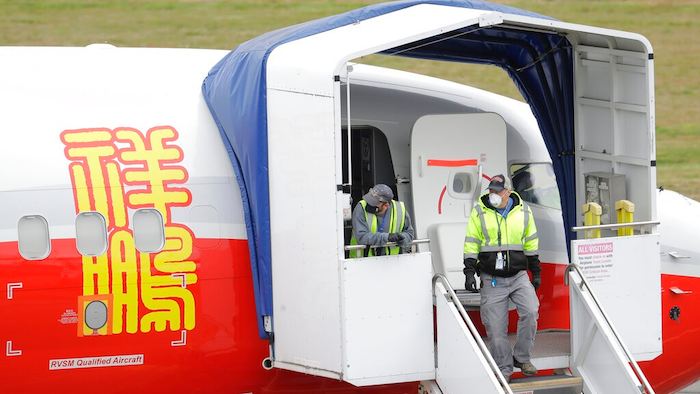 BEIJING (AP) — Beijing isn’t ready to follow the United States in allowing Boeing’s 737 Max back into the air after a pair of fatal crashes two years ago.

China was the first country to ground the 737 Max in 2019 after crashes in Indonesia and Ethiopia killed a total of 346 people. American regulators approved the plane in November to resume commercial flights after Boeing made technical changes and a new training regime was put into place for pilots.

“Major safety concerns” raised by Chinese regulators have not been fully resolved, said Dong Zhiyi, deputy administrator of the Civil Aviation Administration of China, at a news conference.

Design changes must pass approval for airworthiness, pilots must receive “effective flight training” and conclusions of investigations into the two crashes must be clear, Dong said.

“The technical review has not yet entered the certification and flight test stage," Dong said Monday. He gave no timeline for when that might happen.

China is, along with North America and Europe, one of the biggest markets for Boeing Co. and its European rival Airbus. That makes the 737 Max’s approval by Beijing important for its commercial success.

Crash investigators blamed anti-stall software that countered the plane’s tendency to tilt nose-up because of the size and placement of the engines. That software pushed the nose down repeatedly, overcoming the pilots’ struggles to regain control. In each case, a single faulty sensor triggered the nose-down pitch.

The new software now requires inputs from two sensors to activate the software, which Boeing says does not override pilot controls.

Chinese airlines own about 100 737 Maxes, according to news reports.