An evaluation board is scheduled to start its assessment next week. 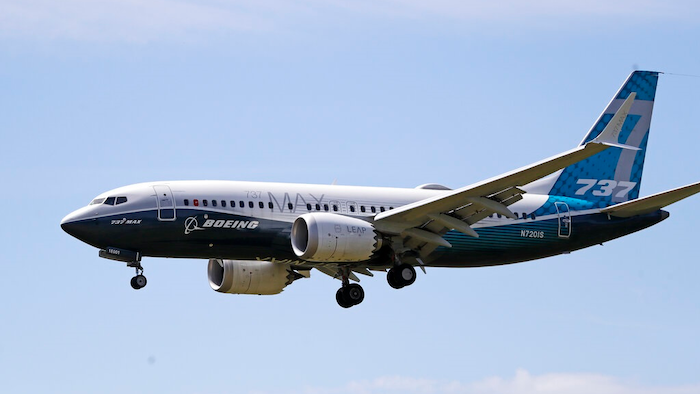 In this Monday, June 29, 2020 file photo, a Boeing 737 MAX jet heads to a landing at Boeing Field following a test flight in Seattle, USA. Europe’s flight safety authority says the first flight tests for the Boeing 737 Max, which has been grounded worldwide after two deadly crashes revealed design issues with the jet, have now been completed.
AP Photo/Elaine Thompson, file

BERLIN (AP) — Europe’s flight safety authority said Friday the first flight tests for the Boeing 737 Max, which has been grounded worldwide after two deadly crashes revealed design issues with the jet, have now been completed.

The test flights conducted over the past week by the European Aviation Safety Agency took place in Vancouver, Canada, because of travel restrictions due to the coronavirus and are now complete, the agency said.

“As the next step in its evaluation of the aircraft for return to service, EASA is now analyzing the data and other information gathered during the flights,” the agency said.

The data will then be turned over to EASA's joint operations evaluation board, which is scheduled to start its assessment next week in London.

EASA emphasized it has been working with the U.S. Federal Aviation Administration, which began its own recertification test flights in June, and Boeing “to return the Boeing 737 Max aircraft to service as soon as possible, but only once we are convinced it is safe.”

Last month, the FAA outlined a list of design changes required before it would lift its order grounding the aircraft.