The FAA says Boeing managers pressured and harassed employees and threatened to replace them. 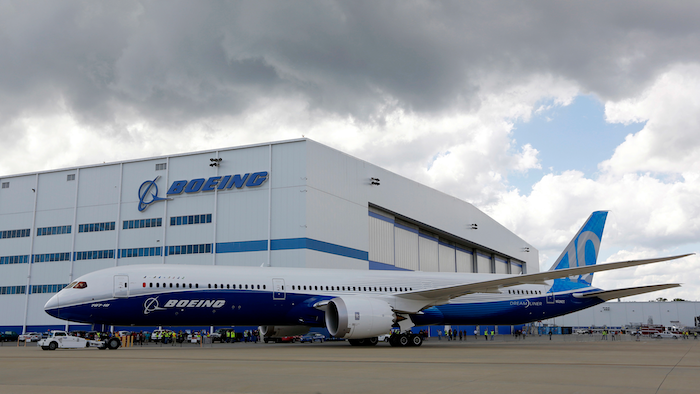 Federal officials are seeking to fine Boeing $1.25 million, saying Wednesday that company managers pressured employees who were designated to perform safety-related work for the government at an aircraft factory in South Carolina.

The Federal Aviation Administration said that over a nearly two-year period, Boeing managers pressured employees to inspect a plane before it was ready, harassed inspectors to speed up, and threatened to replace them.

Sometimes managers at the plant in North Charleston waited outside a plane to keep track of how long it took safety-unit members to perform inspections, the agency said.

And Boeing retaliated against a safety-unit manager for complaining about undue pressure by not interviewing the “highly qualified manager” for a promotion, the FAA said in an enforcement letter to Boeing officials.

Chicago-based Boeing said it investigated the allegations, reported them to the FAA, and took corrective action.

The proposed civil penalties “are a clear and strong reminder of our obligations,” company spokesman Peter Pedraza said in a statement. “Undue pressure of any type is inconsistent with our values and will not be tolerated."

For decades, the FAA has relied on employees of aircraft manufacturers to carry out some safety-related tests and analysis. The approach saves the government money, but it has come under scrutiny in Congress since two deadly crashes involving Boeing 737 Max jets, which are built at a separate plant near Seattle.

Boeing has 30 days to respond to the FAA proposal to levy civil penalties. Companies often negotiate to reduce or eliminate the fines.

The FAA lodged two complaints against Boeing. The first, for which the agency is seeking a penalty of $1.07 million, deals with how Boeing set up its program for having designated employees carry out safety functions on behalf of the FAA. They do inspections and issue certificates when a plane meets safety standards. They are supposed to be independent from other company workers.

The FAA said that from November 2017 to July 2019, Boeing employees in two different units at the South Carolina plant reported to managers who were not approved for those jobs and weren’t in position to look out for the FAA’s interests. Workers were subjected to undue pressure or interference by at least four managers, including a vice president, the FAA said in a letter to Boeing officials.

The FAA proposed a smaller civil penalty, $184,522, for an event in February in which “Boeing managers exerted undue pressure or interfered with” employees who were conducting a final inspection of a Boeing 787-9 jetliner before it left the factory.

The plane was being held up while safety employees tried to verify that a nonworking light had been repaired according to instructions. An employee for subcontractor Safran who did the work didn't have the instructions and drawings but made a false log entry indicating they did, according to FAA. The agency faulted Boeing for not ensuring the work was done properly.