California Company to Build and Test Rockets in Mississippi

A California rocket company announced Tuesday that it plans to build and test rockets at a NASA facility in Mississippi, part of its bid to use three-dimensional metal printing to reduce the complexity of rocket building.

A California rocket company announced Tuesday that it plans to build and test rockets at a NASA facility in Mississippi, part of its bid to use three-dimensional metal printing to reduce the complexity of rocket building.

Los Angeles-based Relativity said that it would invest $59 million, with a plan to increase to 200 workers from 90 current employees.

The company will lease space from NASA at Stennis Space Center on the Mississippi Gulf Coast. The facility has long hosted rocket tests.

State and local governments are likely to give Relativity more than $4.7 million in aid and tax breaks over the next 10 years as part of the deal.

Mississippi Development Authority spokeswoman Tammy Craft says the state will give the company $1.5 million to renovate a building. Relativity will also be eligible to have the state rebate a portion of worker income taxes because it will pay workers more than $37,000 a year on average. That could be worth $2.8 million over 10 years. The state will also grant the company a 10-year exemption from income and franchise taxes, as well as sales taxes on construction and equipment.

Hancock County Port & Harbor Commission Chief Development Officer Janel Carothers said the company could be eligible for up to $400,000 in property tax exemptions over 10 years.

Relativity plans to build rockets through three-dimensional metal printing, saying that process will allow it to make rockets in less than 60 days. The company also is developing its own rockets and engines. Relativity hopes for an orbital test launch in 2020 and to begin commercial service in 2021, launching from Cape Canaveral in Florida.

"The integration of our 3D printing rocket production and testing facilities on one site will enable Relativity to offer greater flexibility to commercial and government entities needing faster, more frequent and lower cost access to space." said Jordan Noone, cofounder and chief technical officer of Relativity. 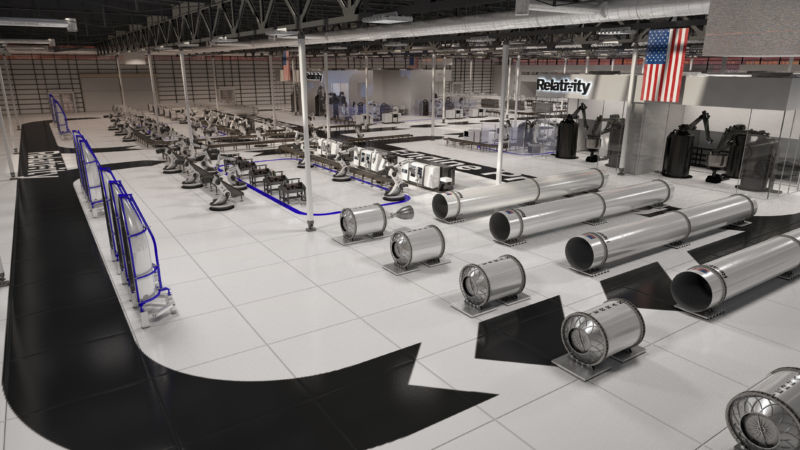