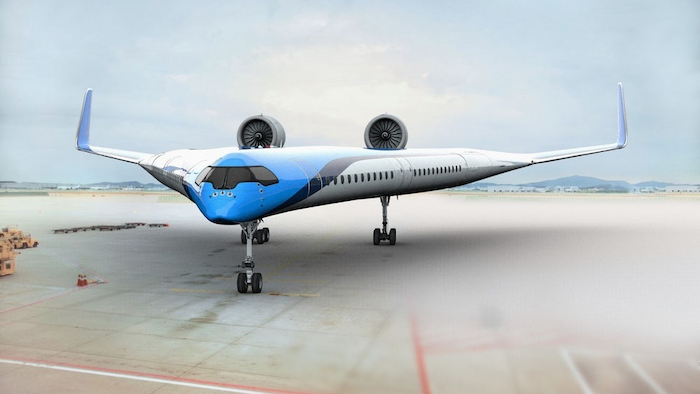 Every once in a while an experimental plane is displayed in an effort to show the innovative spirit of the organization building it, as part engineering experiment and part marketing project. The latest display is a university student’s design picked up by the national carrier KLM Royal Dutch Airlines.

In the announcement from CNN on Tuesday, KLM shows off plans for the Flying-V aircraft, designed by Justus Benad of the Technical University of Berlin and developed further by a research team at the Delft University of Technology. It looks like a mixture between a stealth aircraft and a passenger jet, with the passenger seating, cargo hold, and fuel tanks all incorporated into the wide, V-shaped wings.

The Flying-V can carry 314 passengers, similar to the Airbus A350, but use 20 percent less fuel. Although it looks wide, the 213-feet width is well within standard airport infrastructure. The fuel efficiency comes from both the shape and the relatively light weight, said Roelof Vos, project leader at the Delft University of Technology.

"Aviation is contributing about 2.5 percent of global CO2 emissions, and the industry is still growing, so we really need to look at more sustainable airplanes," said Vos in a statement to CNN. "We cannot simply electrify the whole fleet, as electrified airplanes become way too heavy and you can't fly people across the Atlantic on electric airplanes—not now, not in 30 years. So we have to come up with new technologies that reduce fuel burn in a different way.”

So far, the university team has worked on making sure the fuselage shape actively strengthens the life of the aircraft. They have done mathematical testing and early wind tunnel tests so far, but are still working on creating a full-scale, flyable model. If that goes according to plan, it will see its maiden flight in September.

“We need to do much more testing in wind tunnels—high speed and low speed—to demonstrate that this airplane is efficient as we think,” Vos told CNN.

And if that doesn’t get off the ground, there’s always the marketing angle—a mock-up of the plane’s cabin will be open to the public at Schiphol airport in Amsterdam in October, to help ring in KLM’s 100th anniversary. 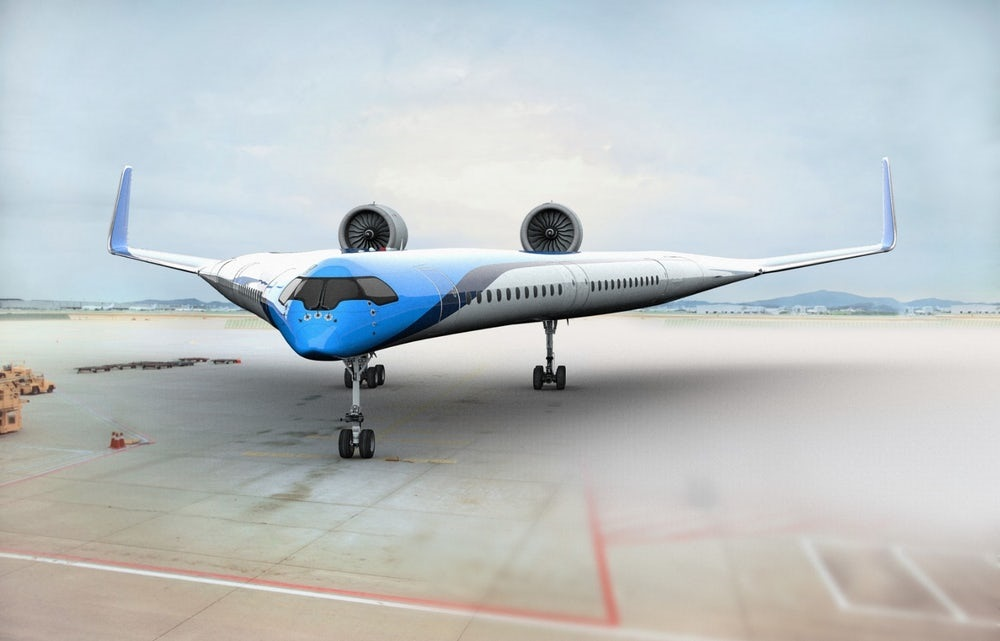